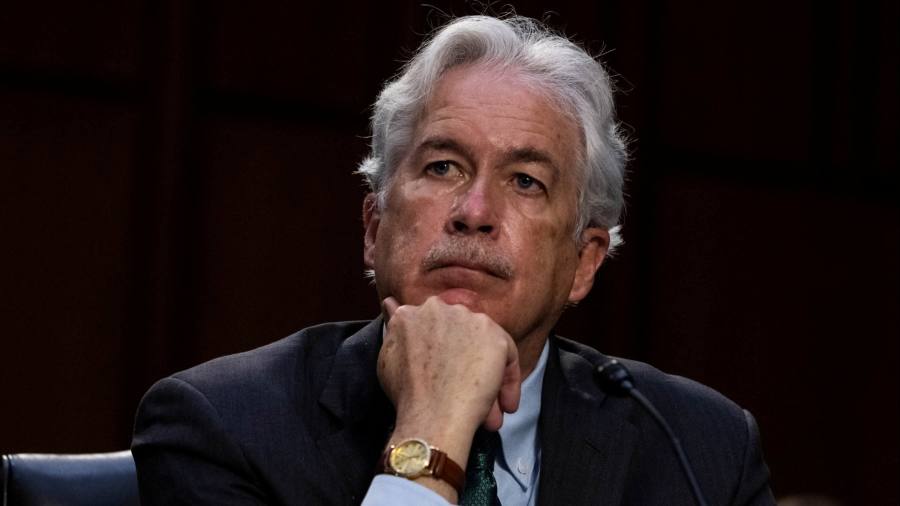 Burns delivered his warning at a meeting with his Russian counterpart Sergei Naryshkin in Ankara, Turkey, on Monday, the US said.

“He is conveying a message on the consequences of the use of nuclear weapons by Russia, and the risks of escalation to strategic stability,” the White House said on Monday.

Burns’ meeting with foreign spy chief Naryshkin — the first confirmed in-person contact at a senior level between the US and Russia since Russia’s full-scale invasion of Ukraine began in February — comes at a tense juncture in the war.

US officials have expressed concerns that Putin could use a tactical nuclear weapon or other weapon of mass destruction on the battlefield, particularly as Russian forces continue to face military setbacks.

Russian forces retreated from Kherson last week, depriving Putin of the only regional capital seized during the nine-month invasion. The Russian president is also facing the prospect of losing a territory he annexed in a ceremony in the Kremlin in September.

When he announced the annexation, Putin said Moscow would use “all the means at its disposal” to protect its new territories — and made veiled threats to use nuclear weapons to do so.

But Putin’s escalation failed to deter Ukraine, whose better-equipped, larger force continued to retake territory just days after Putin claimed it was part of Russia.

Losing Kherson — which Russia has tried to frame as a “manoeuvre” rather than a humiliating withdrawal — is one of the biggest setbacks for Moscow yet.

Dmitry Peskov, Putin’s spokesman, said he could “only” declare that Kherson was “territory of the Russian Federation” on Monday, as Ukraine’s president, Volodymyr Zelenskyy, visited the city to a rapturous reception from soldiers and locals who had spent months living under occupation. Russian forces had taken over the provincial capital in March.

Nuclear tensions intensified last month after Russia accused Ukraine of preparing to use a crude explosive device with radioactive material known as a dirty bomb, sparking fears that Moscow might be creating a “false flag attack” to be blamed on Kyiv.

But US officials said fears had calmed after a phone call between western defence chiefs and their Russian counterpart, Sergei Shoigu.

Speaking at a conference last month, Putin said Russia would not use nuclear weapons in Ukraine because there was “no military or political sense” in doing so, even as he repeated the claims about Ukraine’s supposed dirty bomb.

US national security adviser Jake Sullivan has also been holding talks with senior Russian officials to try to calm nuclear tensions, according to people familiar with the discussions.

The meetings between the US and Russian intelligence chiefs come as some in the Biden administration see an opportunity for possible peace talks as fighting is expected to slow in the winter.

“It’s probably going to be static over the winter; there will be fighting but it will be relatively static and then there will be a window of opportunity for negotiations,” Mark Milley, chairman of the US joint chiefs of staff, said last week.