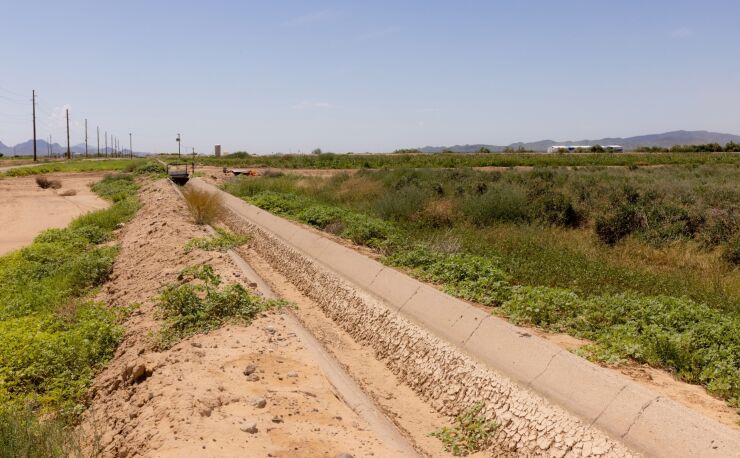 Arizona’s water financing agency should think big when it comes to the state’s hunt for new water supplies amid a persistent drought.

That was the message from board members of the relaunched Water Infrastructure Finance Authority at its inaugural meeting Thursday.

State lawmakers passed legislation in June making WIFA, which dates back to 1989 and which was part of the Arizona Finance Authority, into a stand-alone entity authorized to issue bonds for water supply development projects, including the importation of water.

“We are going to need to review very complex ideas and I hope we can stay focused on big ideas that can really make a difference,” said David Beckham, who was elected WIFA’s board chairman.

Beckham, a principal in Beckham Gumbin Ventures, a real estate investment firm, was one of Gov. Doug Ducey’s five appointments to the nine-member board. Republican and Democratic leaders of the state House and Senate also appointed a board member each.

WIFA is empowered to sell long-term water augmentation bonds, enter into public-private partnerships for water-related facilities, and oversee water-related revolving fund programs. The agency could also pursue bringing desalinated water to Arizona from Mexico, a plan Ducey outlined in his finalState of the State address in January.

The state’s fiscal 2023 budget included $1 billion over three years to protect and expand the state’s limited supply of water as persistent drought conditions shrink the output of the Colorado River, decreasing allocations. Arizona, which saw 40% population growth between 2000 and 2020, is one of seven states that depend on the river to provide water for 40 million people.

Citing worsening drought conditions, the U.S. Bureau of Reclamation in August announced reductions in downstream releases of water from the Glen Canyon and Hoover dams on the Colorado River. For lower basin states, including Arizona, ” the reductions represent the second year of additional shortage declarations, demonstrating the severity of the drought and critically low reservoir conditions,” the bureau said in a statement.

Soon-to-depart Arizona House Speaker Russell “Rusty” Bowers, who lost a Republican primary for a state Senate seat, urged the board to “move with dispatch forward.

“I’d also like to suggest that there should be a prioritizing of what is most critical and that isn’t to have necessarily a big pot of water,” he said. “We need at the same time to make sure our distribution systems and our cities have properly prioritized the upkeep and maintenance of their water systems.”