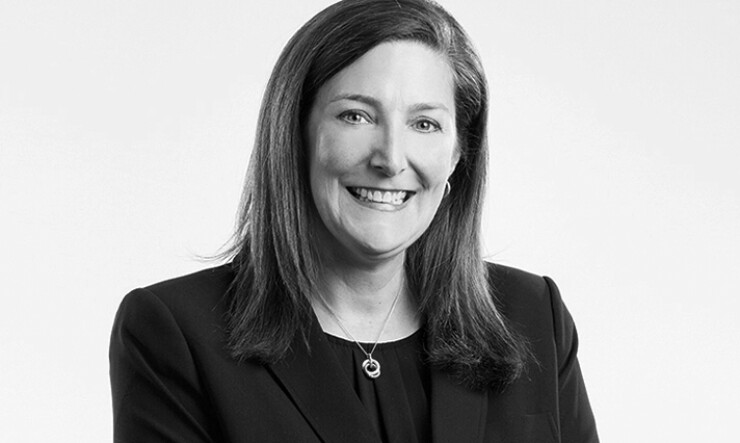 Chicago could win an upgrade into the single-A category if its new pension funding policy remains on track, S&P Global Ratings said in shifting the city’s general obligation outlook to positive from stable.

The actions mark the latest in a string of good rating news for the city with upgrades from Moody’s Investors Service, which restored the city to investment grade, and Fitch Ratings, which lifted the city a notch to BBB with a positive outlook.

S&P analysts laid out a clear path toward achieving an upgrade.

“Should Chicago preserve financial and operating stability through any potential recessionary pressures and maintain its commitment to advance pension funding, we believe there is a one-in-three chance of raising the rating over the next two years,” S&P said. “Following through on the advance pension funding is a critical part of the rating trajectory that will be necessary to achieve an upgrade.”

The city’s long-standing structural budget imbalance has held its rating at BBB-plus — a cap placed on ratings when the borrower lacks a plan to address the gap. Chicago’s imbalance was fueled by the use of one-time fiscal maneuvers and pension contributions that fell short of actuarial standards.

Former Mayor Rahm Emanuel overhauled pension funding and began shedding the reliance on one-shots. Mayor Lori Lightfoot honored escalating pension payments to put all four of the funds on a path to a 90% funded ratio between 2055 and 2057 with actuarially based contributions now in place and amplified efforts to structurally balance the books with new recurring revenues put in place and trimming costs.

“In the past four years, Chicago made significant strides to achieve financial stability and executed transformative changes that built on the successes of the previous decade,” said S&P analyst Jane Ridley.

S&P considers the city’s operations to be structurally “well matched” but given flaws with the pension funding structure that aims for a 90% funded ratio over a preferred 100% target there remains a structural imbalance from a funding perspective, Ridley said.

Lightfoot’s revised debt and pension policy unveiled in her 2023 budget that calls for supplemental annual contributions tied to an amount needed to keep the unfunded tab from growing doesn’t fully address that imbalance but it strengthens the funding plan enough that S&P lifted the BBB-plus cap and shifted the outlook. Analysts also believe the city has demonstrated the fiscal discipline needed to honor the policy.

“It’s still going to be a weakness on the credit going forward but it is moving in the right direction” and getting closer to full funding of an actuarial contribution will be considered in the ratings trajectory, Ridley said. Chicago’s rating does remain under a single-A cap because of the ongoing structural imbalance on pension contributions.

The 2023 supplemental, or advance payment as the city is calling it, totals $242 million and will be made on top of a statutory actuarial contribution of $2.37 billion.

Chicago posted on its investor site a revised debt and pension management policy that incorporates the “annual advance pension payment.”

“Starting in fiscal year 2023, the city will annually budget for an advance pension contribution which, in addition to the statutorily required contribution, and in the determination of the CFO, will not increase the total net pension liability of the city’s four pension funds based on best efforts projections and information available at the time of budget,” the policy says.

The city will calculate the amount based on the Governmental Accounting Standards Board 67/68 calculation of net pension liability included annually in the city’s annual comprehensive financial report.

The policy isn’t codified into ordinance form so whether the current future mayors will adhere to it, especially during an economic downturn, can’t be assured.

Lightfoot is seeking a second term in the February contest. If no one candidate in the crowded field wins 50% of the vote a runoff between the two top vote-getters is held in April.

“Even with the possibility of a change in administration following the 2023 mayoral election, we expect the newly expanded debt and pension policy will continue regardless of who is at the helm,” S&P said.

The city’s targeted 90% funded ratio isn’t achieved until 2055 for the police and fire funds and 2058 for the municipal and laborers funds. The city has $33.7 billion of net pension liabilities and a $2 billion other post-employment benefits liabilities.