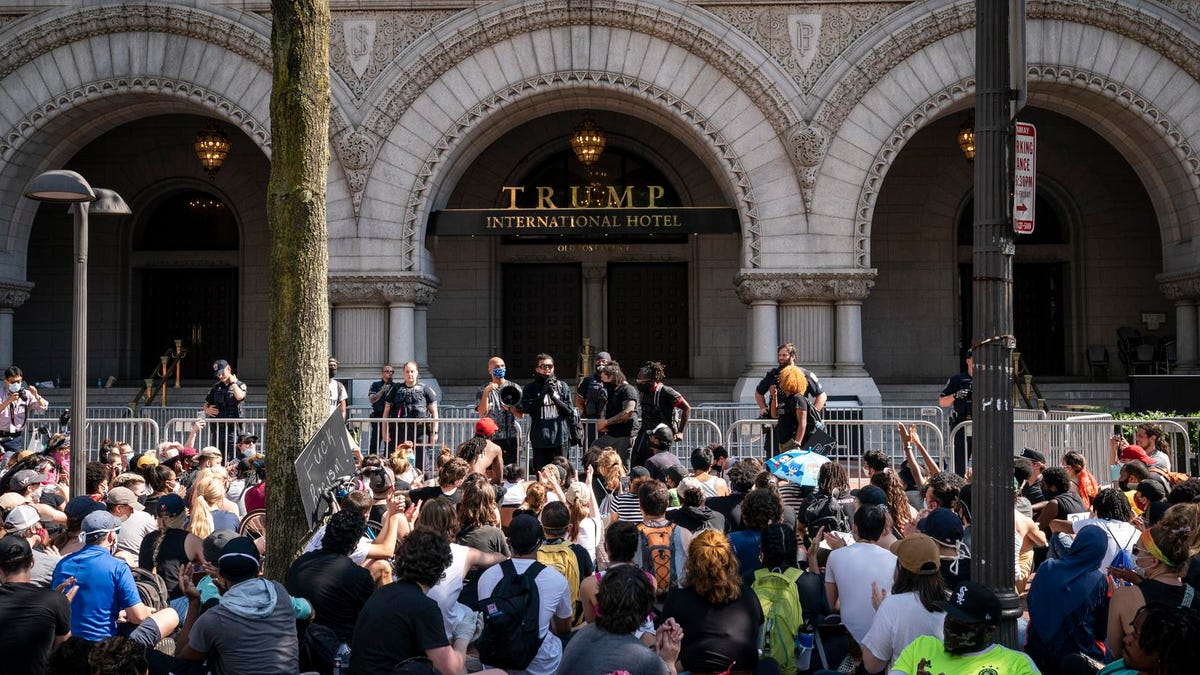 The Trump Organization finalized a $375 million deal Wednesday to sell its lease of the Trump International Hotel in Washington, D.C., according to multiple reports, after the building served as a destination for both Trump supporters and anti-Trump protesters—and netted the former president millions of dollars in revenue from visiting officials, Democrats claim.

The Trump Organization announced that the sale closed in a Wednesday evening statement sent to the New York Times, the Washington Post and NBC News.

The lease was sold to the Miami-based CGI Merchant Group, which reportedly plans to rebrand the 263-room hotel—located in a federally owned building near the White House—as a Waldorf Astoria.

The sale came after the hotel had underperformed for months, possibly because potential customers wanted to steer clear of the controversies connected to former President Donald Trump, the Times reported.

The deal is poised to net the Trump Organization $100 million, with $76 million going to Trump personally, after the company repays a loan that helped finance the building’s $200 million renovation, House Democrats estimated in a February letter.

House Oversight Committee Chair Rep. Carolyn Maloney (D-N.Y.) in a statement Wednesday accused Trump of profiting from a sale conducted without adequate transparency, and said the committee would continue to investigate the deal.

In 2012, Trump successfully bid to renovate Washington’s historic Old Post Office building into what would become Trump International Hotel. The hotel, which opened three months before Trump assumed the presidency, was condemned by critics as a superficially grand but badly designed venue where Trump mixed his personal business with his presidential campaign. The hotel quickly became a gathering place for both Trump supporters and anti-Trump demonstrators, and is where former Trump attorney Rudy Giuliani planned the Ukraine lobbying efforts that touched off Trump’s second impeachment. House Democrats claimed the hotel drew $3.75 million from foreign governments during the first three years of his presidency, though the Trump Organization claimed that this revenue was much lower. As Trump supporters, foreign officials and Republican politicians began to patronize the hotel, Democratic legislators pushed for Trump to give up his real estate assets. However, the General Services Administration declined to terminate Trump’s lease, despite the lease prohibiting any “elected official of the government of the United States from gaining “any benefit” from the agreement.