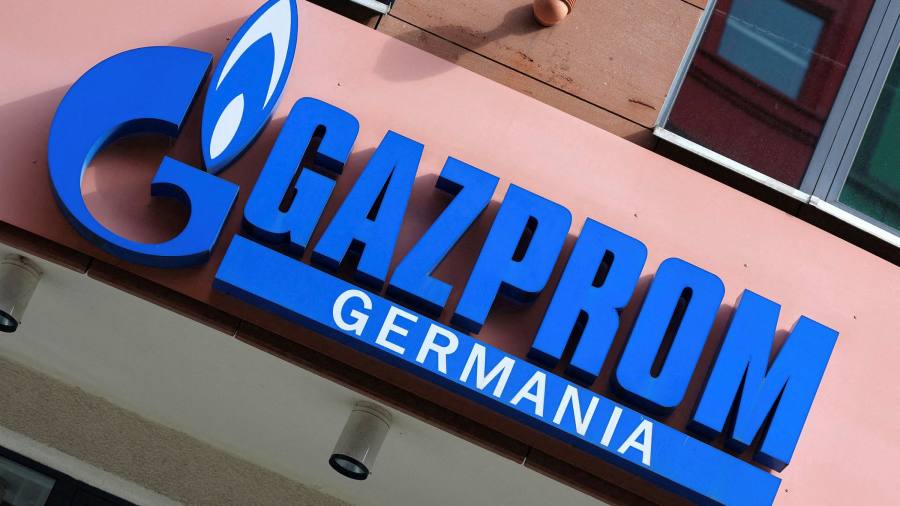 Russia’s state-owned gas supplier has said it will cut shipments to Europe through a major pipeline, sending prices surging and reinforcing President Vladimir Putin’s willingness to use energy as a weapon against the EU.

Gazprom said gas flows would no longer be possible through the Yamal pipeline after the Kremlin imposed sanctions late on Wednesday on European gas companies. The sanctioned companies include some of its own former units as well as Europol Gaz, Yamal’s owner. The pipeline runs from Russia to Germany via Poland.

“A ban on transactions and payments to entities under sanctions has been implemented,” said Gazprom in a statement. “For Gazprom this means a ban on the use of a gas pipeline owned by Europol Gaz to transport Russian gas through Poland.”

The move strikes out the flow of Russian gas to Europe from a second pipeline in as many days and underlines Moscow’s appetite to push through with warnings to halt gas supplies to Europe.

“On the whole, the situation is escalating,” said Robert Habeck, Germany’s economy minister. “It’s becoming evident once again that Russia is using energy as a weapon.”

The retaliatory action pushed gas prices higher. Future contracts linked to TTF, the European wholesale gas price benchmark, jumped on Thursday about 13 per cent to about €106 per megawatt hour, more than quadruple levels a year ago.

Prices have risen this week from a low of about €90 per megawatt hour as Russian gas supply to the continent faced fresh threats.

Electricity prices also rose. Prices for German power next year hit their highest level in the year to date at over €230 per megawatt hour, according to Refinitiv.

On Wednesday Ukraine’s pipeline operator shut down the flow of gas from one of the two major pipelines that bring Russian gas through the country to Europe, citing interference from Russian occupying forces.

While very little gas has been passing through the Yamal-Europe pipeline in recent weeks, the pipeline is relied upon when gas demand rises.

Tom Marzec-Manser, head of gas analytics at ICIS, a commodity data firm, said sanctions on Europol Gaz could be problematic for German energy security next winter when demand for gas picks up.

The sanctions from Moscow, which said they were imposed in response to a swath of western sanctions, also ban Russian entities from selling gas or transacting with Gazprom Germania, a group of gas trading and storage companies that were taken over by the German government last month.

Gazprom Germania’s assets include Rehden, Germany’s largest gas storage facility, which accounts for about a fifth of the country’s total capacity, as well as large German gas distributors Wingas, WIEH and WIEE that buy supplies from Gazprom.

Germany acknowledged that Russia’s action was already having an impact. Habeck said supply had dropped by 10mn cubic metres a day, or 3 per cent of Russian delivered gas on an annual basis. But he insisted it was “manageable”.

“The volumes can be procured on the market from other sources, and that’s the task we’re facing, to buy these amounts,” he said. “The German government will do all it can to stabilise Gazprom Germania.”

He said the situation did not warrant triggering an alarm for gas supply, adding that Germany had “prepared for this situation, as well as all other possible scenarios”.

Moscow’s sanctions could hit European gas supply by 13bn cubic metres, according to modelling by the Oxford Institute for Energy Studies. Russia supplied the EU with 155 bcm of gas last year, or about 40 per cent of its needs.

Michael Müller, chief financial officer of RWE, one of Germany’s largest gas buyers, said that it was assessing the impact of the sanctions but it had assumed that the Russians “wouldn’t necessarily fill the gas storage facilities that fall under Gazprom Germania anyway”. These facilities were depleted before the war began after Russia withheld supplies over winter.

The European Commission said it was “analysing the Russian decision on sanctions against certain companies in the EU and the implications for the EU’s security of gas supply”.

It said the move underlined the need to cut dependency on Russian energy. It will unveil a proposal to boost alternative supplies, renewable energy and hydrogen on May 18.

Gas traders have been focused for weeks on a new rouble payment mechanism demanded by Russia, which has led to Poland and Bulgaria being cut off from Russian gas and could flare up again later in May when payments are due from more European buyers.