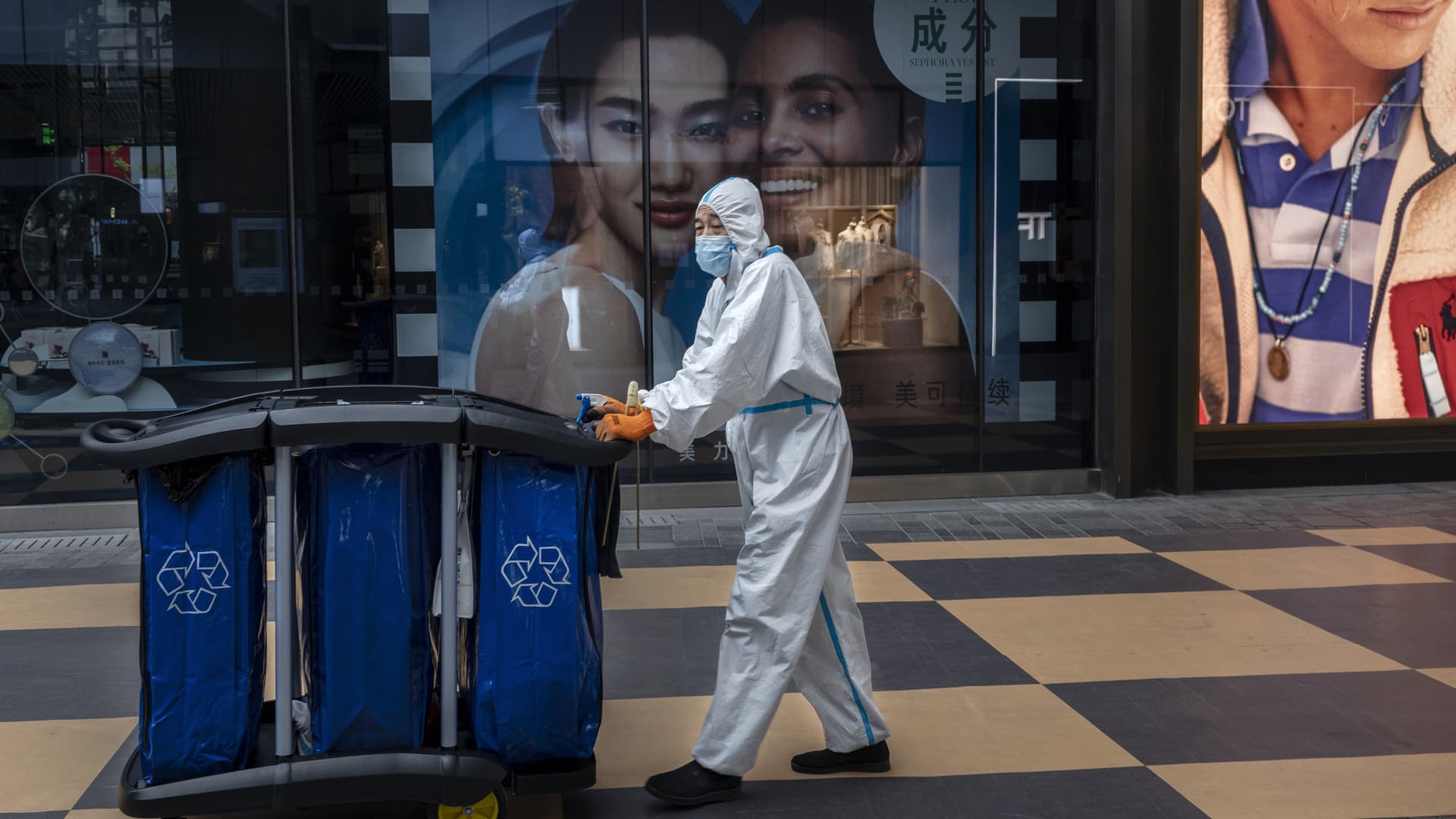 China may have to issue more debt as it tries to keep growing in the face of Covid lockdowns that are stunting its economy.

The country has signaled in recent weeks that it still wants to meet its growth target of 5.5% this year.

China’s Politburo meeting on April 29 sent a “strong signal that policymakers are committed to this year’s GDP target despite downside risks from COVID-19 disruptions and geopolitical tensions,” ANZ Research analysts wrote in a note on the same day.

To attain the 5.5% target, China may be borrowing from the future and incur more debt.
ANZ Research analysts

Chinese state media on Friday reported details of that Politburo meeting, in which officials promised more support for the economy to meet the country’s economic growth target for the year. That support would include infrastructure investment, tax cuts and rebates, measures to boost consumption, and other relief measures for companies.

That’s as foreign investment banks are predicting growth will fall significantly below the 5.5% number, with manufacturing activity slumping in April.

That means China is likely to rack up more debt as it tries to meet its growth targets, according to market watchers.

From Beijing’s point of view, increasing such fiscal spending as well as relaxing debt restrictions would be more desirable than monetary easing, he told CNBC’s “Squawk Box Asia.”

However, one hindrance to the government’s efforts toward infrastructure investment would be the Covid-related restrictions that are indiscriminately being imposed everywhere, Tilton said.

“There are a lot of restrictions around the country even in some cases in places where there aren’t any Covid cases — more precautionary in nature,” he said. “So one of the obstacles to the infrastructure campaign is going to be keeping Covid restrictions targeted on just the areas where they’re most needed.”

One option for the government is to issue so-called local government special bonds, Tilton said.

Those are bonds that are issued by units set up by local and regional governments to fund public infrastructure projects.

In the beleaguered real estate market, the government has also been encouraging lenders to support developers, Tilton said.

Borrowing more to boost growth would be a step backward for Beijing, which has been trying to cut debt before the pandemic even began. The government has targeted the property sector aggressively by rolling out the “three red lines” policy, which is aimed at reining in developers after years of growth fueled by excessive debt. The policy places a limit on debt in relation to a firm’s cash flows, assets and capital levels.

However, that led to a debt crisis late last year as Evergrande and other developers started to default on their debt.

Chinese President Xi Jinping last week called for an “all-out” effort to construct infrastructure, with the country struggling to keep its economy humming since the country’s most recent Covid outbreak began around two months ago.

Restrictions have been imposed in its two largest cities, Beijing and Shanghai, with stay-home orders slapped on millions of people and establishments shut down.

China’s zero-Covid restrictions have hit businesses hard. Nearly 60% of European businesses in the country said they were cutting 2022 revenue projections as a result of Covid controls, according to a survey late last month by the EU Chamber of Commerce in China.

Among Chinese businesses, monthly surveys released in the last week showed sentiment among manufacturing and service businesses fell in April to the lowest since the initial shock of the pandemic in February 2020.

The Caixin services Purchasing Managers’ Index, a private survey which measures China’s manufacturing activity, showed a drop to 36.2 in April, according to data out last Thursday. That’s far below the 50-point mark that separates growth from contraction.

The country’s zero-Covid policy and slowing economy have already sparked predictions from investment banks and other analysts that its growth will fall significantly below its target of 5.5% this year.

Forecasts are ranging from more than 3% to around 4.5%.

“Given the Covid outbreaks’ impact on consumption and industrial output in the first half of 2022, we expect 2022 GDP growth closer to 4.3%, assuming the economy can begin to recover before June, and then rebound,” said Swiss private bank Lombard Odier’s Chief Investment Officer Stephane Monier.

“If the economy continues to suffer from successive lockdown shocks for key urban areas, full-year growth would certainly fall below 4%,” he wrote in a Wednesday note.