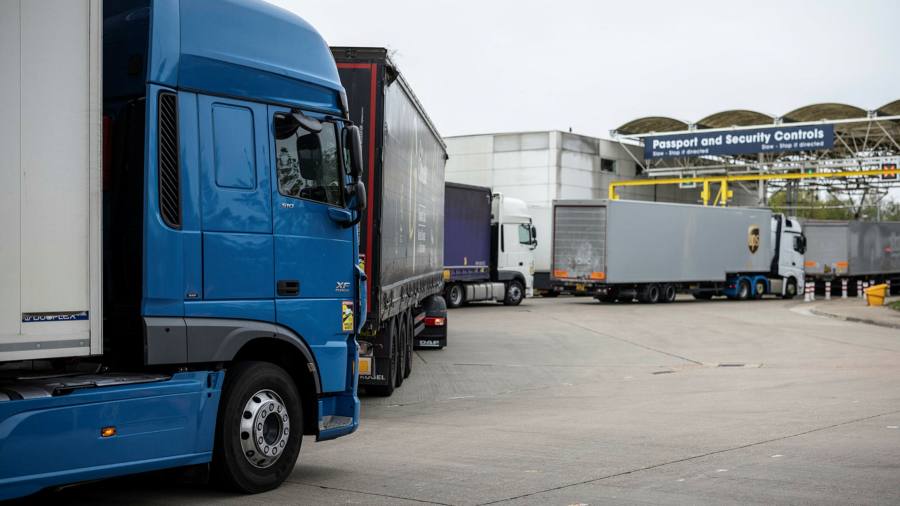 The UK government’s move to delay post-Brexit checks on imports of EU food products is an “accident waiting to happen”, farming, veterinary and meat industry groups have warned.

They sounded the alarm after industry insiders revealed the UK Food Standards Agency had recently warned pig farmers of illegal “white van” shipments of pork meat coming to Britain from Romania — an EU country currently battling a surging outbreak of African swine fever in its animals.

Zoe Davies, chief executive of the National Pig Association, a British trade body, said a UK outbreak of African swine fever — potentially unleashed by pigs being fed with infected meat — would pose an existential threat to the industry, which exports to more than 40 countries and is worth £1.6bn a year.

“We know that this is an accident waiting to happen, because it’s an accident that has already happened before,” she said. In 2000 an outbreak of a related disease, classical swine fever, was transmitted to Britain via infected pork products.

The British government announced last month that it was delaying checks on imports of EU agrifood products for at least a further 18 months in a move that Brexit opportunities minister Jacob Rees-Mogg said would save UK consumers £1bn a year.

He added that the decision, which was broadly supported by the UK food import industry, was required to assuage the cost of living crisis. “Why add to the costs of the staples of people’s lives?” said Rees-Mogg. “What’s the risk of a fish finger?”

But the British Veterinary Association, a trade body, described the move as “deeply misguided” and urged ministers to “abandon” their plans or risk causing “significant damage” to the country’s food and farming industries.

“No one says we should barcode individual fish fingers, but we need to know where those animal proteins are coming from and they are not going to expose UK stock to disease,” he added.

Russell said the UK’s departure from the EU meant Britain was no longer part of the bloc’s veterinary surveillance network, and so did not receive vital information about outbreaks of diseases in member states as quickly as in the past.

In one example of a “near miss” provided by a UK industry insider, a young cow from Germany was discovered last year to have Bluetongue virus when it was sent for slaughter in Britain after injuring a leg in transit.

“The export regulations had not been properly complied with, but the case was [only] picked up because the animal injured itself,” said the insider. “We were very lucky.”

The UK government has said checks on EU agrifood products are not necessary because the bloc is continuing to follow the same rules as before Brexit, but meat industry experts warned the lack of inspections was an invitation to smugglers.

Peter Hardwick, trade policy adviser for the British Meat Processors Association, an industry body, said while some traders would welcome cost savings from the lack of border checks, the group shared the concerns of farmers and BVA over the risks of illegal meat imports.

“We are going to allow meat to come into the UK from the EU without any checks, and the reality is that people don’t always follow the rules, even in the EU, therefore there is a risk of [illegal] meat leaving Romania, Poland or Germany and finding its way on to the [British] market,” he added.

The National Farmers Union said the decision to postpone checks on EU agrifood products was “astounding” and that inspections were “absolutely crucial” to UK biosecurity. “We really do leave ourselves at risk,” said NFU president Minette Batters.

The Department for Environment, Food and Rural Affairs said the government had robust post-import testing for diseases like Bluetongue.

Defra added that the government was designing a new, post-Brexit import control regime with a target introduction date of the end of 2023.

“We are designing a global import controls regime that is simple, efficient and safe to use and which is best suited to our own needs — while also maintaining strict biosecurity controls on the highest risk imports,” said Defra.

North Korea stole more crypto in 2022 than any other year: UN report
TotalEnergies says exposure to Adani stands at $3.1bn as turmoil mounts
Hong Kong services to rebound as China reopens, but UBP says sector is coming from ‘fragile situation’
Mortgage rates drop to the 5% range for the first time since September
Yields rise with muni one-year topping 2.50%