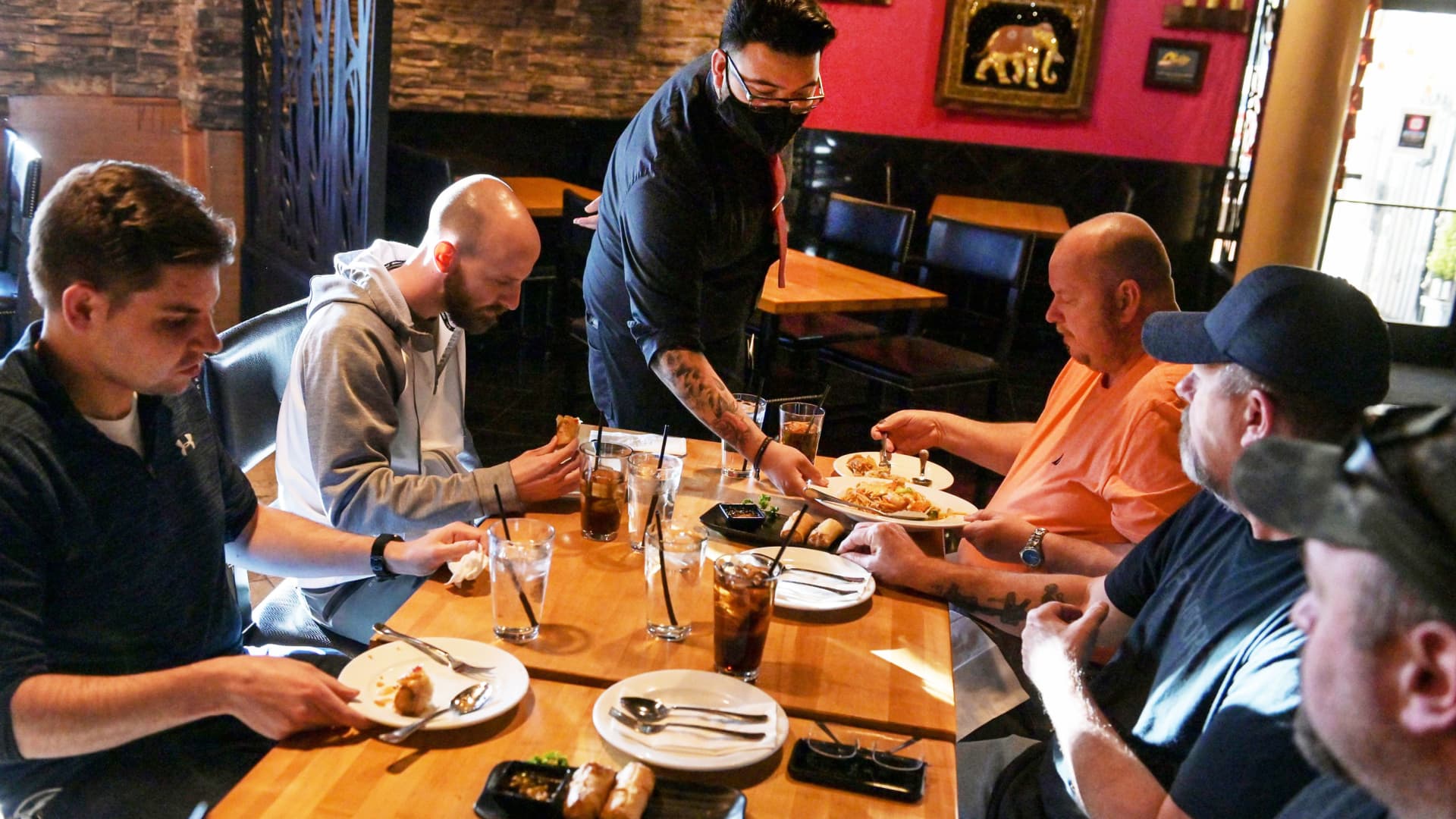 April’s job growth was strong and wage gains were solid, yet for some reason fewer Americans were working or looking for jobs than in March.

That means workers did not return to the labor force in the numbers expected, and in fact, some withdrew. That is not a good sign for an economy with a labor shortage and rising wages.

In April, employers added 428,000 jobs and wages rose 5.5% on an year-over-year basis. Even so, fewer people — 62.2% of the population — participated in the labor force, down 0.2 percentage points from March. That comes after consistent increases so far this year.

This participation rate is a very important part of the monthly jobs report. When more Americans join the workforce, it tends to be better for the economy. More workers with more money in their pockets help fuel more spending, all sorts of economic activity and more job creation.

Economists say they are not yet worried about the decline, and one month does not make a trend but they will become concerned if it persists.

“The losses were broad based…I wouldn’t make too much of a one month move. The recovery is still very rapid,” said Diane Swonk, chief economist at Grant Thornton.

Swonk said one factor that may have made the participation rate fall could be related to the latest Covid variant spreading across the country. According to the Bureau of Labor Statistics, 1.2 million people were out of work in April for sickness.

Economists want to see the participation rate recover and start to grow again because improvement could be a potential sign the labor shortage is easing and wage pressures are abating.

The participation rate is simply the percentage of the population that is either working or actively looking for work.

“It’s a good barometer of people’s engagement with the labor force and whether those unfilled positions will get filled,” said Mark Zandi, chief economist at Moody’s Analytics. “We’re still down 1.2 percentage points from the pandemic high. We’re not going to get all that back because of the big outflows of retirees. Some of that was going to happen anyway regardless of the pandemic because of the retiring baby boomers.”

Zandi said he is not concerned about the one month dip in participation. But he is concerned that the labor market is far too tight and the additional workers could have eased some of the overheating in the jobs market. He said one percentage point in the participation rate equals about 2.6 million workers.

The risks are that the tight market will only drive inflation higher, as companies increase wages to keep and attract workers. Recent government data show the labor shortage worsening, with the gap between job openings and available workers at a record 5.6 million in March.

“The labor market is tight and threatens to completely overheat unless we get some of those workers back,” said Zandi. If wages start to spiral and drive inflation, the Fed would have to be even more aggressive with rate hikes and recession risks would rise.

“These data can be very volatile so we will have to wait for more data, but today’s report does give pause to the argument that a return in labor supply will help cool the red-hot labor market,” wrote Bank of America economists.

They noted that the labor force fell by 363,000, reversing some of the gains over the last two months. The economists said the report suggests labor supply may not improve as much as the Fed expects.

“I’m treating this as a one-month aberration. There are a number of reasons to expect labor force participation to continue to rise, ” wrote Stephen Stanley, chief economist at Amherst Pierpont.

“Did 200K 20-somethings suddenly drop out of the hottest job market in decades to go back to college?” he wrote. “Perhaps, but would they have done so in April (as opposed to the beginning of a new semester)? This move does not make much sense. Chalk it up to the randomness of these data and let’s see what happens next month.”