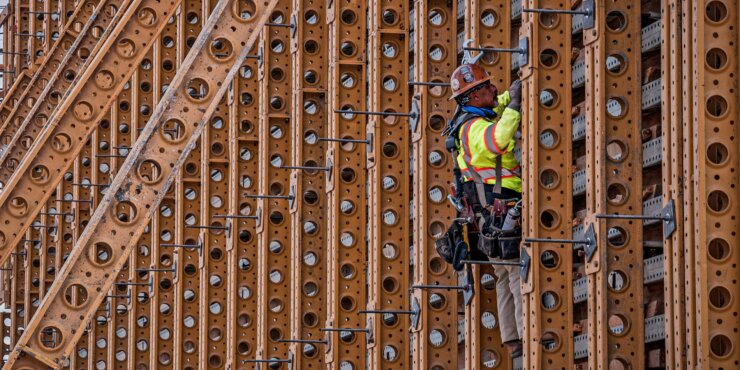 The letter is the latest in the skirmish over California’s embattled high-speed rail project, estimated to cost $105 billion for the full line buildout from San Francisco to Los Angeles.

The state’s Democrats, the majority party, are divided over spending the last $4.2 billion of the $10 billion in Proposition 1A bonds approved by California voters in 2008.

Gov. Gavin Newsom had proposed spending the remaining bond funds on completing the Central Valley segment, but lawmakers left the funds out of the fiscal 2022 budget. The U.S. High Speed Rail Coalition wants lawmakers to include the funds in the fiscal 2023 budget.

“Together, these state and federal investments will help expedite the completion of an initial operating segment while advancing construction on the project’s critical bookends in the Los Angeles Basin and the Bay Area,” according to the coalition’s letter.

Approving issuance of the bond funds would “signal continued support by the state of California, giving the Biden administration an incentive to provide significant federal investments to the project,” the letter states.

“The [state] Senate agrees with the vast majority of voters that improvements to public transit — high speed rail and other transit — are needed throughout California, and more funding is needed to make that happen,” Atkins said in an emailed response. “The Senate continues to be eager to land an agreement, and we remain hopeful that we can achieve it through the Legislative budget process.”

Newsom is expected to release his May budget revisions within the next few weeks, which typically launches hardcore budget discussions leading up to final approval of the budget July 1.

The coalition pointed to a recent poll from the U.C. Berkeley Institute of Governmental Studies and the Los Angeles Times that found 56% of California registered voters want to continue building the high-speed rail project.

The poll, released in mid-April, found that voters favor the state continuing to build the high-speed rail project even with operations extending only from Bakersfield to Merced in the Central Valley by the year 2030 and to the Bay Area by the year 2033 as is currently planned. When the bonds were approved by voters in 2008, the project was expected to be completed in 2020 and cost $33 billion.

The $105 billion price tag is also based on some estimates from 2019 that don’t account for inflated construction costs, which could push the price higher, according to the Legislative Analyst’s Office, the Legislature’s non-partisan fiscal advisor.

But the coalition argued the rail authority is moving beyond the issues of the past and “making significant strides forward” with 90% of the parcels needed for construction in the Central Valley purchased and the expectation that the entire 500-mile system will be fully environmentally cleared by fiscal year 2023-24.

“While project costs continue to generate news, we must keep in mind that building the equivalent highway or aviation capacity would cost nearly twice as much as finishing the job on California’s high-speed rail project,” the letter states.