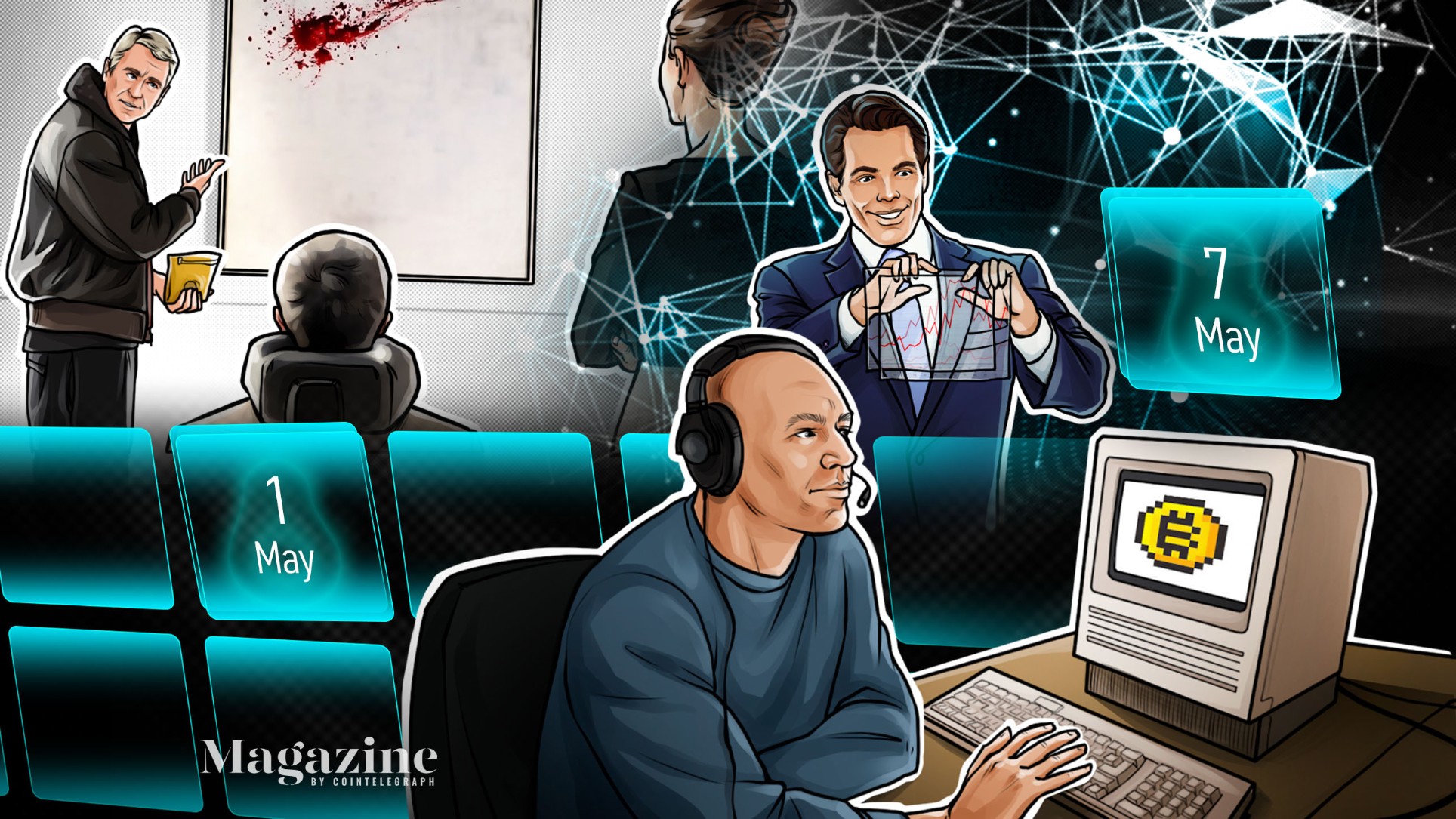 Coming every Saturday, Hodler’s Digest will help you track every single important news story that happened this week. The best (and worst) quotes, adoption and regulation highlights, leading coins, predictions and much more — a week on Cointelegraph in one link.

On Wednesday, the United States Federal Open Market Committee (FOMC) voted to raise interest rates by 0.5%, marking its biggest upward adjustment in over two decades. It was the second rate increase of 2022, with seven increases expected in total for the year.

Coinbase took out the first Bitcoin-backed loan from Goldman Sachs

Coinbase took an important step toward bridging the mainstream world and the crypto world by using Bitcoin as collateral for a loan with Goldman Sachs. The actual mechanics of the deal involved Coinbase taking out a loan from Goldman that was collateralized with some of the exchange’s BTC holdings. Amounts were not specified, however.

“Coinbase’s work with Goldman is a first step in the recognition of crypto as collateral which deepens the bridge between the fiat and crypto economies,” Brett Tejpaul, head of Coinbase Institutional, told Bloomberg.

Binance commits $500M to co-invest in Twitter with Elon Musk

In April 2022, Tesla CEO Elon Musk unveiled his intent to purchase Twitter, pending certain approvals, for $44 billion. That $44 billion is not just from Musk’s pocket, but includes contributions from 19 other players. Crypto heavyweights Binance and Sequoia Capital Fund are among the contributors, putting up $500 million and $800 million, respectively.

A court decision on Thursday resulted in BitMEX co-founders Benjamin Delo, Arthur Hayes and Samuel Reed needing to pay a combined $30 million in civil penalties ($10 million each) for legal infractions pertaining to their running of the BitMEX exchange.

SEC doubles down on crypto regulation by expanding unit

The U.S. Securities and Exchange Commission (SEC) plans on beefing up its Crypto Assets and Cyber Unit — an SEC division in charge of crypto industry policing. Plans include adding 20 people to the unit, bringing the total team count to 50 members.

The additional personnel will almost double the current size of the unit in terms of staff. Gary Gensler, Chairman of the SEC, spoke favorably of the plans while Hester Peirce, one of the SEC’s commissioners, questioned the move.

For more info on crypto prices, make sure to read Cointelegraph’s market analysis.

“I think of Bitcoin the same way I think of the early internet. [The government] didn’t see it coming and now it’s a viable form of currency – you can actually buy things with it.”

“If you just did an overlay of the Nasdaq and the cryptocurrency markets, they are unbelievably correlated for right now, so I think that that’s creating a lot of churn and pain in the markets. While that’s happening, billions of dollars are going into Web3.”

“If you told me you own all of the Bitcoin in the world and you offered it to me for $25, I wouldn’t take it because what would I do with it?”

“Why is a painting worth $10 million? It’s oil on canvas. So value is in the eyes of the beholder.”

“Why are you going to invest a whole lot of effort to developing a […] stablecoin payment system if the Fed is just going to bigfoot you out of existence?”

“The NFT market is collapsing.”

Prediction of the Week

Bitcoin suffered some downward price action this past week. On Thursday, the BTC price dropped below $36,000 in a selloff that affected both crypto and legacy finance markets.

Some technical strategists consider the $37,500 level to be the pivotal line in the sand in terms of bullish versus bearish narratives. Bitcoin’s fall below that threshold suggests its short-term outlook has flipped bearish.

FUD of the Week

Reddit user Andre, a.k.a. u/Divinux, recently posted a warning on the social media site explaining that a mobile phone’s predictive text can potentially guess the owner’s crypto seed phrase if the phrase has been entered on the device. Andre tested his findings across several device brands, finding similar results. This could potentially put the mobile phone’s owner at risk for crypto theft.

Crypto-related theft via hacks and other malicious activity in 2022 has already eclipsed the two prior years combined, according to data from blockchain security firm CertiK. In total, 2022 has thus far seen the appropriation of about $1.6 billion in crypto assets.

That being said, context is everything. The decentralized finance market has soared in value over the past two years and currently sits at roughly $200 billion in terms of total value locked, according to DeFi Llama.

In Argentina, financial institutions are barred from providing crypto trading to customers, as per a ruling from the Central Bank of Argentina, or BCRA. In justifying its decision, the central bank cited familiar concerns surrounding crypto, including a lack of proper regulation for the asset class.

Earlier in the week before the BCRA’s motion, a pair of notable Argentinian banks unveiled plans to offer certain crypto assets for purchase by customers.

Blockchain games take on the mainstream: Here’s how they can win

Most P2E games are “shit,” according to one prominent investor. But they can become so much more.

Little by little, blockchain technology is beginning to appear around the house

From ecological seafood to Bored Apes, blockchain technology is making its presence felt in homes.

The creator economy will explode in the Metaverse, but not under Big Tech’s regime

Independent creators and artists should feel empowered by decentralization and not play by Big Tech’s rules, especially in the Metaverse.