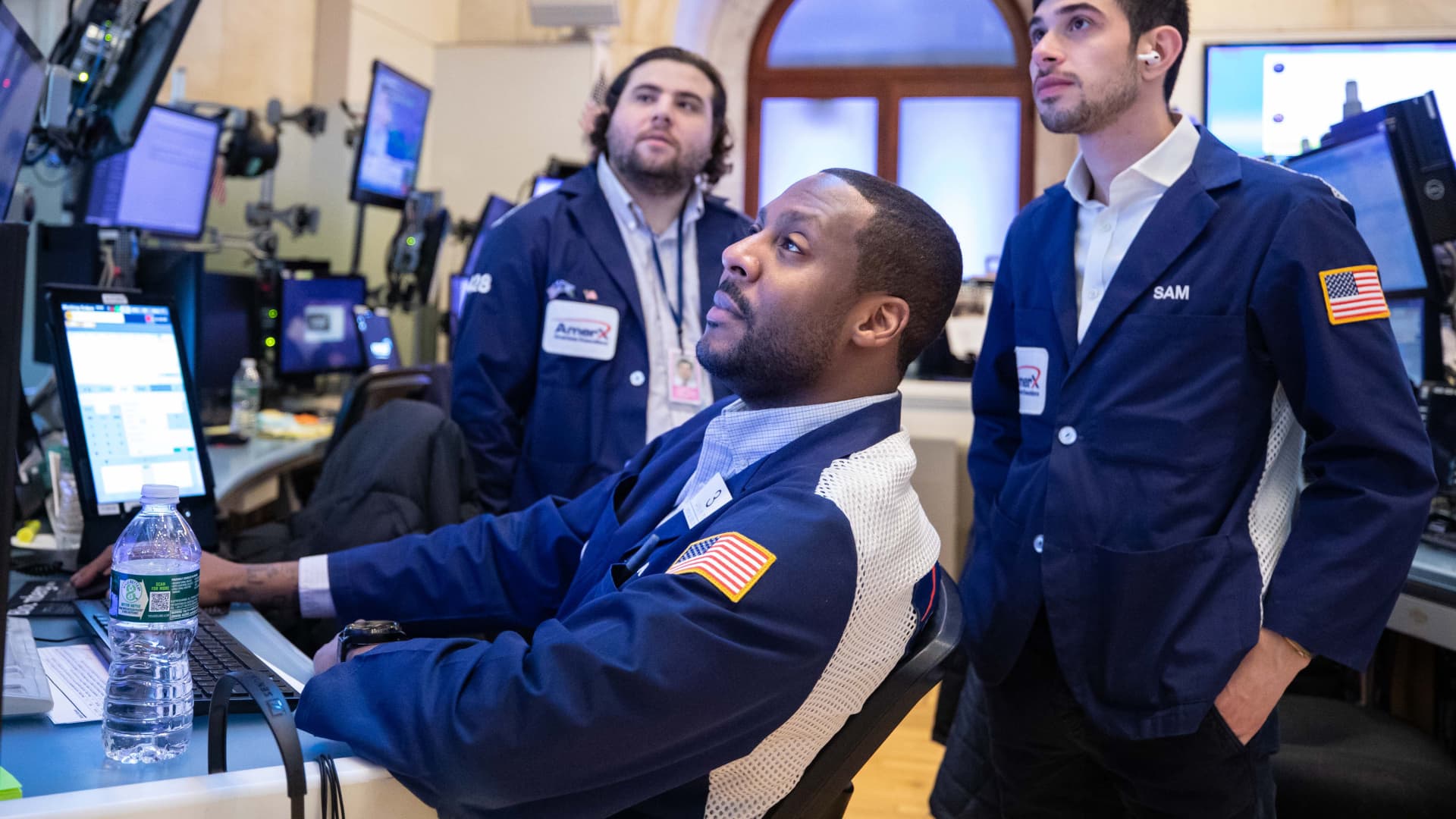 After a week of extraordinary turbulence, stocks are likely to remain volatile as investors await fresh data on inflation and watch the course of bond yields.

The big report for markets is Wednesday’s April consumer price index. Economists expect a high inflation reading, but it should moderate from the 8.5% year-over-year pace of March. A second inflation report, the producer price index, which is a gauge of wholesale prices, is released Thursday.

“I think it’s going to be a hot number but not as sizzling as last month,” said Mark Zanidi, chief economist at Moody’s Analytics. Zandi expects headline CPI to rise 0.3% for the month or 8.2% year-over-year.

Investors are honing in on inflation and other key reports that will influence the Federal Reserve as it moves forward with interest rate hikes.

The Fed raised its fed funds target rate by a half percentage point Wednesday, and signaled it could follow up with more hikes of the same size. Fed Chairman Jerome Powell, following the meeting, said he expects the economy could see a “soft or soft-ish” landing.

“I think the two big concerns for the market are inflation and how hawkish the Fed will be trying to get that under control,” said Art Hogan chief market strategist at National Securities. Hogan said investors are also concerned about China’s economy as it locks down to fight Covid and how that slowing could impact the rest of the world.

Hogan said if the CPI comes in as expected that could bring some stability to both stocks and bonds, since it would then appear that inflation has peaked.

Stocks were wildly volatile in the past week, notching big intraday swings in both directions. The S&P 500, as of Friday afternoon, was down just 0.7% for the week.

Energy was by far the best performing sector, rising 9% for the week. REITs were the worst performing, down more than 4.6%, followed by consumer discretionary, off 4%.

Stock investors have also been eyeing the bond market, where yields have been rising as bonds sold off.

The 10-year Treasury yield pushed through 3% for the first time since late 2018 in the past week, and on Friday, it was at 3.12%. The rising 10-year yield has had a stranglehold on stocks, particularly growth and tech, during its rapid move higher.

The benchmark 10-year was at about 1.5% at the start of the year. Many lending rates are linked to it, including mortgages.

“If people figure out inflation is peaking, and you could make the argument that the 10-year yield will not necessarily peak, but will stop going parabolic…that’s what could get the public to slow down the selling,” said Julian Emanuel, head of equity, derivatives and quantitative strategy at Evercore ISI.

Emanuel said retail investors have been heavily invested in growth names. Those stocks do better when money is cheap.

“The bond market is calling the tune here,” he said. But he expects the stock market is in the process of finding its low-water mark. “What we’ve seen is both upside and downside volatility in equities…this week and that’s the start of a bottoming process.”

Some technical analysts said stocks could take another dip lower if the S&P returns to Monday’s low of 4,062 and stays there.

Scott Redler, partner with T3Live.com, targeted 3,850 on the S&P as the next stop lower, if the index breaks the Monday low.

“As of now, it looks like every rally where you can get an oversold bounce has been sold,” he said. “I think the weekend news is going to play a factor into the emotional open Monday.”

He said there could be news on Ukraine, since it is Victory Day in Russia, and Russian President Vladimir Putin is expected to speak.

Redler said Microsoft and Apple could have a big impact on trading next week. If Apple breaks support at about $150 and Microsoft breaks $270, a level it’s been holding, the two biggest stocks could sweep the S&P 500 below 4,000.

“If they break those levels, it will add some grease to the wheels and bring the market to new lows. That could bring us closer to a tradeable low,” he said.

He said if Microsoft breaks the $270 level, its chart would complete a negative head and shoulders formation that could signal more weakness for the stock.