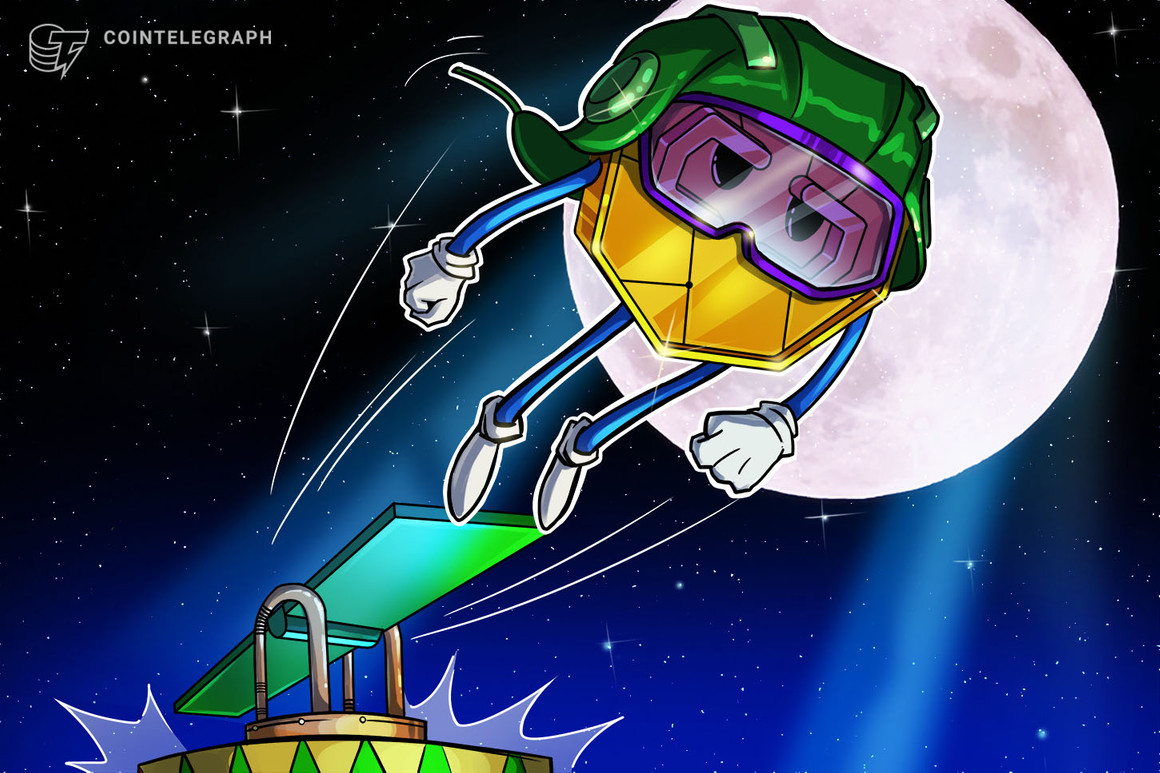 Large-cap cryptocurrency continue to slump as investors await comments from the Federal Open Markets Committee regarding the exact size of the next interest rate hike.

There are, however, a few bright spots in the market and select altcoins managed to post double-digit gains in trading on May 3, thanks to a big-time partnership announcement and cross-protocol collaborations that led to a spike in demand.

Data from Cointelegraph Markets Pro and TradingView shows that three of the biggest gainers over the past 24-hours were Algorand (ALGO), Frax Share (FXS) and Helium (HNT).

The pure proof-of-stake blockchain network had, perhaps, one of the most notable partnership deals for a crypto project in recent months after this week’s announcement that it had been selected as the official blockchain of FIFA, the globally recognized international governing body for soccer.

ALGO was trading at a price of $0.58 prior to the announcement and the price proceeded to rally 28% to a daily high of $0.743 as news of the collaboration spread across the crypto ecosystem.

In addition to the FIFA announcement, Algorand has been expanding its ecosystem by launching decentralized finance and nonfungible token protocols on the network. The project also launched a blockchain-based card game called Aegir Tactics and a real estate tokenization platform called Vesta Equity.

Frax Share, the native token of the Frax protocol, is the first fractional-algorithmic stablecoin project to launch in the cryptocurrency ecosystem and on May 3, the asset staged a 23% rally despite the wider market being in a downtrend.

The sudden turnaround in FXS price comes as the popularity of 4pool, a new Curve Finance stablecoin liquidity pool that was developed by Terra, began gaining momentum as it deploys on Fantom, Arbitrum and other networks.

4pool is composed of the TerraUSD (UST), FRAX, USD Coin (USDC) and Tether (USDT) stablecoins and it is designed to help concentrate stablecoin liquidity across 4pools located on every major chain through the Curve protocol.

Helium is a decentralized blockchain network for Internet of Things (IoT) devices and it is powered by a global system of low-power nodes run by miners.

VORTECS™ data from Cointelegraph Markets Pro began to detect a bullish outlook for HNT on May 1, prior to the recent price rise.

As seen in the chart above, the VORTECS™ Score for HNT spiked to a high of 79 on May 1, around 13 hours before the price increased 20.35% over the next day.

The gains for HNT followed a developer announcement detailing plans to implement Helium 5G data transfer rewards. This will enable 5G hotspot operators to earn HNT when a compatible 5G device sends data over the network by connecting with the users’ hotspot.