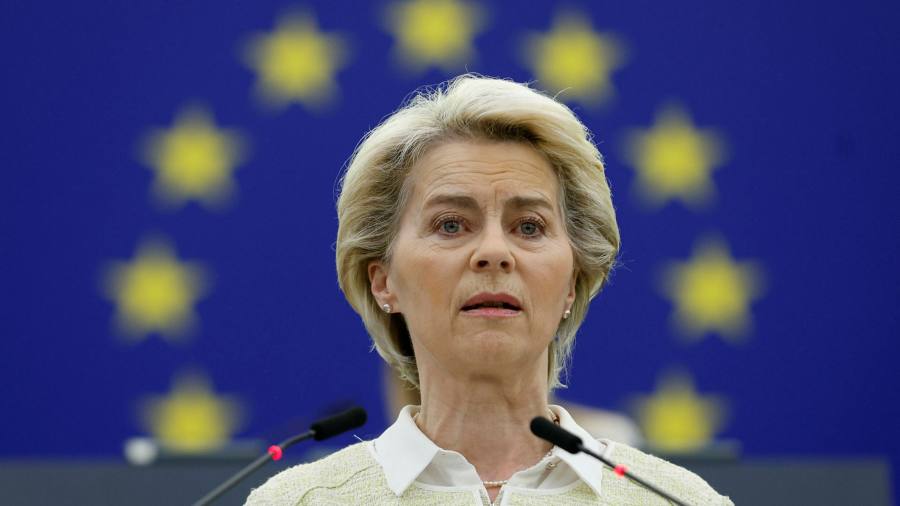 Brussels will propose a phased-in ban on imports of all Russian oil as member states prepare to discuss a sixth package of penalties against Moscow for its invasion in Ukraine.

The ban will cover all Russian oil, seaborne and pipeline, crude and refined, European commission president Ursula von der Leyen said on Wednesday. She vowed to phase out the supplies in an “orderly fashion”, hitting crude oil within six months and refined products by the end of the year.

Brent oil climbed as much as 2.5 per cent on Wednesday to a high of $107.58 a barrel after news of the EU move broke.

“They will not be allowed to distribute their content any more in the European Union, in whatever shape or form, be it on cable, via satellite, on the internet or via smartphone apps,” von der Leyen said in Strasbourg.

Proposals need to be unanimously approved by the 27 member states and could still face resistance by some countries. EU diplomats are due to start discussing the measures on Wednesday.

As the EU prepares to discuss the package, Ukraine’s president said on Tuesday that “we must all insist that it includes an oil embargo and a real blockade of any schemes that Russia uses to deceive the free world and ignore sanctions”.

“Russian banks must be completely disconnected from the global financial system,” Volodymyr Zelensky added in the video address to Albania’s parliament.