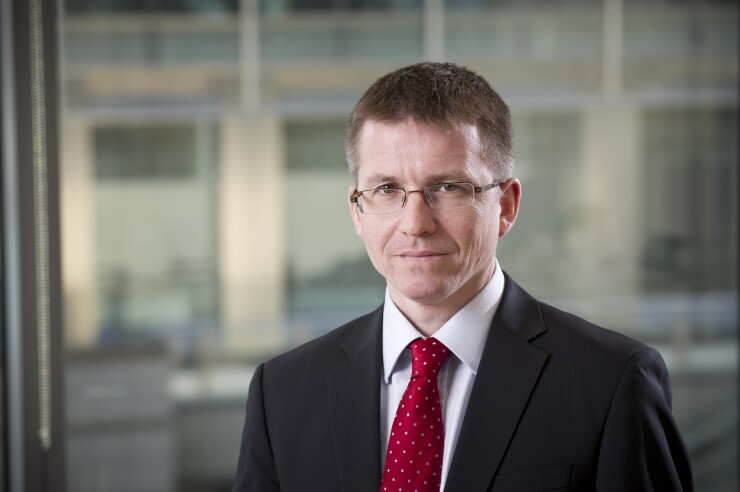 The managers were speaking at the Milken Institute Global Conference Beverly Hills. .

“I think the Fed will turn dovish by the end of the year and that will lead to a lot of opportunity on the fixed rate side.”said Carl Meyer, chief executive officer and chief investment officer for Silver Rock Financial.

“I’m not panicked about inflation as long as we have disciplined monetary policy,” said Guggenheim Global Chief Investment Officer Scott Minerd, who spoke on an earlier panel.

As asset managers track winners and losers and the potential for the corporate bond default rate to spike, they consider differing factors.

The panel heavily focused on corporate bonds, with a splash of equity and hedge fund investors, are tracking everything from the health of small businesses to what they see as healthy corporate and consumer bank accounts to the shortage of houses to buy as they try to read the tea leaves on the economy.

“I don’t think there is anything normal about this cycle,” said Purnima Puri, governing partner of HPS Investment Partners and portfolio manager for Public Credit Strategies. “There is ESG. There is an aging population.”

Puri added that she isn’t expecting the country to go into a recession, but she believes the economy will slow.

“Three years ago, we were seeing some extreme late-cycle dynamics, in terms of spicy credits coming to market, and with the demand, investors came in hoovering them up. But the Fed gave us a couple of extra innings,” said Christian Stracke, managing director and global head of credit research PIMCO. “It feels pretty late-cycle, but there are still aggressive deals getting done.”

“There has been a lot of headroom built up, particularly from the stimulus money,” Hunter said. “We are expecting low default rates of 1-to 1.5%.”

How the retraction of stimulus money will hit the lower end of the socioeconomic spectrum is a concern, said Justin Slatky, chief investment officer for Shenkman Capital Management.

“Coming into this year, the inflation number is clearly climbing faster than what we expected,” Slatky said. “As the stimulus checks burn off, it will affect corporations and consumers. We are looking at where the cracks are. The low-end consumers are where the biggest risk could be. At some point, the stimulus checks will go away and everyone in America will be hit by that.”

High gas prices aren’t enticing any of these investors to invest in oil exploration, because of the restrictions imposed by investors with an eye on environmental, social, and governance, or ESG, factors.

“A lot of people can’t touch energy, unless its utilities or solar,” Puri said. “When you have limited buyers, it’s hard to price into that market.”

PIMCO came out with a statement on oil and gas, saying it is steering clear of it, Stracke said.

“I don’t think there is much chance that large institutional investors, who have significant investments in ESG will change their mind,” Stracke said, adding he doesn’t think it’s likely there will be an investment surge in that space.