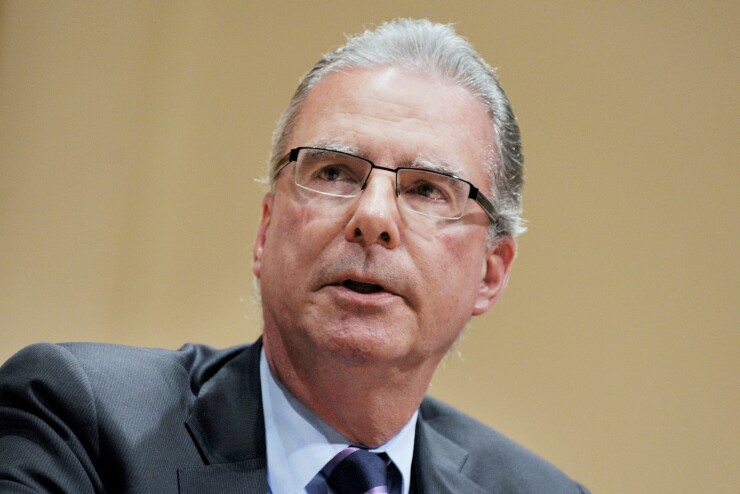 “Broadly, the recoveries to date are a reminder of the power of credit fundamentals — leverage, operational balance, and economic capacity — over security features on paper,” Medioli wrote.

As in the Detroit and Jefferson County, Alabama, bankruptcies, “credit fundamentals in Puerto Rico have outweighed legal protections as a driver not only of default but also subsequent recovery,” Medioli wrote. “Legal provisions have certainly influenced recovery, but often in unpredictable ways. Also, some debt classes have avoided impairment altogether and pensioners have received better treatment than bondholders.”

Puerto Rico’s lengthy recovery process “demonstrates that time and delay matter in recovery because of the lost time value of money … ” Medioli said. “This is perhaps why relatively quick default settlements in the municipal sector are more common than protracted court battles, particularly given the absence of legal precedent compared to the corporate sector.”

“The CVI depends on the commonwealth’s future economic growth, which may now be further hindered by inflation and energy costs,” Medioli said.

The GO and PRIFA defaults initially occurred in 2016, CCDA in 2017, while the Public Finance Corp. leases first defaulted in 2015; all have been ongoing.

“And the lost time value is significant: the GO cash recovery is 74% on a nominal basis, but closer to 53% on an adjusted, present-value basis,” he added.

Moody’s report was released a little more than a month after the enactment of Puerto Rico’s central government restructuring. About 80% of all Puerto Rico government-related debt has been restructured, if one includes the debt of the authorities and municipalities.

The terms for the Puerto Rico Electric Power Authority bonds are under negotiation. Those for the Highways and Transportation Authority seem to be fairly clear but are not yet set in stone.

Other market participants said they saw other lessons from Puerto Rico’s long road to exiting bankruptcy.

“I’d argue that it’s political willingness, or the failure of such, that trumps credit fundamentals and legal protections both,” said Matt Fabian, partner at Municipal Market Analytics. “And that, as an investor, you can’t trust ratings, legals, or the behavior of other investors too much.”

John Hallacy, president of John Hallacy Consulting, said, “It is generally true that pension recipients have done better than bondholders in a number of the cases that we have had in recent years.

“I do agree that the GO pledge has been somewhat tarnished here,” Hallacy said. “The CVI component of the recovery for GO holders is also a very different development in mainstream municipal credits. The provision is more corporate or sovereign market like in nature.

“Credit is always fundamental to the success of the outcome of the process,” Hallacy said. “The capacity to pay needs to be there.”

CreditSights Senior Municipals Analyst John Ceffalio said he generally agreed with the Moody’s piece. But he added, “The bankruptcy and PROMESA are reminders that Congress can preempt territorial laws and change territorial governance any time it wants … . Recoveries in Puerto Rico by bond class seemed to vary more by the twists and turns of negotiations rather than by security strength.”

Tom Kozlik, head of municipal research and analytics at HilltopSecurities, said he agreed with Moody’s that time and delay matter in recovery, and he said getting through the process to economic recovery is key.

“The sooner an entity can get through its reorganization, the sooner it can get to growing organically and participate in the peaks of future economic cycles,.” Kozlik said.

In the Detroit bankruptcy, the presiding judge, Steven Rhodes, said during unsecured creditor recoveries, “the court concludes that fairness and unfairness are matters of conscience and that determining fairness is a matter of relying upon the judgment of conscience.”

Kozlik said this focus on “conscience” rather than the law drove the treatment of liabilities in Puerto Rico’s bankruptcy.

Kozlik agreed with Ceffalio that the federal role in creating the Puerto Rico Oversight, Management, and Economic Stability Act was a key difference of Puerto Rico’s bankruptcy from recent municipal bankruptcies, where the federal government was not directly involved.
Puerto Rico Aqueduct and Sewer Authority,