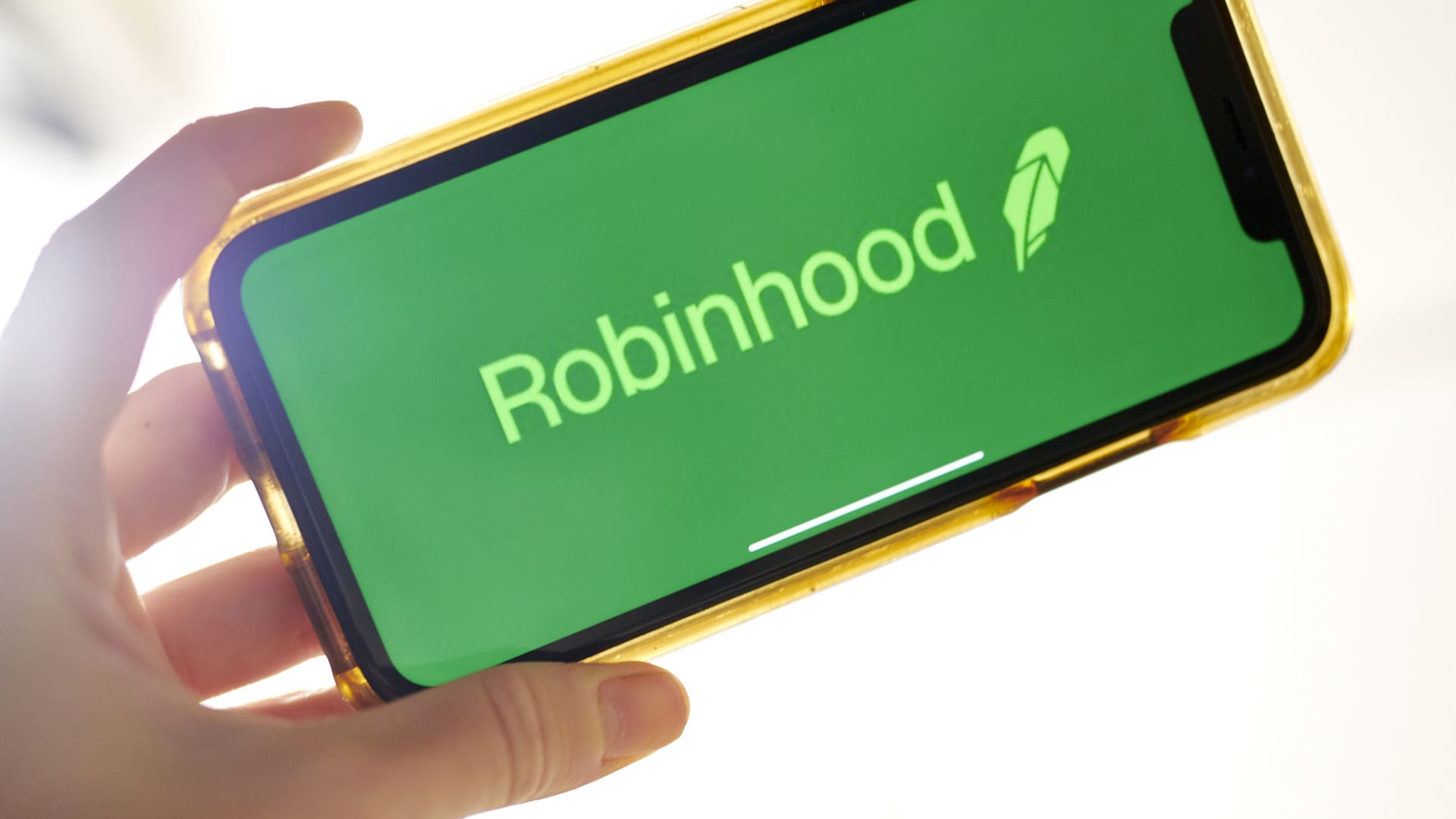 Retail brokerage firm Robinhood reported a wider-than-expected loss and shrinking revenue for the first quarter, showing signs that the small-dollar trading boom that captivated Wall Street a year ago may have run out of steam.

Shares of the company were down more than 11% in after hours trading, hitting all-time lows.

Robinhood emerged as one of the key players in last year’s meme stock saga, with retail traders signing up for accounts and helping drive rapid moves in stocks like GameStop. That made for tough comparisons in the first quarter, but the slowdown in trading activity was even more dramatic than anticipated.

The logo for Robinhood is displayed on a smartphone in an arranged photograph.
Gabby Jones | Bloomberg | Getty Images

“Our larger customers are still remaining active, but we are seeing more pronounced declines from those that have lower balances,” CEO Vlad Tenev said on a conference call with investors and analysts. “With the uncertainty in the market, our customers became more cautious with their portfolios.”

Here’s what the company reported compared with what Wall Street was expecting, based on a survey of analysts by Refinitiv:

The brokerage’s main source of revenue is a practice known as payment for order flow. Though trading is free from the customer’s perspective, Robinhood earns a spread on the trades that it sends to large trading houses.

In an effort to jumpstart revenue and user growth, Robinhood has been introducing new products and features. The company announced in late March that it had expanded extended trading hours.

Robinhood also rolled out crypto wallets to customers earlier in April. In the first quarter, revenue from crypto trading declined to $54 million, but that surpassed the $36 million from equities trading. Those numbers were $88 million and $133 million, respectively, a year ago.

Options trading was the biggest area of revenue at $127 million, down from $198 million a year ago.

“This story was the story of two competing forces — our accelerating product development juxtaposed against a difficult macroeconomic climate,” Tenev said.

Robinhood is also watching its costs. On Tuesday, Robinhood said it will cut its full-time workforce by about 9%, citing “duplicate roles and job functions” for the layoffs.

The company said Thursday it now expects operating expenses to increase between 2% and 5% in 2022, excluding share-based compensation. Previous guidance called for an increase of 15% to 20%.

Tenev said the company aimed to have positive adjusted EBITDA — or earnings before interest, taxes, depreciation and amortization — by the end of the year. That metric showed a loss of $143 million in the first quarter.

Robinhood went public in July 2021 at $38 per share, but the stock has struggled to find traction. It closed at $10.09 per share on Thursday before falling after results were released.