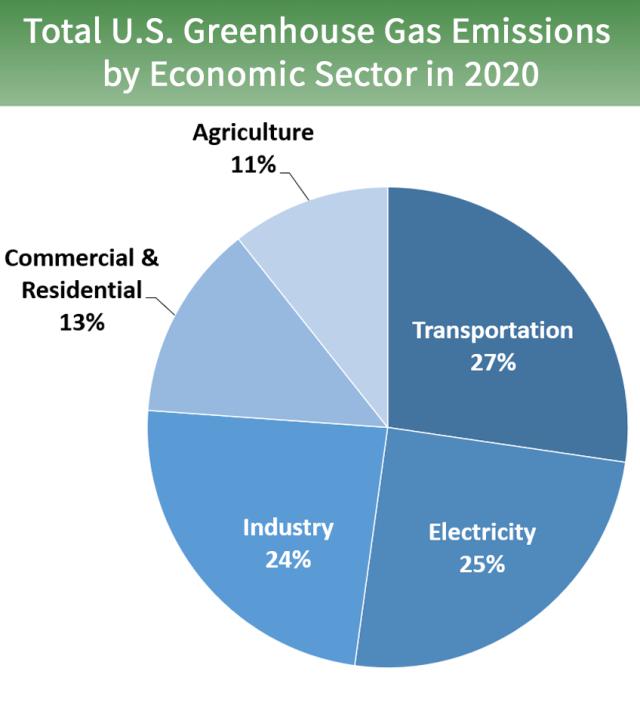 In order to seriously address climate change there will need to be major changes in the US transportation sector because it represents 29% of our total US greenhouse gas emissions. Electric cars and SUVs are widely promoted as a solution; however, that change is only climate-friendly if the grid used to charge them is dramatically shifted towards renewable energy sources such as wind or solar.

However, electrification is not a particularly viable solution to replace the diesel engines which play many important roles in modern society. They power trucks, trains, boats and barges, many public and school buses, heavy farm and construction equipment, military vehicles, and generators for making backup electricity. The functional advantage of diesel engines is that their high torque makes them powerful enough for moving heavy loads while their high efficiency is good for long routes or prolonged tasks. A downside is that diesel engines have air pollution issues (particulates and NOx emissions).

This diesel sector is a key part of the climate change challenge. According to the US Energy Information Agency (EIA) annual US diesel use in the 2020 transport sector was 44.6 billion gallons– comprising 16% of total US petroleum consumption and generating 26% of the fossil CO2 emissions of the transportation sector. The straight-forward path to “decarbonize” the sector would be to expand the use of biodiesel made from plant and animal-based fats. An interesting new option might be to use bioethanol made from plant-based carbohydrates. There are pros and cons for each biofuel option, but realistically there are logical roles for both.

Biodiesel is already an established industry with a global market value of US$ 23.2 billion which is projected to reach US$ 25.9 billion by 2026. It is most commonly blended at 20% with regular diesel and sold as B20. US production capacity as of 2022 was 2.25 billion gallons/year which represents around 5% of the existing diesel use. Biodiesel is made from oilseed crops like soybeans, but also from used restaurant frying oil, animal fat from rendering facilities.

The most common biodiesel blend on the market today is B20 with 20% biodiesel and 80% petroleum-based diesel. It can be used for almost any new or old diesel engine. Many existing diesel engines can also use an 80% biodiesel blend, but above that level the fuel efficiency begins to decline and there are storage issues under cold temperatures. Biodiesel production would need to be substantially expanded in order to achieve a significant carbon footprint reduction for the diesel engine sector, but to do so would be minimally disruptive to the mechanical and distribution aspects of the segment.

The novel option mentioned earlier would be to modify existing diesel engines so that they can use bioethanol derived from the carbohydrates. That strategy is being pursued by a company called “ClearFlame Engine Technologies.” The status of the technology will be discussed below, but first some background on this particular fuel.

Bioethanol is also an established industry supplying the automotive sector with 10-15% blends. The global market in 2020 was worth US$ 33.7 billion and is projected to grow to $US 64.8 billion by 2025. Production is mainly based on corn or sugarcane but could come from other sources. US production capacity for that fuel is 17.4 billion gallons/year. While that is nearly eight times the annual production capacity of biodiesel, there would still have to be a substantial increase in the production of bioethanol in order for the ClearFlame technology to be used to completely eliminate the climate change profile of the US diesel engine sector— although bioethanol volumes are already sufficient to decarbonize 23% of on-road use.

The CO2 released by burning biofuels is classified as “biogenic” in that it was recently captured during photosynthesis by plants as opposed to “fossil carbon” released by burning petroleum based fuel. Even so, the production of a biofuel still has a fossil carbon “footprint” based on the fossil-based energy involved in making it (e.g.fertilizer and other inputs for farming the crop, tractor fuel, electricity, transport to the refiner, and the fermentation process itself). The “energy ratio” is the amount of energy in the final biofuel product divided by those production energy requirements. The carbon efficiencies of both biodiesel and bioethanol have improved as the production systems have matured. Biodiesel efficiency increased from 3.2 in 1998 to 5.52 in 2011. Bioethanol efficiencies tend to be lower for the typical corn-based facilities ( an average of 2.1 in one study), but they can be as high as 4.0 in some production facilities according to another USDA study . The overall profile of bioethanol could also be improved by adding carbon capture capability during production, and the farming part of the footprint could be reduced by using “electrified nitrogen fertilizer.” Bottom line, either of these biofuels could make a significant difference in the carbon footprint of the current, fossil diesel sector.

Ethanol cannot currently be used in diesel engines; however it is the ambitious vision of a start-up company called ClearFlame to overcome that limitation. Their goal is not to replace them, but to modify existing engines so that they become “fuel agnostic.”

The ClearFlame story begins with two mechanical engineering graduate students who met at Stanford in 2009. One of their professors, Dr. Chris Edwards, inspired these students to look to technology as the way to pursue societal values like the decoupling of energy needs from fossil fuels. Changing to electric vehicles was, in his estimation, an important solution for some markets— but billions of people in the world would need a different sustainable solution. The students, BJ Johnson and Julie Blumreiter went on to receive their Ph.D.s at Stanford. In 2017 they started a company focused on the goal of retrofitting existing diesel vehicles and equipment with “fuel agnostic engines” which could use any low carbon footprint fuel, particularly ethanol.

As ambitious as that sounds, they have been taken seriously by the venture investment community and by key elements of the industries they hope to serve. Their development work was conducted at Argonne National Laboratory and they initially raised $3 million with an impressive list of grant partners (US Department of Energy, NSF, USDA, TomKat Center for Sustainable Energy, John Deere and Stanford University), followed by securing $17 million in Series A Financing in 2021, led by Bill Gates-founded Breakthrough Energy Ventures, with participation from Mercuria, John Deere, and Clean Energy Ventures.

ClearFlame’s engine modification involves a higher-temperature combustion process — which combines small plumbing changes with a different fuel injection system to enable “diesel style” combustion of any low carbon fuel, including 100% ethanol. This modification is expected to be practical for almost any engine manufactured since 2010. A just-released study by Gladstein, Neandross& Associates analyzed the total cost of ownership of a ClearFlame-equipped truck and found that it was expected to cost less per mile than diesel, natural gas, electric, and hydrogen-based platforms— including potentially 40% less than electric and 30% less than hydrogen— thanks mainly to the low cost of ethanol fuel. ClearFlame aims for the technology to essentially pay for itself within the first 18-24 months. In addition to the carbon footprint reduction based on the fuel change (~40%), these engines would generate much lower smog and 100 times less soot. With individual states like California setting fuel and emissions standards, that cleaner profile would be helpful for inter-state shippers. The biofuel advantage would also be attractive in countries like Sweden or the UK that have carbon taxes. For companies that have their own distribution fleets, this change could help to meet sustainability or carbon footprint goals or commitments while also lowering their costs.

The next critical stage for this technology is now underway as industry players get to “kick the tires” to see if the modified engines have the performance and staying power needed for these demanding uses. The first ClearFlame modified trucks began road testing in 2022. Prototype farm equipment is being evaluated by John Deere, which is conducting pilot testing of ClearFlame’s technology. Pilot power generators are also in test.

If the results meet expectations, the next challenge is to consider fuel distribution issues. Full strength bioethanol would be easily available to fuel agricultural machinery typically based close to the fermentation facilities at which it is made. It is then delivered to fuel terminals at a full 98% concentration for blending for something like automobile fuel. Regional trucking fleets could tap into those supplies if bigger pumps were in place for rapidly filling their tanks. A future use for long-distance trucking would require some infrastructure adjustments at the truck stop level, but still would utilize the existing liquid distribution terminals

This technology is being watched with interest by many parties in the vehicle and equipment sectors. It is also an important to the agricultural community. For instance, a member of the Iowa Corn Association is on the ClearFlame Board. The concept of shifting the diesel engine sector further towards biofuels is also attractive from an energy independence point of view. The hope is that “down the road” this turns out to be another solution that fits the ecomodernist vision.

Salt Lake City, Dallas And Denver Are Expected To Have The Biggest Inventory Gains In 2023
Iron Condors: 101 What is it and How Does it Make You Money?
TotalEnergies says exposure to Adani stands at $3.1bn as turmoil mounts
SBF bail guarantor to go public, UK crypto framework and Celsius news: Hodler’s Digest, Jan. 29 – Feb. 4
Survey says: 2023 issuance will be the same; rates will rise