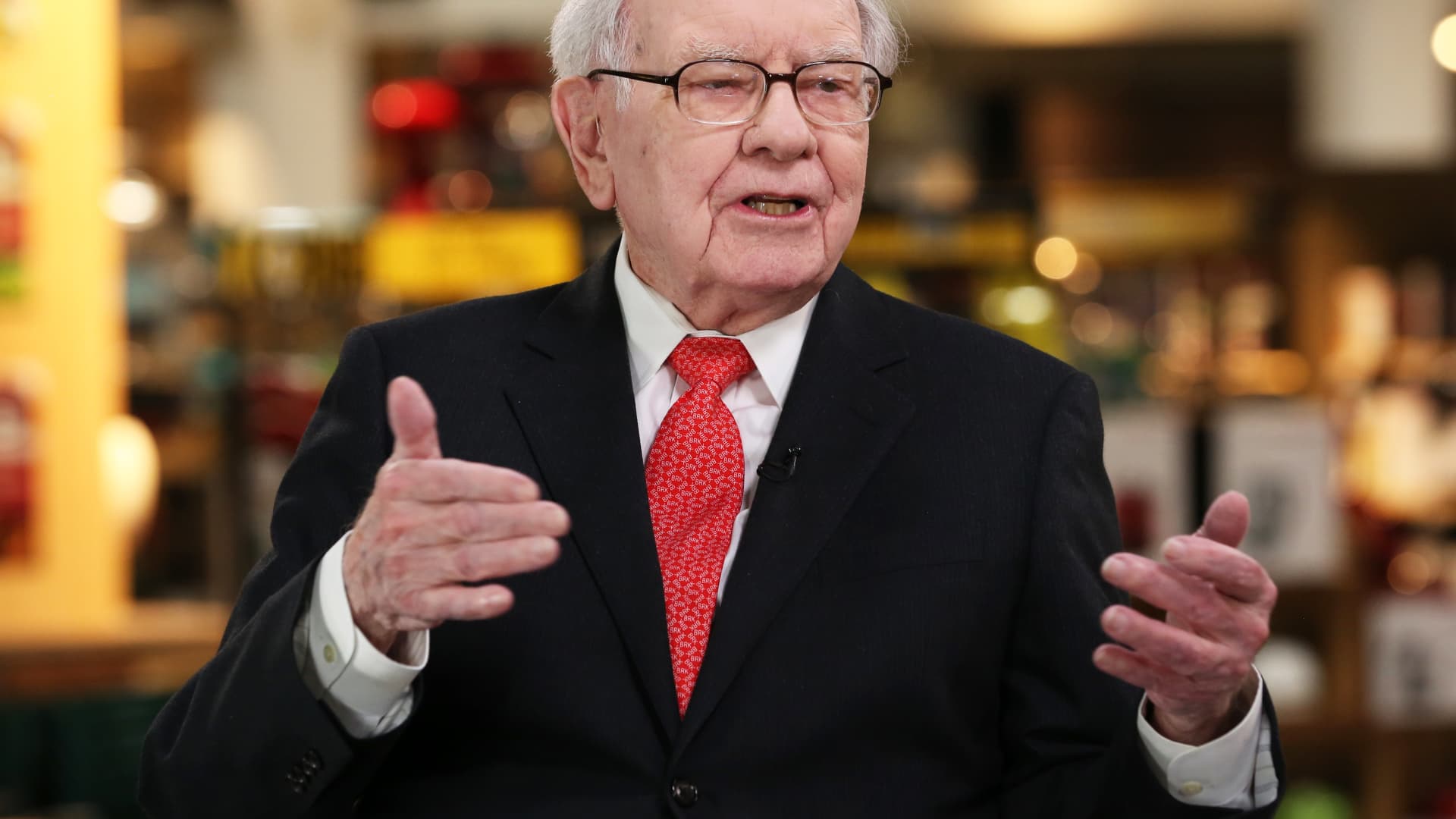 But his recent moves are more notable for what he has avoided investing in — banks.

For years, big American banks were Warren Buffett’s favorite investment. Like another top Buffett industry — railroads — banks are part of the infrastructure of the country, a nation he continually bets on. Banking is a business he understands, having helped rescue Salomon Brothers in the 1990s and injecting $5 billion into Goldman Sachs at the height of the 2008 financial crisis.

In fact, Buffett’s top stock holding for three straight years through 2017 was Wells Fargo. As recently as late 2019, Berkshire had large stakes in four of the five biggest U.S. banks.

But something changed, and observers say it could have implications for the future of the U.S. economy. Investors and analysts are sure to ask Buffett about his views during the company’s annual shareholder meeting on April 30.

After Buffett began loading up on bank stocks in 2018, buying into JPMorgan Chase and Goldman as well as Bank of New York Mellon, PNC Financial and US Bancorp, he explained the moves to CNBC’s Becky Quick as a classic value play, one of the hallmarks of his renowned investing career.

“They’re very good investments at sensible prices, based on my thinking, and they’re cheaper than other businesses that are also good businesses by some margin,” he said.

In particular, he was enthused about Jamie Dimon-led JPMorgan, telling Quick that he was “dumb” for not buying shares earlier.

After the onset of the coronavirus pandemic in early 2020, however, lenders began setting aside tens of billions of dollars for an expected deluge of loan defaults. Despite the industry becoming significantly cheaper to own, Buffett reversed many of his wagers, unloading JPMorgan, Goldman and Wells Fargo.

“He sold them at depressed prices, and he missed out on a lot of the recovery afterwards,” James Shanahan, an Edward Jones analyst who covers banks and Berkshire Hathaway, said in an interview. “But there was a lot of uncertainty at that time.”

At last year’s shareholder meeting, Buffett explained his thinking: “I like banks generally, I just didn’t like the proportion we had compared to the possible risk if we got the bad results that so far we haven’t gotten,” Buffett said.

Actions by the Federal Reserve to flood the country with money and support markets averted the worst financial impacts of pandemic-induced lockdowns, and the surge of defaults the industry had expected didn’t arrive.

Now, while the pandemic is finally receding in the U.S., Buffett hasn’t given the all-clear signal on banks. Why is that?

After disposing of many of his positions in 2020, he has largely left his bets on the industry untouched, according to an analysis of quarterly filings. By dropping JPMorgan and Goldman, he cut back on his exposure to volatile Wall Street activities including trading markets and global investment banking.

His remaining roster of financials — including a massive $40 billion-plus position in Bank of America and a far smaller holding in U.S. Bancorp — show that Buffett wants to focus on basic U.S. retail and business banking as a safer place to park his money. The position that Wells Fargo had for years in his portfolio has effectively been replaced with Bank of America, his second biggest holding overall after Apple.

“What this is telling you is, he thinks we need to batten down the hatches because we’re looking at a long cycle of inflation and probably stagnation,” said Phillip Phan, a professor at the Johns Hopkins Carey Business School. “Banks are very cyclical, and all indications are that we’re in a high inflation, high rate environment for a while. What that typically means is that lending activity is going to be compressed and investment activity is going to be depressed.”

Despite rising interest rates this year, which typically boost banks because lending margins improve, the stocks have gotten hammered.

JPMorgan shares have sagged 23% in 2022 to touch a 52-week low on Wednesday. Goldman has dropped 18% this year. The concern is that the U.S. economy could stall as the Fed combats inflation with interest rate hikes, which increase borrowing costs after more than a decade of rock-bottom rates.

JPMorgan’s Dimon has sounded the alarm on that risk, surprising analysts this month with a $1.5 billion first-quarter provision for credit losses because of the Ukraine war and the increasing odds of a recession.

In other words, it’s possible that the “bad results” that Buffett feared in 2020 are still ahead for the industry; they’ve merely been delayed.

Buffett could be waiting for even lower prices for banks or a sign that the U.S. will evade recession to deploy his considerable cash reserves. Even after his recent $23 billion shopping spree, Berkshire has more than $120 billion in cash left.

Another way to view the diminished role of banks in Buffett’s portfolio is the increasing share taken up by technology names led by Apple, thanks to the influence of Berkshire’s relatively new money managers and the pressing need to beat the S&P 500 benchmark, Shanahan said.

“Historically, if you go back five or 10 years, it was always 40% to 50% in financial stocks,” said Shanahan. “The biggest change to the portfolio is that it’s become a lot less concentrated in financial services and a lot more in technology.”