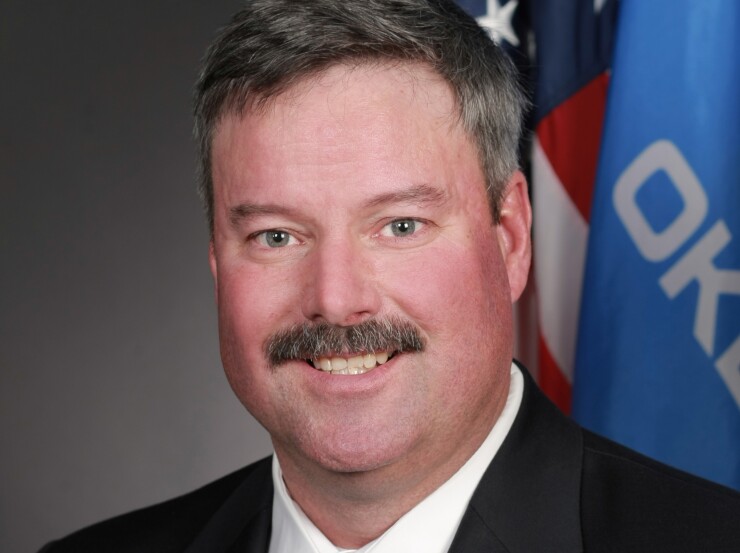 Oklahoma is poised to follow in the footsteps of Texas in preventing banks from participating in municipal bond deals if they “discriminate” against the firearm industry or “boycott” fossil fuel energy companies with two bills nearing final legislative approval this week.

On the gun front, House Bill 3144, which passed the state Senate in a 37-8 vote on Wednesday, will return to the House, where it was approved March 23 in an equally lopsided vote of 72-17, for concurrence with Senate changes.

The bill’s sponsor, Republican Sen. Casey Murdock, said the bill is similar to a law that took effect Sept. 1 in Texas and is aimed at protecting firearm manufacturers and retailers and Second Amendment rights.

“Today, the firearm industry is being attacked and discriminated against simply because of manufacturing firearms,” he said. “These basically New York City woke banks have policies that state if a gun manufacturer manufactures high-capacity magazines they will not loan them money. If a business sells long rifles to anyone under 21, they will not loan them money. This bill simply states that if you have these policies the state of Oklahoma will not do business with your company.”

Citigroup has continued to underwrite bonds in Texas. In 2018, it announced a U.S. commercial firearms policy that requires new retail sector clients to adhere to “best practices” of prohibiting firearm sales to someone who has not passed a background check or is under age 21, and not selling bump stocks or high-capacity magazines.

Bank of America, which announced in 2018 that it would halt financing for companies that manufactured military-style weapons for civilians, has largely stayed out of the Texas muni market.

Murdock fended off a barrage of questions from Democratic lawmakers who raised concerns about the bill’s impact on free speech, the free market, and if it would cost Oklahoma and its local governments more to sell bonds.

Murdock contended that the Texas law has not adversely affected that state’s bond sales and even if the legislation landed up costing Oklahoma more it was worth it.

“Are we going to give away our Second Amendment rights because we can save some money?” he asked, adding that his rights are not for sale.

He added that by no longer allowing “big dogs” like Bank of America and JP Morgan Chase into bond deals, mid-sized banks would be able to compete for that business.

On Tuesday, the Oklahoma Senate passed HB 2034, which was also returned to the House for concurrence. That bill requires the state to divest from financial companies that “boycott” the energy industry.

“Oklahoma is the state fossil fuels built,” Republican state Rep. Mark McBride, the bill’s sponsor, said in a statement. “Oil and gas are extremely significant to Oklahomans and our overall economy, and this bill protects our interests from a global movement that attacks the use of fossil fuels.”

Like the Texas laws, the Oklahoma bills would require a company to provide written verification for contracts with state or local governments worth $100,000 or more that it does not have a practice, policy, guidance, or directive that discriminates against a firearm entity or trade group or that it does not boycott energy companies.

Mark Oliva, managing director of public affairs for the National Shooting Sports Foundation, which has been pushing similar legislation in other states, said “enacting this legislation to end banking discrimination is crucial to proving Oklahoma’s commitment to safeguarding fundamental rights.”

Another copycat firearm bill is pending in the Arizona Senate after passing the House earlier this year. This month, a firearm industry-related bill was introduced in Louisiana, where the Republican-controlled legislature last year passed a similar measure, which was vetoed by Gov. John Bel Edwards.