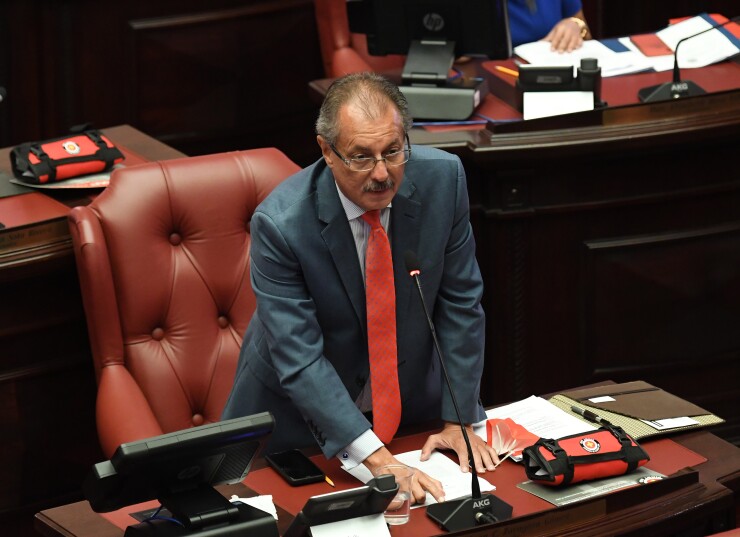 The board sent a letter on Friday to Gov. Pedro Pierluisi rejecting the budget he submitted on March 16, and two separate letters to Juan Zaragoza Gómez, Senate Finance Committee president, rejecting three Senate bills relating to firefighters compensation and healthcare.

Board Chairman David Skeel, in the budget letter, said the proposed fiscal 2023 budget was not compliant with the board-approved Puerto Fiscal Plan, certified Jan. 27. He told Pierluisi the budget would have to be substantially revised before it could be submitted to the legislature.

Pierluisi had approved a General Fund budget $100 million more than the board’s own $12.473 billion budget.

The governor’s budget allocations diverge below as well as up from the board’s allocations.

The board directed the Medicaid budget be allocated $60 million more than that found in Pierluisi’s budget. While Pierluisi would eliminate subsidies to the Highways and Transportation Authority, the board says $179 million of these should be retained. It said eliminating this would create significant deficits for HTA’s non-toll assets and disrupt operations.

On the other hand, the board said the budget should provide $130 million less to municipalities for Medicaid expenses and $100 million less to a pension reserve trust. It said Pierluisi’s proposed $112 million increase for an “operational reserve” should be eliminated.

Pierluisi’s spokesperson did not immediately respond to a request for a comment.

Both firefighting bills would increase firefighter pay beyond the fiscal plan level without identifying a funding source, El Koury said.

“The [debt] restructuring does not provide a license to return to the same pattern of unprincipled spending that led to the fiscal crisis that precipitated the passage of the [Puerto Rico Oversight, Management, and Economic Stability Act] and the commencement of Title III proceedings.”

The board’s general counsel told Zaragoza Gómez the board was happy he had contacted it for review of the bills, neither of which the legislature has yet passed.

“What do we get out of all this?” Puerto Rico Attorney John Mudd said on Twitter Tuesday. “That the legislature and the executive think that since the [debt] adjustment plan was approved, they can now do what they want, and that is not the case. This does not bode well for the future when the board is no longer here, however.”