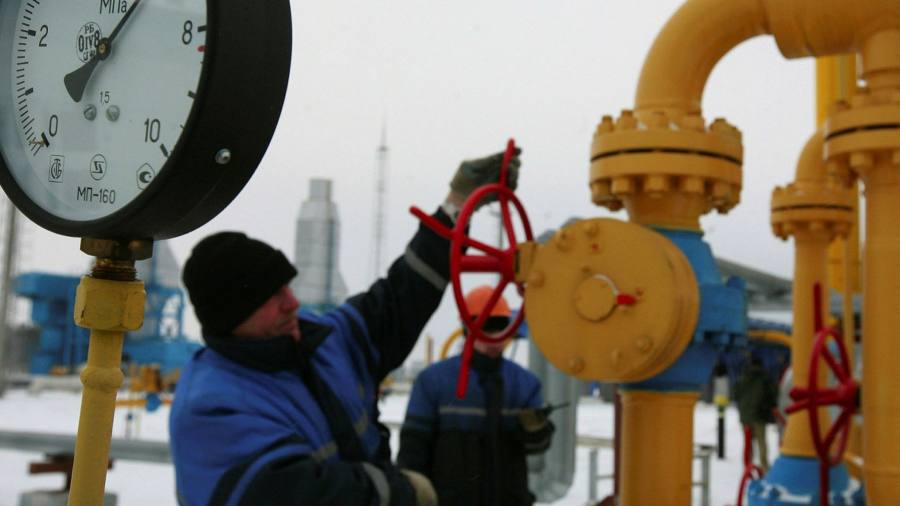 European gas prices rose by a fifth on Wednesday after Russia’s Gazprom suspended supplies to Poland and Bulgaria, saying the countries had failed to make rouble payments that were due a day earlier.

Futures contracts tracking Europe’s wholesale gas price advanced about 20 per cent at €117 per megawatt hour in early trading. Prices are almost seven times higher than a year ago. The euro, which has declined steadily since February, fell to a five-year low against the dollar on Wednesday.

“Gazprom has completely suspended gas supplies to Bulgargaz (Bulgaria) and PGNiG (Poland) due to non-payment in roubles,” Gazprom said in a statement.

Ursula von der Leyen, European Commission president, accused Russia of attempting to use gas as “an instrument of blackmail” after Gazprom’s decision to suspend the deliveries.

In a statement, she called its action “unjustified and unacceptable” and said it pointed to Russia being an unreliable gas supplier. Von der Leyen said the EU was prepared for the scenario, however, and contingency plans were in place. The EU had been working to ensure alternative deliveries and the “best possible” gas storage levels, she said.

Gazprom Export, the Russian group’s export subsidiary, did not receive payments for April supplies from Bulgargaz and PGNiG in roubles as of the end of the business day on Tuesday, as was required by a new Russian rule, it said.

Russia’s president Vladimir Putin decreed in March that Gazprom gas exported to so-called unfriendly countries, which include the EU, as of April be sold only for roubles according to a scheme established between Gazprom, Gazprombank, Russia’s central bank and the government.

Multiple European buyers refused to pay in roubles, saying it contradicted contract terms and would be a way to bypass EU sanctions on the Russian central bank.

“Politically, this raises the stakes for the EU Commission’s decision on whether the new payment system would violate sanctions and, hence, will probably keep market volatility elevated,” said Goldman Sachs analyst Samantha Dart in a note to clients.

Gazprom Export notified Bulgargaz and PGNiG of the suspension of gas supplies from Wednesday until payment was made in accordance with the decreed procedure, the company said. It warned that the unauthorised withdrawal of gas volumes transiting through Poland and Bulgaria to other European countries such as Germany would result in a reduction of transit supplies.

“Bulgaria and Poland are transit states,” Gazprom said. “In the event of unauthorised withdrawal of Russian gas from transit volumes to third countries, supplies for transit will be reduced by this volume.”

Russia said the transition to rouble payments for its gas instead of euros or dollars was a response to western sanctions against its central bank, which froze about half of the country’s foreign reserves.

Europe depends on Russia for more than a third of its gas needs. Gazprom holds a monopoly on pipeline gas supplies in Russia.

Hungary meanwhile has struck a deal to pay into a euro-denominated account with Gazprombank, which in turn will deposit the amount in roubles to Gazprom Export, foreign minister Peter Szijjarto said in a video posted to Facebook. Its next payment is due on May 22, he said. Slovakia has reached the same agreement, he added.

Szijjarto assured Hungarians that although the country’s gas supply arrived via Turkey, Bulgaria and Serbia from Russia, transit through Bulgaria would not be affected and the country would continue to receive its supply “according to the contract and according to plan”.