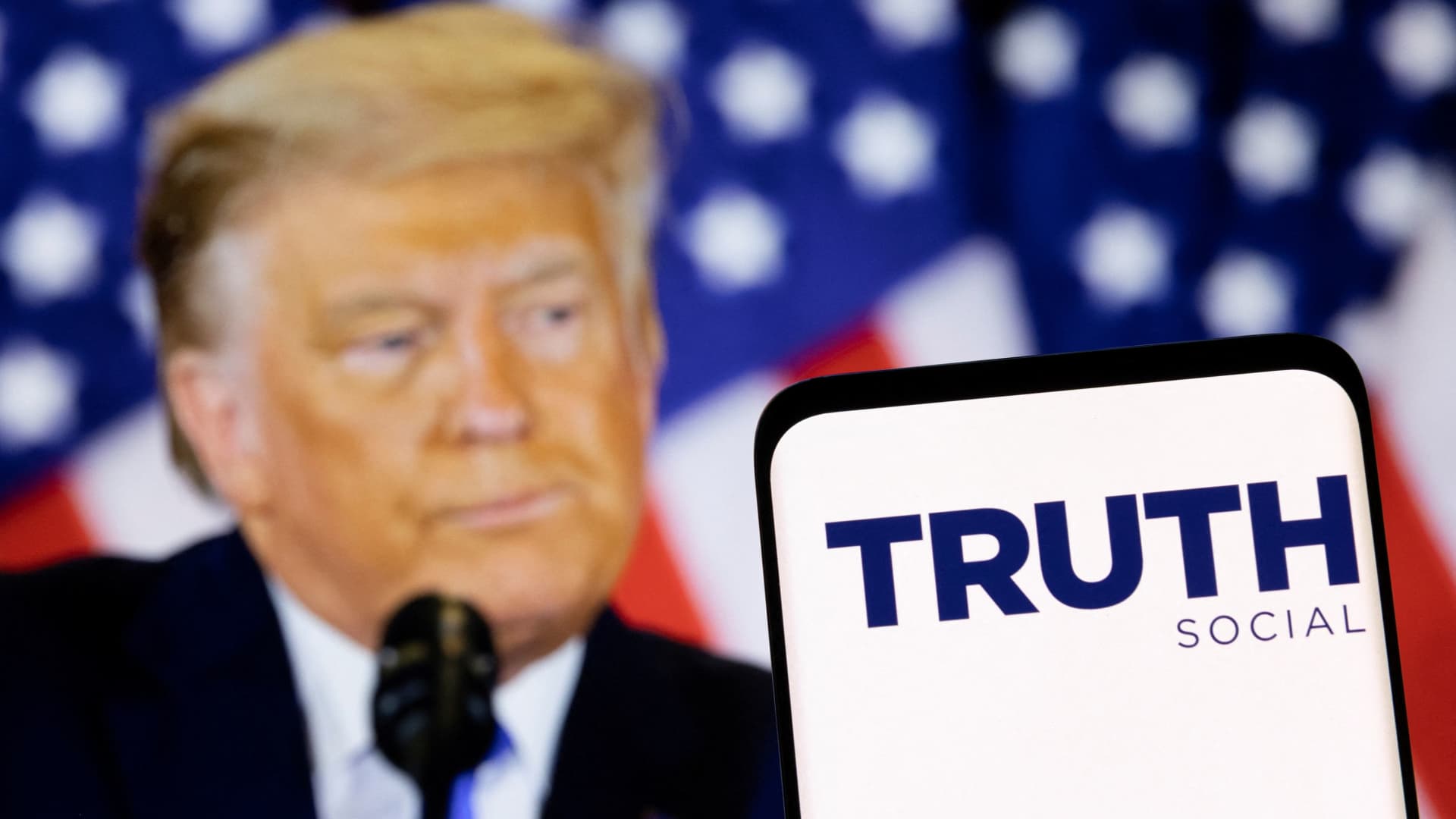 The Truth social network logo is seen on a smartphone in front of a display of former U.S. President Donald Trump in this picture illustration taken February 21, 2022.
Dado Ruvic | Reuters

The stock had fallen more than 5% in premarket trading, but narrowed its losses at the market open. The stock is down more than 20%year to date. The special purpose acquisition company is on track to merge with former president’s Trump Media & Technology Group.

The media venture includes a social media platform called Truth Social, which launched on the Apple App Store in February. Trump’s company is being marketed as an alternative to social media giants Twitter and Facebook, both of which banned him on the grounds of inciting the Jan. 6, 2021, riot at the U.S. Capitol.

The sell-off in shares could be related to news that Twitter might be close to a deal with Musk, who has vowed to change the platform’s policies on censorship.

The Tesla CEO earlier this month offered to buy Twitter for $54.20 a share, or about $43 billion. The social media company, whose board met with Musk Sunday, became more receptive to the bid after he revealed he secured $46.5 billion in financing.

Despite a weak 2022, shares of DWAC, which often trade in a volatile range, have quadrupled in value since its September launch at $10 apiece.