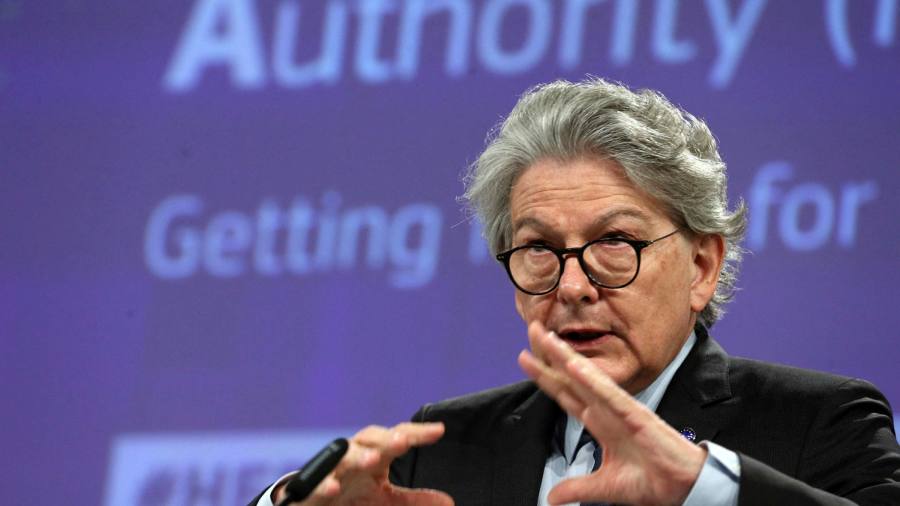 Brussels has warned Elon Musk that Twitter must comply with the EU’s new digital rules under his ownership, or risk hefty fines or even a ban, setting the stage for a global regulatory battle over the future of the social media platform.

Breton said: “We welcome everyone. We are open but on our conditions. At least we know what to tell him: ‘Elon, there are rules. You are welcome but these are our rules. It’s not your rules which will apply here.’”

Musk’s take-private deal for Twitter could transform the Tesla chief executive, who has used the platform to attack regulators and critics, into a social media baron, given that millions of people rely on the San Francisco-based platform for news.

He said on Monday that “free speech is the bedrock of a functioning democracy” and described Twitter as “the digital town square where matters vital to the future of humanity are debated”.

The comments from Breton, one of Europe’s most influential digital regulators, come just days after Brussels signed off a new piece of legislation that will force Big Tech to more aggressively police content online.

In pitching his offer for Twitter, Musk outlined plans to loosen the social media platform’s content moderation policies, describing himself as a “free speech absolutist”. Republican politicians in the US are hopeful that the deal could pave the way for Donald Trump to return to Twitter, after the former president was banned for repeatedly breaching its rules around hate speech and misinformation.

But Breton said he wanted to offer a “reality check” to Musk’s plans for less stringent moderation. The EU commissioner, who was key in negotiating the new Digital Services Act, warned that a lack of compliance from Twitter risked a ban for the platform in Europe.

“If [Twitter] does not comply with our law, there are sanctions — 6 per cent of the revenue and, if they continue, banned from operating in Europe,” he added.

The Digital Services Act forces the like of Twitter to disclose to regulators how they are tackling content such as disinformation and war propaganda. The groundbreaking rules are part of a bigger push by Brussels to curb the power of large online platforms, including Facebook and Google.

Last month, the EU also unveiled the Digital Markets Act, aimed at curbing the power of big tech, including a ban on platforms promoting their own services ahead of rivals.