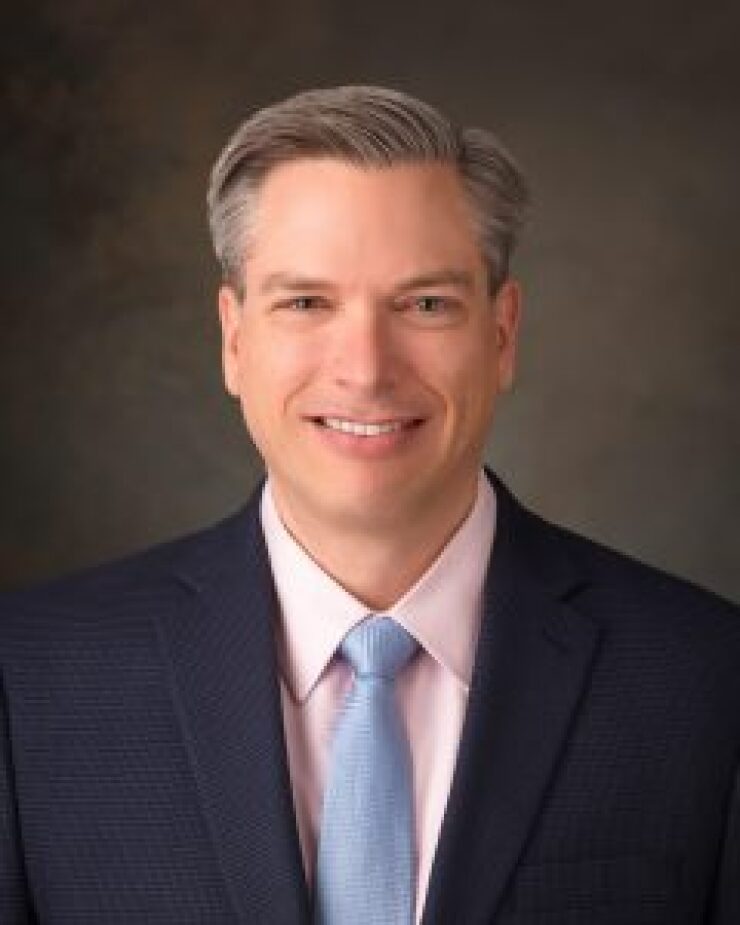 Utah’s top elected officials demanded on Thursday that S&P Global Ratings cease applying environmental, social, and governance (ESG) factors to the state through the use of what they called a politicized rating system based on indeterminate factors.

A letter to S&P signed by Gov. Spencer Cox, Treasurer Marlo Oaks, other state constitutional officeholders, legislative leaders, and Utah’s Congressional delegation, stated their objection “to any ESG ratings, ESG credit indicators, or any other ESG scoring system that calls out ESG factors separate from, in addition to, or apart from traditional credit ratings.”

S&P, which rates Utah AAA with a stable outlook, declined to comment about the letter.

In an ESG credit indicator report card for all 50 states that S&P released on March 31, Utah was assigned “a moderately negative” score for environmental factors, due largely to long-term water supply challenges. Utah’s governor declared a state of emergency on Thursday due to “dire drought conditions affecting the entire state.”

The state received neutral scores for social and governance factors.

The letter demanded that S&P withdraw those credit indicators and stop publishing any ESG factors for the state.

“Considering recent global events, the current economic situation in the U.S., and the unreliability and inherently political nature of ESG factors in investment decisions, we view this newfound focus on ESG as politicizing the ratings process,” the letter stated. “It is deeply counterproductive, misleading, potentially damaging to the entities being rated, and possibly illegal.”

It added that “no financial firm should substitute its political judgments for objective financial analysis, especially on matters that are unrelated to the underlying businesses, assets and cash flows it evaluates.”

The elected officials also expressed concern “the disclosure of ESG factors will unfairly and adversely affect Utah’s credit rating and the market for Utah’s bonds, especially where the alleged indicators are not indicative of Utah’s ability to repay debt.”

Treasurer Oaks, who spearheaded a response signed by officials from 23 states to the Municipal Securities Rulemaking Board’s request for information on ESG considerations in the municipal market, called Utah’s AAA rating an important asset to the state.

“I’m grateful for the unified approach our leaders have taken in pushing back against S&P’s move to politicize the ratings process, which ultimately threatens our outstanding credit and, more broadly, our pluralistic systems of free-market capitalism and democracy,” he said in a statement.

A Bond Buyer survey last year showed 56% of respondents rated ESG as important to the municipal industry, although only 42% said it is important for rating agencies to take ESG into consideration for ratings. Two-thirds of respondents said it was very important or critical for issuers to disclose ESG risks and opportunities.

Matt Fabian, a partner at Municipal Market Analytics, said the “genie is out of the bottle.”

“Because few state and local governments have decided to provide solid data on their credit exposure to climate change, investors are relying on data from third party providers that, by definition, the states don’t control,” he said. “As the science gets better, and third-party data changes, gets smarter, and becomes more predictive and invasive, it’s only going to get worse for states trying to manage what investors see.”

In its March report card, S&P said the ESG credit indicators “provide additional disclosure and transparency at the entity level and reflect our opinion of the influence that environmental, social, and governance factors have on our credit rating analysis. They are applied after the credit rating has been determined.”

ESG ratings criteria published by S&P in October noted it was looking at factors that can materially influence an issuer’s creditworthiness and that if factors are sufficiently material they can influence credit ratings.

The Utah letter, which was addressed to S&P Global Ratings President and CEO Douglas Peterson and President Martina Cheung, included a list of detailed questions regarding S&P’s consideration of ESG factors in public finance credit ratings, as well as a description of any communications it has had with the U.S. Securities and Exchange Commission, the MSRB, the U.S. Treasury Department, or any other governmental agency regarding the use of ESG factors for credit ratings.

Brittany Griffin, Oaks’ spokeswoman, said other rating agencies have not gone as far as S&P in their use of ESG credit indicators.

Fitch Ratings, Moody’s Investors Service, and KBRA also look at ESG factors in their ratings. Moody’s and Fitch have scoring systems, while KBRA has an ESG Management System that does not provide scores, but if an ESG factor is relevant to credit, the factor is incorporated into its analysis in the same manner as all other relevant factors across KBRA’s rated sectors.