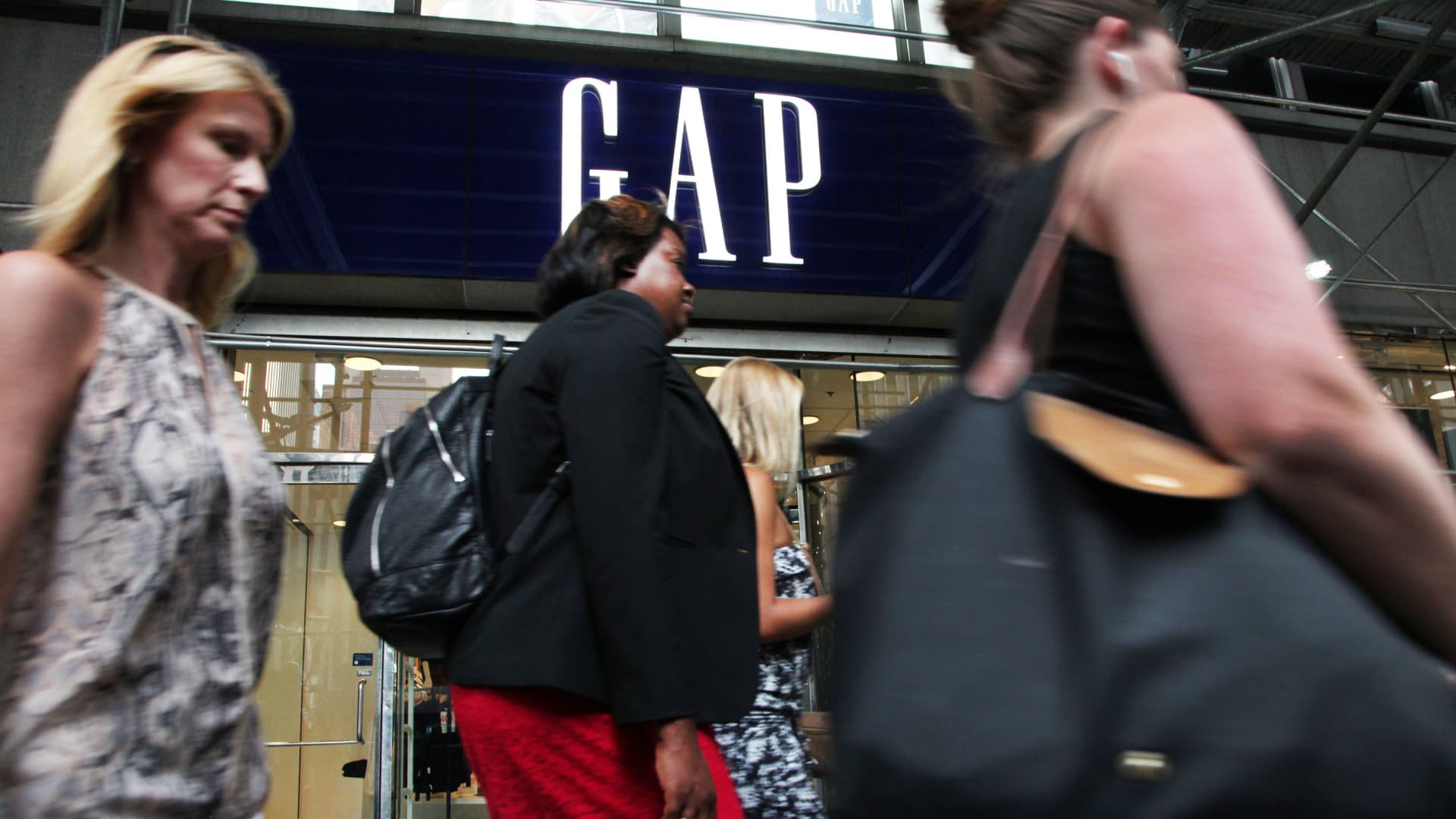 American Express — Shares of the payment firm dipped 1.1% despite American Express topping earnings expectations for the first quarter. American Express reported a profit of $2.73 per share, versus the Refinitiv consensus estimate of $2.44 per share. Earnings got a boost from spending by millennials and Gen-X consumers, the company said.

Verizon Communications — Shares of Verizon fell 6.1% after the company reported a loss of 36,000 monthly phone subscribers during the first quarter, compared with a FactSet estimate of a 49,300 loss. Verizon also posted earnings and revenue for the quarter that were in line with Wall Street forecasts.

Kimberly-Clark Corporation — Shares for the consumer products company spiked nearly 9% after Kimberly-Clark exceeded earnings expectations. The firm earned $1.35 per share in its most recent quarter, versus consensus estimates of $1.23 per share from Refinitiv. Kimberly-Clark also raised its full-year organic sales forecast.

Gap — Shares for the retailer fell about 20% after Gap announced the chief executive officer of its Old Navy business, Nancy Green, is leaving the firm this week. Gap also cut its outlook for net sales growth this fiscal year.

London’s rental market is in crisis. Here’s why and how renters are struggling
My Stock Dropped Over -20% – What Should I Do?
🔍 What is Open Interest and Why is it Important When Trading Options
Bitcoin pro traders warm up the $24K level, suggesting that the current BTC rally has legs
Sunak faces crunch decision on post-Brexit Northern Ireland