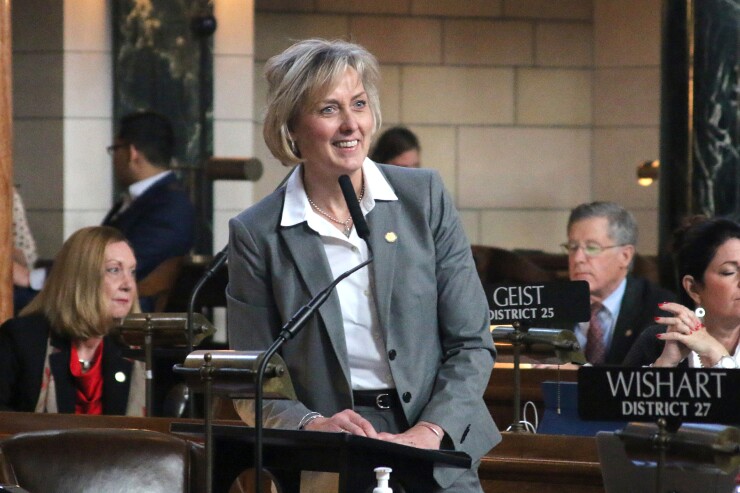 Nebraska is likely to use a public private partnership to finance completion of its expressway system now that the Legislature has passed a law authorizing transportation P3s.

“The expressway system is the reason we introduced this bill,” said Amanda Callaway, legislative aide to state Sen. Lynne Walz, who sponsored LB 1016. The bill allows the Nebraska Department of Transportation to enter into certain public-private partnerships for construction or financing of capital projects or procurement of services under the state’s Transportation Innovation Act.

Nebraska began work on the 600-mile expressway system in 1988, but nearly a third remains unfinished, with a price tag of roughly $500 million – up from $200 million – and a projected completion date of 2040.

“We’re trying to help speed that project up,” Callaway said.

Nebraska is a pay-go state whose constitution prohibits issuing general obligation bonds over $100,000.

Walz introduced the P3 bill after a measure she unveiled last year, which would have allowed the state to issue bonds for the expressway, failed to gain traction.

“We are a pay-as-you-go state, which seems like the fiscally responsible thing to do, but as we continue to see inflation, wages and supply costs increase, we may not have the financial resources to continue down that path for every project,” Walz said in a press release.

Nebraska has only one P3 transportation project, the Lincoln Beltway, an 11-mile, four-lane freeway to be built south of the City of Lincoln. The project won the Bond Buyer’s 2020 P3 Deal of the Year.

Ricketts is opposed to issuing bonds for the expressway system, saying last year that borrowing would “waste” money on interest payments and could endanger the state’s credit rating. Moody’s Investors Service maintains an Aa1 issuer rating on the state and S&P Global Ratings rates it AAA.

The state funds transportation with a mix of gas tax, vehicle fees and a piece of the state’s general fund sales tax.

LB 1016 also allows a contractor to use the so-called progressive design-build method, which brings in a private partner at the earlies stage of the process.

The law requires NDOT by July 2023 to adopt criteria it will use to determine when a public-private partnership is to be used for a particular project.

The Legislature is not allowed to order the state DOT to undertake projects, so the final expressway decision remains in the department’s hands, Calloway said.