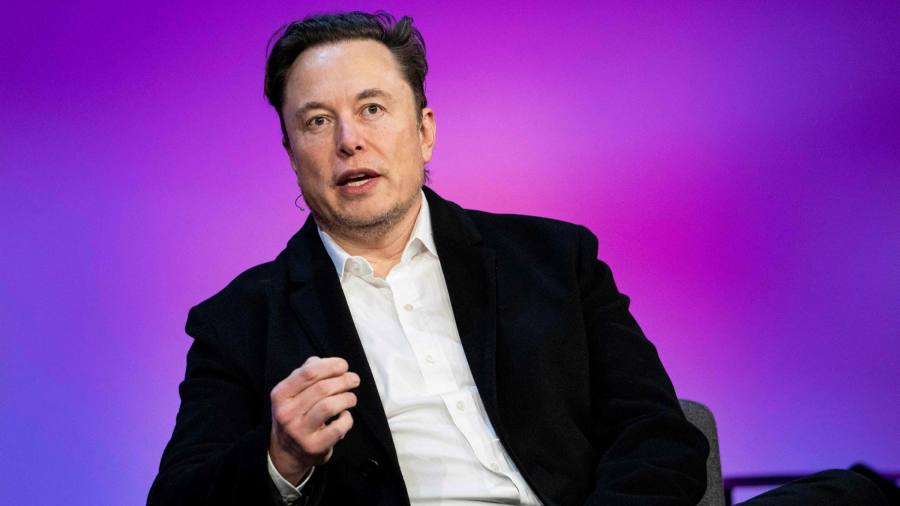 In the first sign that the social media company plans to fight Musk’s bid, Twitter said on Friday that its board of directors had unanimously adopted a year-long shareholder rights plan to “enable all shareholders to realise the full value of their investment in Twitter”.

The board’s aggressive move, designed to block Musk from building a greater than 15 per cent stake in the open market, is likely to end the South African born entrepreneur’s hopes of buying the social media company.

Musk said this week that his offer was “best and final” adding that “if it is not accepted, I would need to reconsider my position as a shareholder”. A person close to Musk said that he was not going to budge on that position.

Under Twitter’s plan, existing shareholders will be able to buy shares at a discount if anyone acquires more than 15 per cent without board approval, diluting an unwelcome bidder.

Musk offered $54.20 a share in cash for Twitter, valuing the company at $43.4bn, days after he took a 9 per cent stake in the company to become one of its largest shareholders.

Twitter’s board is concerned that if Musk built a stake worth more than 15 per cent he could indirectly wield significant power over the direction of the company even without an executive or directorship role.

The only way for him to take over Twitter now is through a mutually agreed deal, which would need to carry a significantly higher price, said a person close to the company’s board.

Poison pills were developed as a defence strategy in the 1980s to protect companies from corporate raiders, and were widely criticised as a way for a company’s managers to entrench themselves against attack. Subsequent legal challenges reduced some of their effectiveness, and most academic studies have shown that while poison pills slow an unwanted takeover bid, they do not usually prevent eventual agreement after a negotiation.

Twitter said the plan could reduce the likelihood that a hostile bidder “gains control of Twitter through open market accumulation without paying all shareholders an appropriate control premium”, as well as slow any bid.

“The Rights Plan does not prevent the Board from engaging with parties or accepting an acquisition proposal if the Board believes that it is in the best interests of Twitter and its shareholders,” it added. The plan expires on April 23 2023, it said.

After his shareholding was announced last week, Musk reached a preliminary agreement with the company to join its board of directors, only to reverse course on Monday without explanation.

Musk then announced his offer on Thursday in a regulatory filing in which he said he would unlock the company’s potential to be “the platform for free speech around the globe”. Included in the filing was the transcript of a message he sent to Twitter, which said: “It’s a high price and your shareholders will love it.”

The offer represents a 38 per cent premium to Twitter’s share price since April 1, three days before his stake became public, although it is still 26 per cent below its 12-month high.

It is unclear how exactly Musk would fund the deal. In an interview after the announcement, Musk said he had “sufficient assets” to do so and intended to retain as many shareholders as possible. However, he conceded: “I’m not sure that I will actually be able to acquire it.”