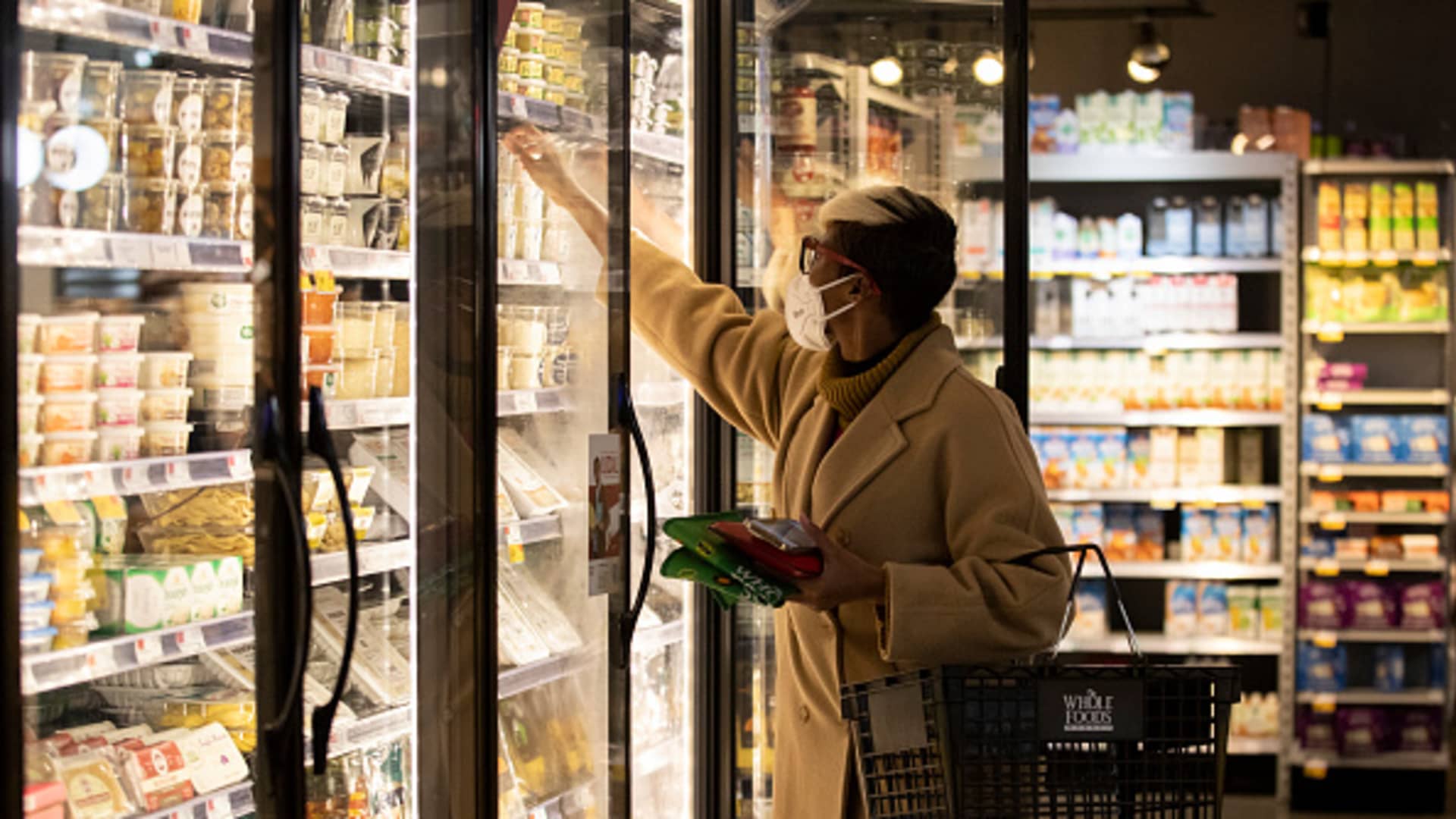 Consumer price inflation in March is expected to have risen the most since December 1981, driven by higher food costs, rising rents and runaway energy prices.

Core inflation, excluding food and energy, is expected to rise a half percent — the same as February — and the year-over-year gain is expected to be 6.6%, up from 6.4%, according to Dow Jones.

“The good news is it does look like it will be the peak because of oil prices,” said Diane Swonk, chief economist at Grant Thornton. Oil prices surged shortly after Russia invaded Ukraine in late February, reaching a peak for West Texas Intermediate oil futures of $130.50 per barrel in early March. That price has since fallen to about $94 per barrel Monday.

Gasoline prices also surged, reaching a national average of $4.33 per gallon of unleaded on March 11, according to AAA. The price Monday was $4.11 per gallon.

“The problem for the Fed is the broadening of inflation from goods into services and also because used car prices might be picking up again,” said Swonk. “The supply chain issues aren’t going away. They’re getting worse.”

Just on base effects, economists say this month or next month could be the peak for inflation. Zandi expects headline CPI will fall to 4.9% by the end of this year.

“The Fed’s on track. It’s at least a half percent hike, and the balance sheet reductions starting out,” he said.

The Fed first raised interest rates by a quarter point in March, after cutting the fed funds target rate to zero in early 2020.

Tom Simons, money market economist at Jefferies, expects to see the Fed raise rates by 50 basis points at its May 3 meeting, and the CPI should not change that. “If it comes in dramatically higher than expected, which I don’t think it will, it’s going to start talk of a 75 basis point hike, or an intermeeting hike,” he said. “That’s pretty much nonsense in my opinion.”

Simons said energy prices in CPI are expected to jump 18% in March. “That first half of March was particularly acute post-Russian invasion. Food prices are a similar story but not nearly to the same extent. … Housing again is going to be a pretty significant factor,” he said.

He expects owners’ equivalent rent, or the cost of a home in CPI, to rise about 0.5%, while rents should rise 0.6% month-over-month. Shelter costs are one area that is expected to keep rising. That would put shelter, which is a third of CPI, up 4.6% year over year.

Swonk said the increases to shelter cost are the highest since early 1990, and those costs could continue to rise.

“I think there’s a risk it comes in on the hot side,” said Swonk.