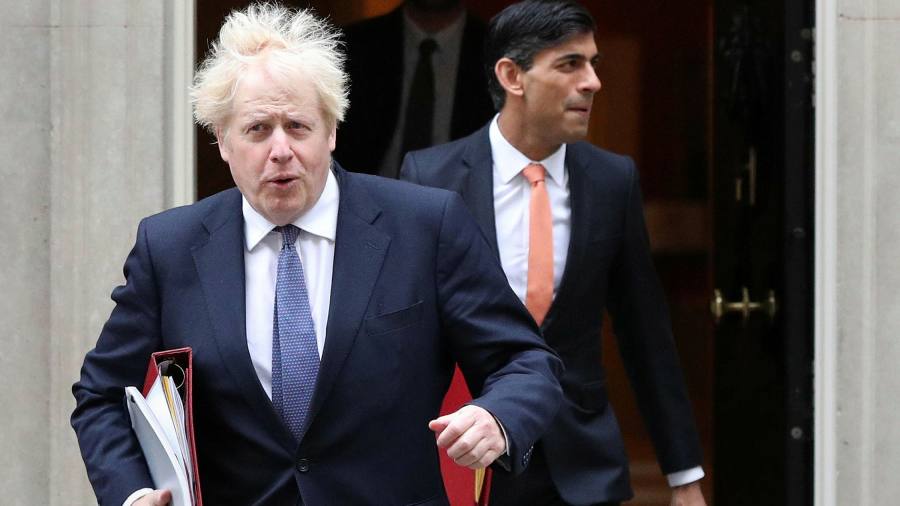 UK prime minister Boris Johnson, his wife Carrie Johnson and chancellor Rishi Sunak have been issued with fines as part of an investigation by the Metropolitan Police into breaches of Covid-19 rules in Downing Street and Whitehall during the pandemic.

The force said on Tuesday that more than 50 fines had been issued. Downing Street later confirmed that Johnson and Sunak were among those hit with fixed penalty notices.

“The prime minister and chancellor of the exchequer have today received notification that the Metropolitan Police intend to issue them with fixed penalty notices,” said a Downing Street spokesperson.

Mrs Johnson is also to receive a fine over Covid rule-breaking, her spokesperson confirmed.

The first tranche of 20 fixed-penalty notices were issued last month as part of the Met’s Operation Hillman inquiry, which began in January in response to reports of numerous gatherings throughout Westminster during Covid lockdowns in 2020 and 2021.

The fines are likely to reignite concerns over Johnson’s leadership among Tory MPs and opposition parties with just weeks to go before the May local elections.

The Acro Criminal Records Office is expected to issue the latest set of penalty notices after the referral. Individuals who receive a notice can either pay a fine or challenge it in the courts.

“The investigation into allegations of breaches of Covid-19 regulations in Whitehall and Downing Street continues to progress,” the Met said in a statement.

“As of Tuesday, 12 April 2022 we have made over 50 referrals for fixed penalty notices to the Acro Criminal Records Office for breaches of Covid-19 regulations.”

Opposition MPs called for Johnson to resign for misleading the public. “Boris Johnson and Rishi Sunak have broken the law and repeatedly lied to the British public,” Sir Keir Starmer, Labour leader, wrote on Twitter. “They must both resign. The Conservatives are totally unfit to govern. Britain deserves better.”

Sir Ed Davey, leader of the Liberal Democrats, said: “The country cannot have criminals and liars leading our government, especially at a time of national and international crisis.”

When the scandal first broke in December the prime minister tried to bluff his way through it, saying: “I understand and share the anger” of the public about allegations of parties at Downing Street.

“I have been repeatedly assured since these allegations emerged that there was no party,” he said at the time.

As part of the police investigation into the 12 gatherings across Whitehall, more than 100 questionnaires were sent to individuals suspected of organising or attending rule-breaking events, including Johnson, Sunak and Simon Case.

The Met’s probe into “partygate” is running in parallel with an internal Whitehall investigation by Sue Gray, a veteran adjudicator and civil servant. Her initial findings were published earlier this year, with the full probe due when the Met concludes its inquiries.