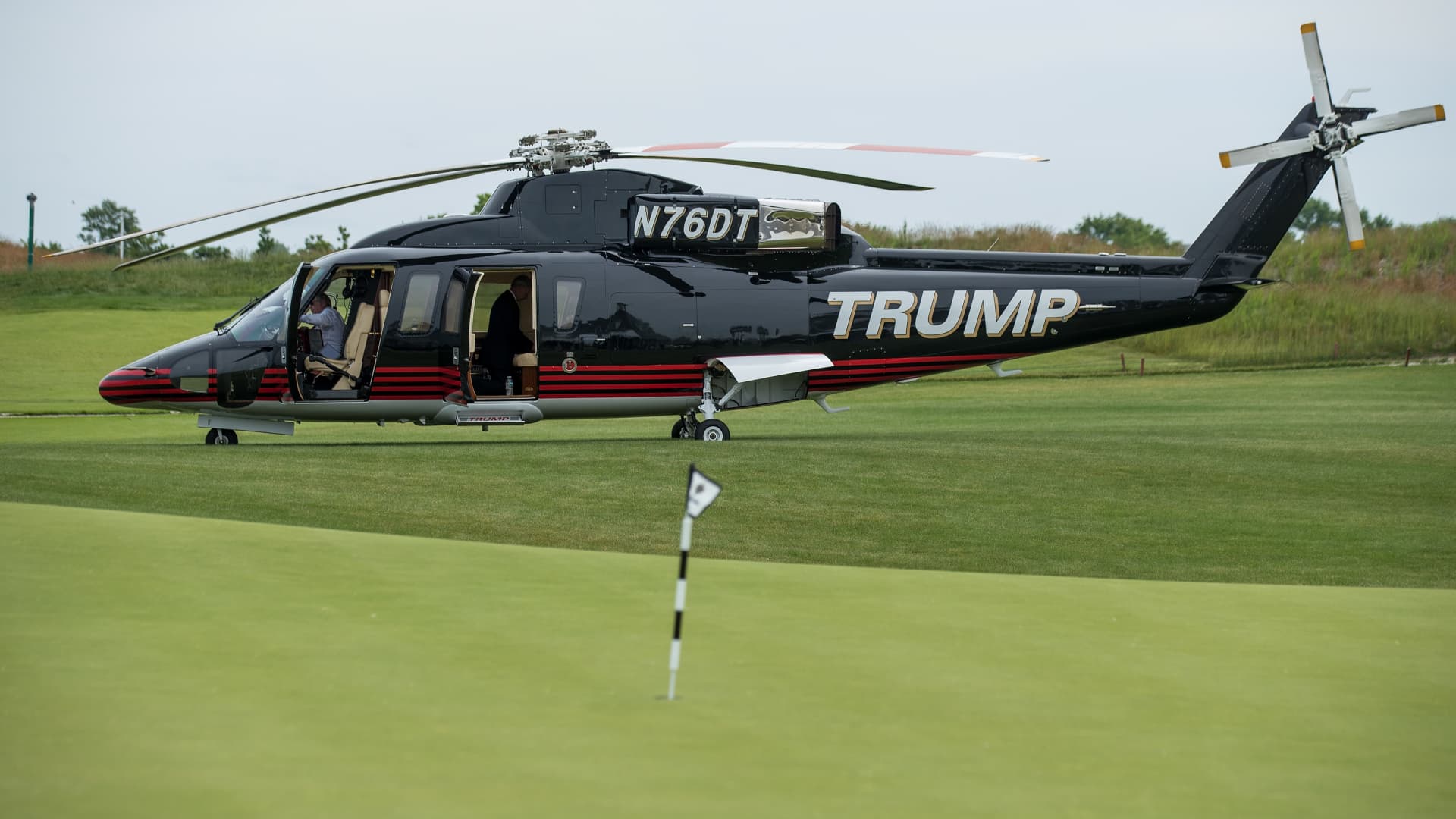 Real Estate
A ‘TRUMP’ branded helicopter sits near a putting green during a ribbon cutting event for a new clubhouse at Trump Golf Links at Ferry Point, June 11, 2018 in The Bronx borough of New York City.
Drew Angerer | Getty Images

A judge ruled Friday that the Trump Organization can continue to operate a golf course in the Bronx section of New York City, rejecting a court effort by the city’s government to void its contract with the company owned by former President Donald Trump.

The city ended the Trump Organization’s contract to operate the Trump Ferry Point 18-hole golf course in February 2021, weeks after a mob of Trump supporters invaded the U.S. Capitol on Jan. 6 and disrupted the confirmation of President Joe Biden’s election win.

At the same time, the city canceled the company’s contracts to operate two ice rinks and a carousel in Central Park.

The city claimed in a letter to the Trump Organization, whose owner is a notoriously avid golfer, that the Capitol riot had made the Trump brand “synonymous with an insurrection against the federal government,” and thus ruined Ferry Point’s ability to draw “professional tournament-quality events” to the course.

The company then sued the city in June after an appeal of the decision was denied, claiming the city breached the contract, which authorized the Trump Organization to run the course for 20 years.

The case hinged on the city’s reliance on a section of the contract that required the Trump Organization to maintain the course in a way that would make it capable of “attracting professional tournament quality events,” Friday’s ruling noted.

Trump’s lawyers argued that the contract did not obligate the Trump Organization to attract or host tournament-quality events on the course.

Lawyers for the city in turn argued that the damage the riot did to the Trump brand impaired the facility’s ability to attract professional tournaments.

In her ruling Friday, Manhattan Supreme Court Judge Debra James wrote that she agreed with the Trump Organization “that there is no ambiguity in the obligation in the Agreement that petitioner is required to ‘operat[e] a first class, tournament quality daily fee golf course.'”

James said that although the city argued that the phrases were ambiguous, “when read in the context of the Agreement as a whole, it is not capable of multiple interpretations.”

A Trump Organization spokesperson said in a statement, “We would like to thank the court for its well-reasoned decision based on law and facts.

“As we have said since the beginning, the City’s efforts to terminate our long term license agreement to operate Trump Golf Links at Ferry Point Park were nothing more than a political vendetta,” the spokesperson said.

“Former Mayor Bill de Blasio used his position to weaponize the New York City Department of Parks and Recreation and the New York City Law Department all in an effort to advance his own partisan agenda, score political points and interfere with free enterprise,” the spokesperson said. “This is not just a win for The Trump Organization – this is a win for the people of the City of New York and for the hundreds of our hard-working employees at Ferry Point.”

“We are thrilled that we will continue to operate and manage what has been widely recognized as one of the most magnificent public golf experiences anywhere in the country.”

The city’s Law Department did not immediately respond to a request for comment.