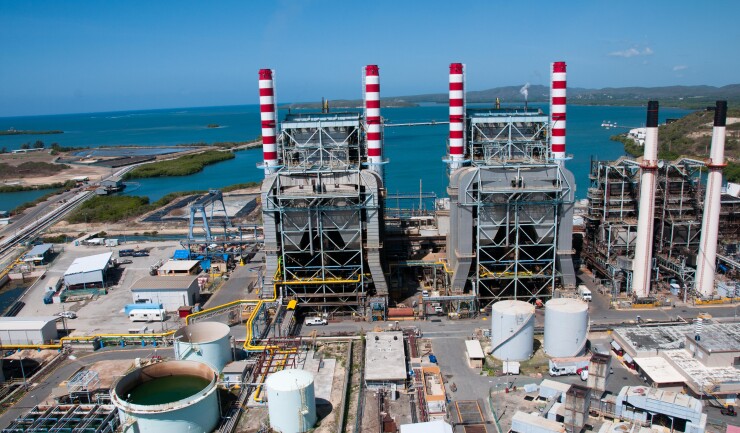 Puerto Rico Electric Power Authority debt negotiations will likely be extended as the authority was struggling with the more immediate concern of a major power outage.

Puerto Rico Judge Laura Taylor Swain filed an order Friday afternoon saying the mediation will terminate on June 1 unless the mediation team choses to extend it until July 1.

Earlier in March, Swain said she hoped the parties could submit a proposed PREPA Plan of Adjustment by May 2. Through the deadlines for mediation, Swain may be acknowledging that that is unlikely.

In her order, she says she retains the power to extend mediation beyond July 1.

In a separate order, she said no one had contacted the court to challenge the proposed mediators and that she was going to go ahead with appointing the parties she had identified to participate in the mediation.

A major power outage hit Puerto Rico on Wednesday evening, initially impacting nearly all the island and its more than 3 million residents. While investigations are ongoing, PREPA believes as of Friday that a problem at a substation near the Costa Sur plant caused the outage.

As of 9 a.m. Friday power had been restored to about 45% of customers, according to LUMA Energy, which controls the transmission and distribution grid.

“The severe and tragic power outages in Puerto Rico this week affected every resident and every business here. Many of the facts that led to the massive power failure are not yet known, but the events clearly show how important it is for Puerto Rico to continue the comprehensive energy reform defined in the fiscal plans for Puerto Rico and PREPA and under Puerto Rico law,” the Puerto Rico Oversight Board said in a statement Friday. “Today, the people of Puerto Rico pay the price for decades of neglect. Puerto Rico needs and deserve more reliable, more affordable, and cleaner energy, and the fiscal plans outline a clear road map to achieving those goals, including improved management and increased investments into grid and power generation.”

Power outages have been a persistent problem on the island for many years and some have suggested the outage following the September 2017 hurricanes was the biggest outage in history, in terms of the number of customer hours without electrical service.

“For as much money as [the federal government] did for the transmission and distribution grid, to see it in its current condition is questionable,” said Shaun Burgess, portfolio manager and Cumberland Advisors. He noted that it has been 4.5 years since the hurricanes.

Burgess said it was hard to say how the current outage would affect bond negotiations. The system’s recovery is ongoing and the authority will want to retain as much money as possible.

However, given how much money has been delivered, Burgess said he was unsure how much bondholders would want to set aside for hardening the grid.

On Friday, the Federal Emergency Management Agency released a statement saying it had approved nearly $9.5 billion for PREPA in September 2020, “representing the largest funding allocation in the history of the federal agency’s public assistance program under the FEMA Accelerated Awards Strategy.” This was for “permanent” work and not what FEMA calls “emergency work” in the months following the disaster. With FEMA, there is a distinction between approval and disbursement of money.

“At the moment, FEMA has not received transmission and distribution projects for evaluation and the approval of construction funds,” FEMA said.

At a news conference on Friday following this release, LUMA Senior Vice President for Engineering Shay Bahramirad said LUMA had submitted 180 scopes for work to FEMA since LUMA took over the grid in June 2021.

Whereas FEMA was referencing release of scopes with “detailed” descriptions of work to be completed and hazard mitigation proposals, Bahramirad was speaking of all scopes.

FEMA said it has received five detailed scopes for work for substation work and five others for generation work for the Puerto Rico electrical system.