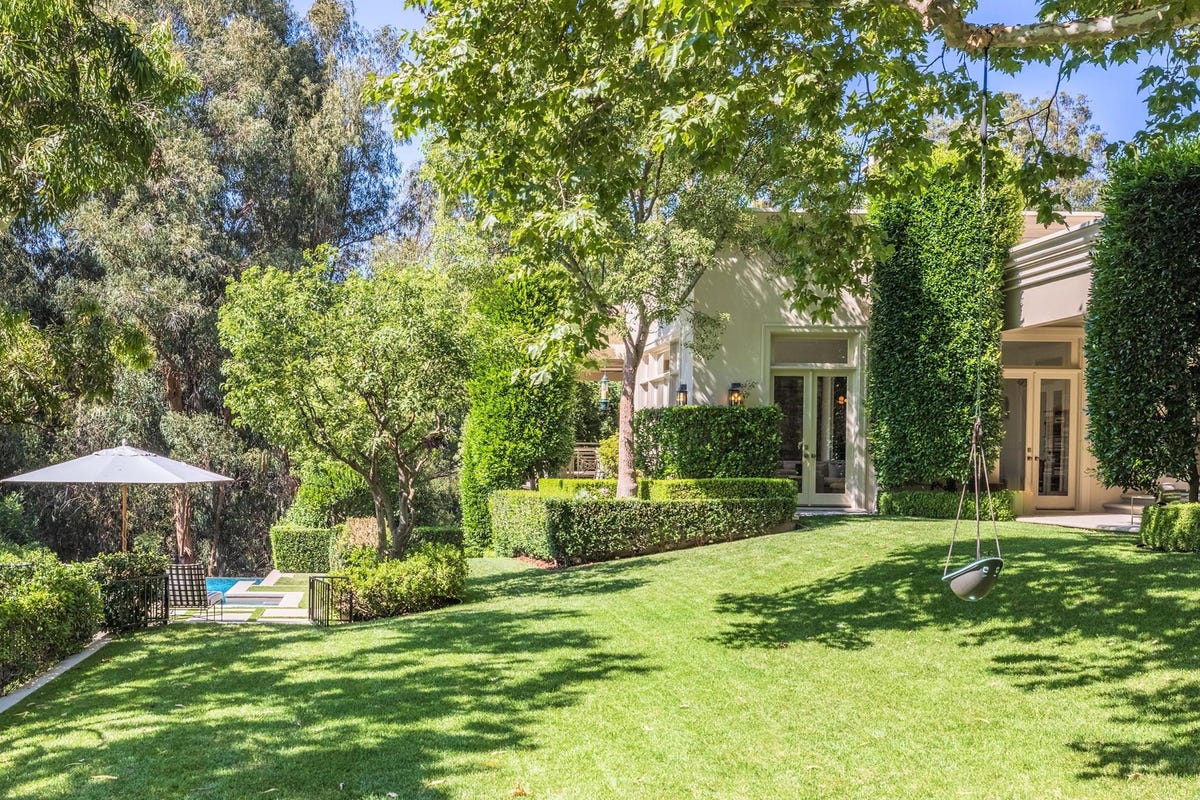 Having sold millions of albums, Katy Perry is now looking to sell her Beverly Hills Post Office-area mansion for millions.

The celebrity retreat, priced at $19.475 million, arrives on market almost a year after the singer-songwriter handed off a second home just down the street for $7.5 million.

Though the pop icon and her fiancé, actor Orlando Bloom, may be saying goodbye to their Los Angeles properties, the couple still have a foothold in Southern California. Among their holdings is a nine-acre, $14.2 million estate in Montecito, next door to Perry’s hometown of Santa Barbara.

In comparison, the newly listed house rests on just over an acre, but its prime Beverly Hills Post Office location explains the hefty price tag.

Set in the celebrity-filled enclave of Hidden Valley Road, where such A-listers as Jennifer Lawrence, Nicole Kidman and fellow chart-topper Adele reside, the roughly 5,500-square-foot Los Angeles home holds five bedrooms and six bathrooms, according to The Los Angeles Times.

Hedges and trees line the 1/4 mile driveway leading up to the Regency-style residence featuring a smooth creamy facade accented by rows of bright green ivy.

A variety of glass openings, including skylights, french doors and frosted circular windows, allow for light to stream in via a range of angles and degrees of brightness.

While the exterior may show a more muted palette, interiors feature a broad spectrum of hues and tones, from the teal built-ins to the array of vibrant wallpaper to multi-colored stained glass door glazing.

A step-down living room, wood-paneled library and formal make up the traditional rooms, while a media room, infinity pool and detached gym with sauna and cold plunge embody the more modern spaces.

Fitted inside of the spacious primary suite is a fireplace, marble bath and dual closets.

Terraces are aplenty, including a perched outdoor dining area and a master-suite-adjacent lookout with views of the lush backyard and the canyon below.

Located on the property are private hiking paths and access to the trails of Franklin Canyon.

Currently wrapping up her fourth season as a judge on the popular singing competition American Idol, the Grammy-nominated artist recently launched her own clothing line, the Katy Perry Collection. She currently has a residency through August at Resorts World Las Vegas.

Hilton & Hyland is a founding member of Forbes Global Properties, a consumer marketplace and membership network of elite brokerages selling the world’s most luxurious homes.

Rumor has it that Dogecoin could shift to proof-of-stake — What does that mean for miners?
Top Stock Picks for the Week of June 17, 2019
Gautam Adani calls off $2.5 billion equity sale as regulatory concerns grow
Where Housing Meets Health Care
Chicago mayor promotes city’s fiscal progress amid reelection campaign