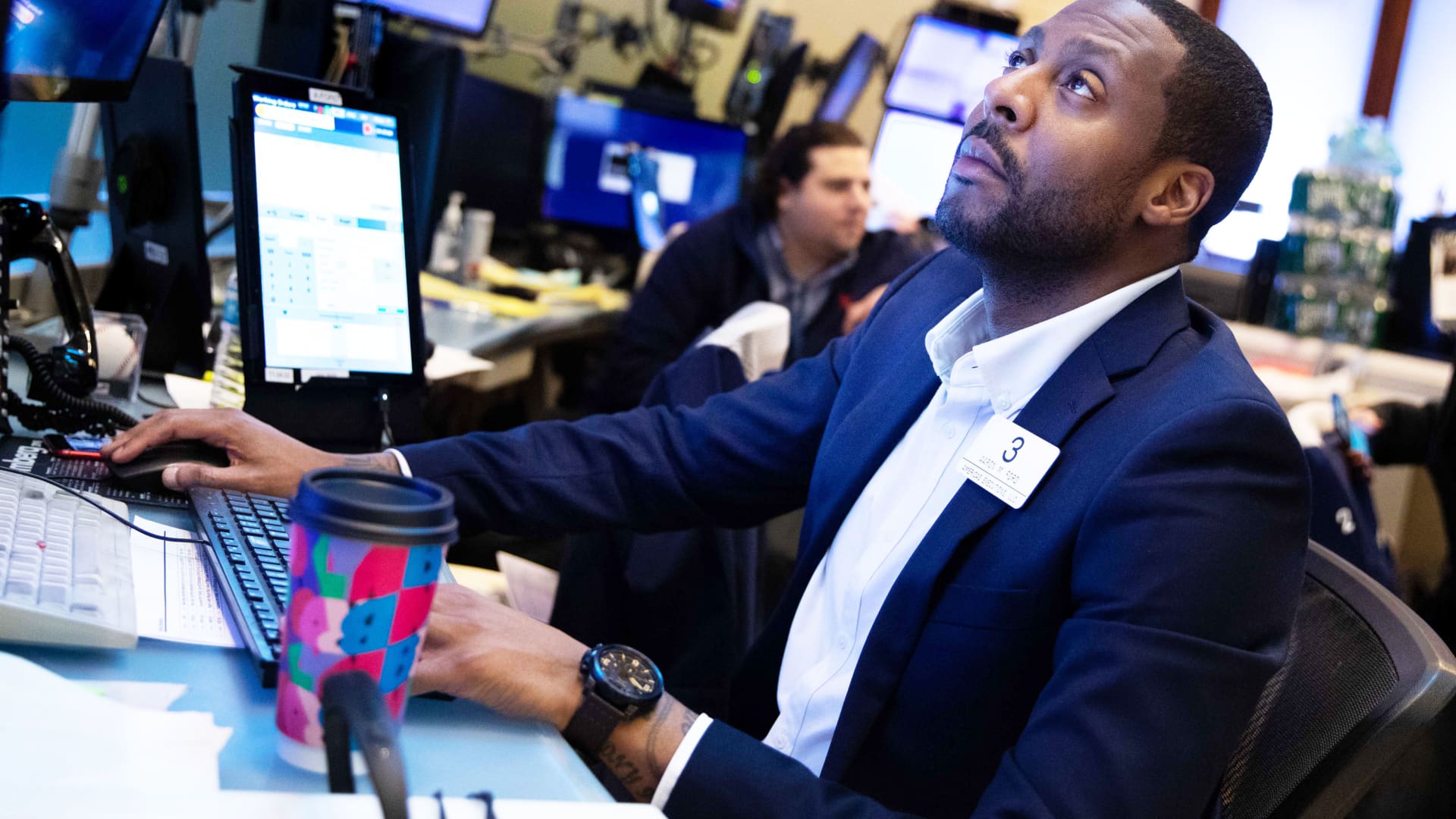 Markets face what could be a hot inflation report in the week ahead and a batch of big bank earnings to start the earnings season.

The war in Ukraine will remain a focus, as investors look for any signs of change in the crisis.

Quincy Krosby, chief equity strategist at LPL Financial, said the first-quarter earnings reports from the financial sector will be important to a market considering the impact of the Federal Reserve’s plans to raise interest rates and aggressively tighten policy.

“We want to get a picture of how do they see the Fed’s plan… quantitative tightening, the liquidity drain, coupled with higher rates, affecting their clients and their business units,” said Krosby. “If you look at the XLF [Financial Select Sector SPDR Fund ETF], on days it goes up, it’s the insurance companies because they’re raising premiums. Higher rates are good for banks, until, the belief is, the higher rates are going to hurt the economy.”

For the week, the Dow Jones Industrial Average is flat, but the interest rate-sensitive Nasdaq Composite is down more than 3%. For a third week in a month, the jump in the 10-year Treasury yield topped 30 basis points, according to Wells Fargo’s Michael Schumacher. A basis point equals 0.01%.

“It’s been on jet fuel,” said Schumacher. He said the 10-year yield, which moves opposite price, got a boost in the past week from the Fed’s signal that it is planning to trim its balance sheet by $95 billion a month, of which about $60 billion will be in Treasurys.

The 10-year is important as a benchmark and also because it is a rate that affects mortgages and other loans.

“People are saying the balance sheet is going to cause the 10s to move quite a bit,” said Schumacher. He said he could not rule out a move in the yield to 3%, given the speed at which the yield has moved recently.

Economic data in the coming week could be a catalyst for another move higher.

The four-day holiday week is packed with economic reports. Some will be released on the Good Friday market holiday. The highlight is Tuesday’s report of March’s consumer price index, which is expected to top the 7.9% reported for February.

“It’s big. It’s the last key data point before the Fed meets May 3,” said Schumacher. A hot number, even in line with expectations, will encourage the market to expect a 50-basis-point hike, or a half percent, from the Fed at that meeting. The Fed began its rate hiking cycle in March with a quarter-point increase.

The producer price index is set for release on Wednesday. Data on retail sales and consumer sentiment are due Thursday. On the Friday market holiday, Empire state manufacturing and industrial production are released.

Barclays economists expect CPI rose 1.24% in March, gaining a stunning 8.5% year-over-year, the highest in 40 years. “We expect the annual rate of CPI to peak in March and move lower thereon, aided by positive base effects,” the economists wrote.

The Fed’s preferred inflation measure, the personal consumption expenditures deflator is released April 29, but CPI and PPI will both set the tone for that report.

“We’ve had such a sharp move in yields. Sentiment is so dour in rates, I wouldn’t be surprised if we got a relief rally in rates after we see the March CPI,” said Peter Boockvar, chief investment officer at Bleakley Advisory Group.

“While inflation pressures are still going to be here, I think March would be the peak inflation rate on a rate of change basis… You could get some rotation [in stocks] next week if you get a bond bounce,” said Boockvar.

Schumacher said the bond market will also be watching the Bank of Canada for an expected rate hike when it meets Wednesday, and the European Central Bank for comments on its bond purchases at its Thursday meeting.

According to Refinitiv, S&P 500 earnings are expected to be up 6.1% in the first quarter, but the financial sector is expected to see a decline of 22.9%.

LPL’s Krosby expects to see choppy trading. “I think it’s going to be a difficult quarter,” she said. She said investors will be watching to see how the market absorbs a 50-basis-point hike. Quantitative tightening, balance sheet reductions known as QT, is also a policy tightening.

“The QT could start next month. There’s a sense [the Fed] can’t wait any longer,” she said.

“I suspect at the end of next week, with the long weekend ahead, people will want to cut risk, but I suspect it could be a pretty rocky ride with CPI before we see that,” said Schumacher.