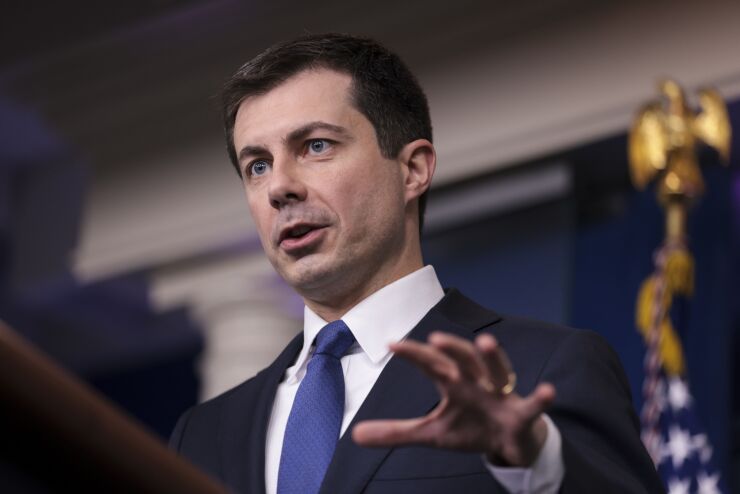 The U.S. Department of Transportation needs to clarify its guidelines for one of its largest surface transportation discretionary grant programs, the Government Accountability Office said in a new report to Congress.

States, cities and other entities applying for the Infrastructure for Rebuilding America program need clearer guidelines to ensure they know how to apply for the program and to minimize the need for follow ups from the DOT, the report said.

“There is a need to clarify the project requirements, so people will know what’s expected of them in the application process,” said Catina Latham, acting director of GAO’s physical infrastructure team and author of the report. “But more importantly, it’s important for the DOT to have oversight of their evaluation process, and document that process.”

The INFRA program awards competitive grants for multimodal and highway projects of national or regional significance that improve safety, reduce congestion or generate economic benefits. States, local governments, port authorities, transit agencies and others are eligible for the funding.

The report is the latest in a series of GAO reports on the INFRA program, which was launched in 2016. Since then, the DOT has awarded more than $4 billion to 94 freight and highway projects.

Last year, the U.S. DOT awarded $905 million to 24 projects in 18 states under the INFRA program. For the first time, grants were considered by how they would address climate change, environmental justice, and racial equity, Transportation Secretary Pete Buttigieg said when the grants were announced.

The DOT in late March announced it was accepting applications for another $1.6 billion available in INFRA grants.

The Infrastructure Investment and Jobs Act provided $3.2 billion for the program on top of $4.8 billion from the Highway Trust Fund.

GAO has rated the surface transportation funding system as high risk since 2007 amid eroding motor fuel tax revenue. Competitive grant programs like INFRA can address the nation’s transportation challenges in ways that noncompetitive formula funding does not and so it’s important that INFRA and other grant programs are properly administered and monitored, GAO said in the report.

The April 6 report marks GAO’s third examination of the INFRA program, following reports in 2018 and 2019. The IIJA also includes a provision for GAO to review DOT’s process for evaluating and selecting INFRA projects for award.

Since GAO’s earlier reports, the DOT has taken steps to increase its consistency and transparency in reviewing applications, GAO said. But the department needs to continue to clarify its evaluation criteria and oversight to minimize extensive follow ups, the report said.

“DOT did not detect or correct these errors because it does not provide direction on how it will conduct oversight activities, including ensuring accurate and complete evaluation documentation,” the report said. “Without such an approach, DOT may continue to risk awarding some projects that have inaccurate evaluations.”

GAO is recommending that the DOT systematically analyze applicants’ information to determine how to clarify large project requirements and provide direction on how oversight will be conducted to ensure accurate documentation.

The DOT has agreed with the recommendations, according to a March 23 letter from the DOT’s Assistant Secretary for Administration Philip McNamara. “The department agrees that consistency, transparency and fairness are important to ensuring ongoing support for competitive discretionary programs,” McNamara said in the letter. The DOT “will continue to work with Congress and GAO to improve program administration and advance these key principles.”