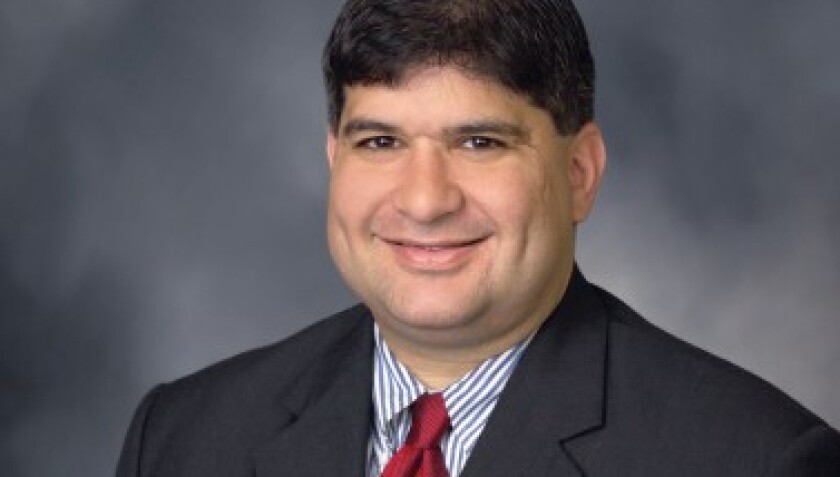 The Texas municipal bond market is still trying to sort out new state laws that apply litmus tests for banks and others seeking contracts with governmental entities amid expectations that more restrictions tied to corporate policy decisions are coming, according to speakers at last week’s Bond Buyer Texas Public Finance Conference.

The Republican-controlled legislature last year passed measures that require companies, including investment banks, to verify in bond-related and other contracts they do not discriminate against the firearm industry or boycott fossil fuels. Those actions followed a 2017 law to prohibit the state from contracting with entities boycotting Israel that became the target of ongoing litigation claiming it violates First Amendment rights to free speech.

“We’ve seen now the use of the state and local government contracting power as a way to implement those policy changes that (lawmakers’) constituencies favor,” said James Hernandez, senior counsel at Orrick Herrington & Sutcliffe at the conference. “I think we’ll see more of that in 2023.”

Since the laws took effect Sept. 1, some big banks have stepped away from or reduced their activity in the Texas muni market where issuance totaled $52.57 billion in 2021, trailing only California for debt issued by a state and its entities.

“Right now what’s happening is there’s sort of an overreaction,” Hernandez said. “Everybody is asking for verification regardless of whether the contract is covered or not.”

Senate bill 19, the firearm law, is not “a flat-out prohibition on companies having gun policies,” he said. Those policies cannot deny financing for entities involved in the manufacturing or sale of guns, but companies can impose restrictions or requirements before entering into a financing transaction, he added.

Both SB 19 and SB 13, the fossil fuels bill, cover contracts valued at $100,000 or more and paid in whole or part with public funds from Texas state agencies, counties, cities, public school districts, and special-purpose districts or authorities. Nonprofit corporation issuers of conduit deals for health facilities, higher education, charter schools, and industrial development are not covered, according to Hernandez.

An argument could be made that the value of a bond purchase agreement should be the underwriter discount and not the par value of the bonds as the Texas attorney general has contended, he added.

Verifications must cover the life of the contracts, which could be longer-term in the case of certain agreements.

“For contracts like credit facilities and swaps, the company needs to be comfortable … making that verification statement for the life of the contract or potentially the contract could become void or voidable if the statement no longer becomes true during the term of the contract,” Hernandez cautioned.

Bidders for escrows, repurchase agreements, and guaranteed investment contracts may not be covered by the laws given previous guidance from the attorney general that investments are not contracts for the purchase or sale of goods, he said, adding however that bid documents will probably specify if verifications are required.

Clayton Holland, a partner at Hunton Andrews Kurth, said there are parts of SB 13, which deals with state investments in addition to contracts, that are unclear and that the Texas attorney general is preventing firms from offering their interpretation of what the law may mean.

In a Sept. 22 letter to bond counsel, the head of the attorney general’s public finance division said that under both laws firms are required to submit a standing letter for covered contracts, but specified the letter “may not include qualifying language of what the company understands the law to require or not require; nor may the company state what it understands undefined terms to mean or defined terms to not mean.”

“You can’t put your gloss on it. You’re going to be bound by whatever the law is, as interpreted by those enforcing it,” Holland said during a conference panel.

Meanwhile, Texas Comptroller Glenn Hegar has sent letters to financial companies asking them to clarify their fossil fuel investment policies and procedures and provide a list of mutual funds or exchange-traded funds in their portfolios that prohibit or limit fossil fuel investment. Holland said the list of boycotting companies that Hegar is required to compile for disinvestment purposes should provide some insight into how the law is being applied.

Colin Parrish, founding partner of Statehouse Consultants, told the conference that lawmakers could opt to clarify aspects of the laws, as well as close loopholes to make them more stringent during the 2023 legislative session, which begins in January. They may also choose to add government contract restrictions for other types of company policies that concern their voters.

In response to Citigroup’s announcement in a March 15 proxy statement that it will begin to provide travel benefits for employees seeking reproductive healthcare, a Texas lawmaker said he will introduce a bill “that bars local governments in Texas from doing business with any company that pays the abortion related expenses of its employees or that provides abortion coverage as an employee benefit — regardless of where the employee is located or where the abortion is performed.”

As of Sept. 1, Texas banned abortions after a fetal heartbeat is detected and allowed private citizens to sue an abortion provider or person who aids a woman in obtaining an abortion.

“Now you’ve taken Israel, firearms, fossil fuels and you’ve thrown an issue of abortion on that and that is going to be every single thing that people want to start pushing for so they could go back to their voters and say we’re protecting you for these things,” Parrish said.

JPMorgan Chase, Bank of America, and Wells Fargo were identified by bill sponsors as targets of the firearm legislation when it was debated in April 2021.

For example, Citigroup in 2018 announced a U.S. commercial firearms policy that requires new retail sector clients to adhere to “best practices” of prohibiting firearm sales to someone who has not passed a background check or is under age 21, and not selling bump stocks or high-capacity magazines. Its winning bid for a Texas school district bond issue last fall led a firearm industry trade group to send an objection to Texas Attorney General Ken Paxton.

Citigroup and Wells Fargo have remained active in the Texas muni market and were among 38 bond firms that since September submitted letters for the benefit of underwriting syndicate representatives verifying they do not discriminate against the firearms industry or boycott energy companies, according to a list posted on the Municipal Advisory Council of Texas website. Bank of America and JP Morgan Chase, along with Goldman Sachs, which withdrew from a deal after the firearm law took effect, have largely been inactive.

In a Bond Buyer interview last week, Hegar acknowledged that while having fewer players in the market potentially increases the cost of issuance, the absence of bigger underwriters could spark competition from smaller investment banks although SB 19 exempts the state’s tax and revenue anticipation note issues from the rules, under certain circumstances.

Noé Hinojosa, Jr., chairman, president, and chief executive officer of Estrada Hinojosa & Co., who co-chaired the conference, said, while Texas-based banks and regional firms are doing a “very good job” getting deals done, uncertainty and volatility are making it difficult to find buyers for munis.

“In the market that we’re in today, it’s harder,” he said. “That’s why I want to have everybody come and dance.”