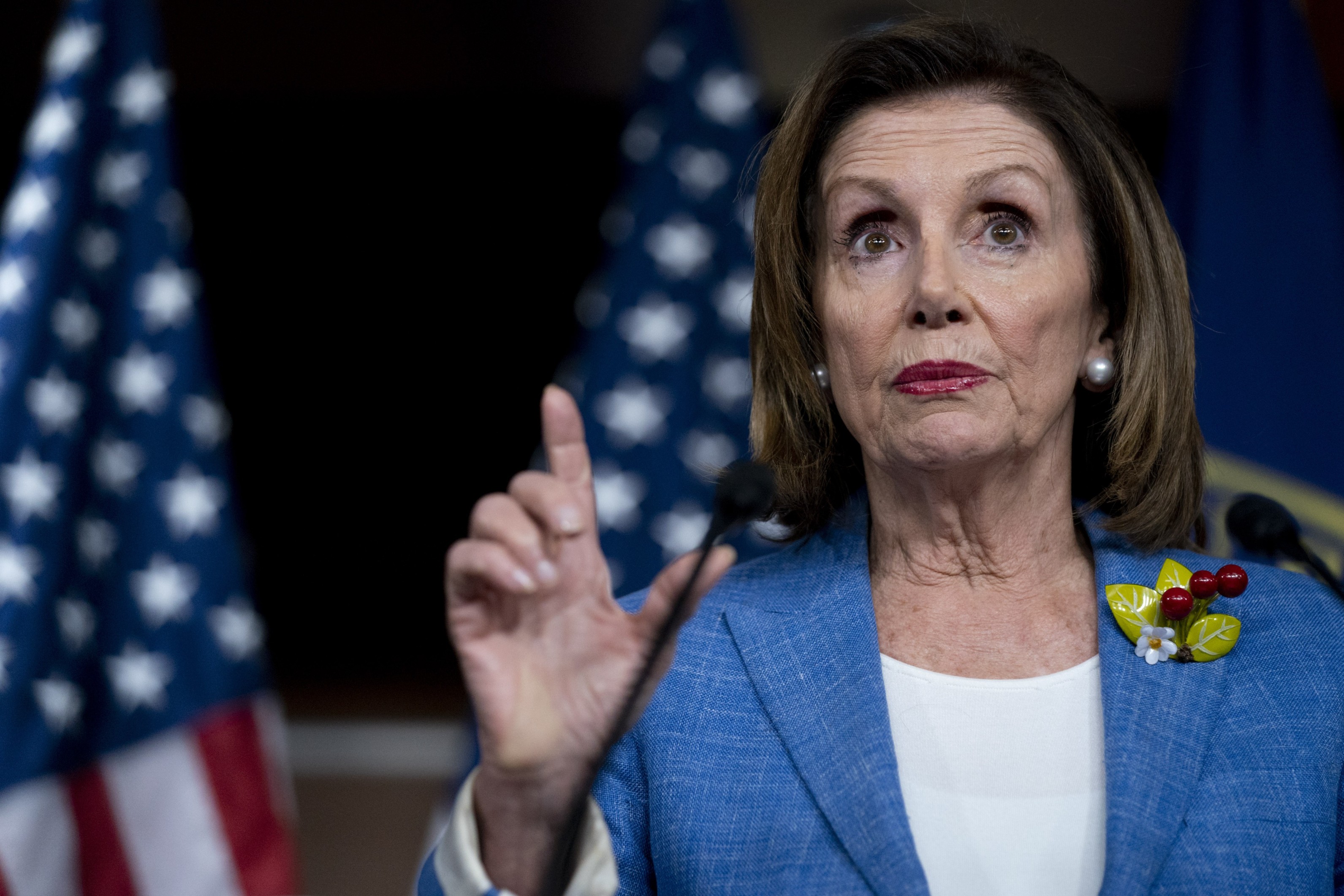 House Speaker Nancy Pelosi Thursday threw cold water on measures to suspend the federal gas tax, warning the move would deplete the Highway Trust Fund and not necessarily translate into savings at the pump.

Pelosi called the idea of a federal gas tax holiday “very showbiz” and said it would mainly benefit the oil companies, who aren’t required to pass it along to drivers.

“We [would be] in a situation where the money is coming out of the Highway Trust Fund and going to the oil companies, and they may not give it to the consumer, and it has to be paid for,” Pelosi said, adding that there are other options to consider, such as direct payments to drivers.

A rising number of governors and lawmakers are calling for fuel tax holidays as oil prices reach record highs. Chicago Mayor Lori Lightfoot this week proposed suspending the city’s gas tax before pivoting to a decision to hand out prepaid gas and public transit cards. Several states, including Maryland, Connecticut and Georgia, have enacted gas tax holidays in recent weeks.

On the federal side, bills introduced in the House and Senate would suspend the 18.4 cent-per-gallon federal tax until 2023.

A federal holiday would reduce gas tax revenues by about $20 billion, translating into a nearly 50% loss from the $42 billion that’s projected to flow into the Highway Trust Fund this calendar year, according to the bipartisan Committee for a Responsible Federal Budget.

The legislation would offset the losses with a general fund subsidy. But it would still hasten the HTF’s looming insolvency, currently expected in the 2027.

Tax holidays could also dampen the impact of the $1.2 trillion Infrastructure Investment and Jobs Act, said Caroline Sevier, director of government relations at the American Society of Civil Engineers.

Like Pelosi, Sevier said there’s no evidence that tax holidays actually translate into savings for drivers.

She cited a report released this week by the American Road & Transportation Builders Association that says just 18% of an increase or decrease in state gasoline rates was passed on to motorists in the retail price of gasoline in the two weeks after a change took effect. ARBTA examined 177 changes in state gas rates in 34 states between 2013 and 2021.

New Jersey, for example, decreased its gas tax rate 8.3 cents-per-gallon on Oct. 1. The per-gallon price “stayed constant for three consecutive days, then began to increase with rising crude oil prices,” ARBTA found. “By the end of the month, New Jersey motorists were paying 7% more for gasoline. In fact, they paid more for gasoline every day for the rest of 2021.”

Gas tax holidays are a “completely political answer to a question which needs a more nuanced response,” Joseph Krist, publisher of Muni Credit News, said in a recent issue.

The wide range of responses show the political nature of the responses, Krist said, noting that Massachusetts recently rejected a gas tax holiday over the threat it posed to bond covenant compliance.

“It is a topic of short-term value,” Krist wrote. “The real answer would be to replace fuel taxes with mileage-based fees and drive demand away from fossil fuels.”

Republicans are highlighting high gas prices as well as inflation as a top issue for Americans heading into midterm elections.

On Thursday, President Joe Biden announced the administration would attempt to ease price pressure by releasing one million barrels of oil each day for the next six months from the U.S. Strategic Petroleum reserve. He also urged Congress to pass legislation that requires oil companies to pay fees for unused leases to boost production.

National gas prices declined by two cents to $4.22 a gallon since Monday amid a slight drop in demand and the boost of supply, according to the American Automobile Association.

In related news, Transportation Secretary Pete Buttigieg Friday announced new fuel-economy rules that require the average new truck or car to get 49 miles per gallon by 2026.