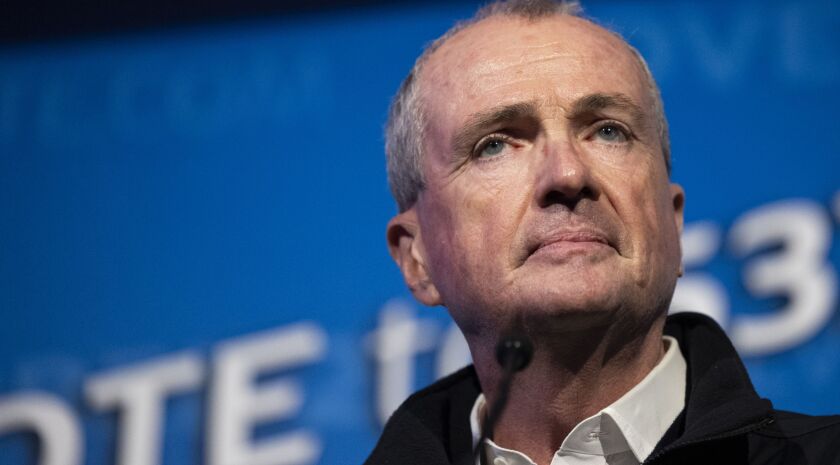 For the first time since 2005, S&P Global Ratings has raised its rating on New Jersey’s general obligation bonds. S&P raised the Garden State’s GOs to A-minus from BBB-plus. The outlook is stable outlook.

S&P also raised its long-term and underlying ratings to BBB-plus from BBB on various other bonds secured by annual appropriations from the state.

“The upgrade reflects what we view as material improvement in the state’s structural deficit and near-term liquidity, with recent surplus revenues being used to promote what we view as longer-term financial stability and an improved commitment to prefunding liabilities, although credit pressures remain,” S&P credit analyst Tiffany Tribbitt said in a statement Thursday.

“New Jersey has a lot of inherent strengths including strong wealth and income indicators,” John Hallacy, founder of John Hallacy Consulting LLC, told The Bond Buyer. “Reducing debt and making pension payments are quite enlightened from a management perspective. The state deserves A category or better now.

”Hallacy noted that if the state continues to recover economically it could be beneficial for its credit rating down the line. “Some additional job growth would contribute to additional positive rating actions in the future,” Hallacy said.

Earlier in March, Moody’s Investors Service upgraded New Jersey’s GOs to A2 from A3 citing “the state’s continuing trends of strong revenue and liquidity and its steps to more aggressively address liability burdens, including completion of a debt-reduction program and increased pension contributions, which are consistent with improving governance and fiscal management.”

New Jersey GOs are rated A-minus by Fitch Ratings and A by Kroll Bond Rating Agency.

“S&P’s decision affirms that the path we chose four years ago is indeed the wise one,” Gov. Phil Murphy said in a statement. “We are turning the page on decades of downgrades and doing what others had only talked about for years — delivering on our commitment to fully fund the pension system, saving for a rainy day, and paying down debt — proving that investing in New Jersey and its people can go hand-in-hand with fiscal responsibility.”

S&P also raised the state’s long-term and underlying ratings to BBB-plus from BBB on various other bonds secured by annual appropriations from the state. Additionally, S&P raised the rating on state bonds secured by appropriations for a human services provider to BBB from BBB-minus and on South Jersey Port Corp.’s state moral obligation debt to BBB-minus from BB-plus.

“This is not only welcome news for the state and our taxpayers, it reaffirms that the steps we have been taking, up to and including the governor’s newly proposed budget, are the right ones,” state Treasurer Elizabeth Maher Muoio said. “In reaching this decision, S&P noted our efforts to reduce debt by roughly 10%, along with our prudent revenue estimates that will better position us to weather any future economic slowdowns or downturns.”

Since 2011, the state has sold about $5.7 billion of bonds, with the most issuance occurring in 2020 when it offered almost $4 billion to help mitigate costs associated with the COVID-19 pandemic.

S&P noted that while the state’s environmental risks were elevated given its long coastline, New Jersey actively works to mitigate these risks through strategic infrastructure investments and partnering with local governments and leveraging federal funding for climate resilience projects.

“In addition, we view the state’s cybersecurity support for its local governments and school districts through the New Jersey Cybersecurity and Communication Integration Cell as a sign of good governance and risk mitigation,” S&P said.