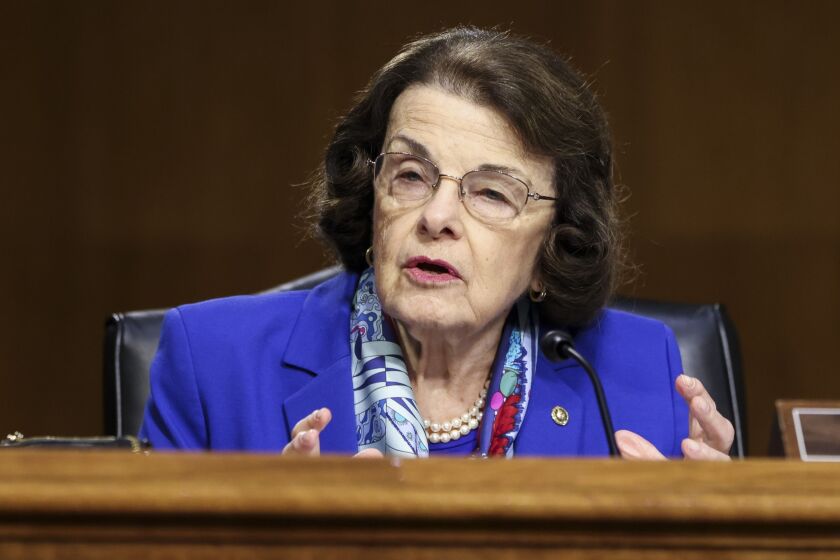 The Water Infrastructure Finance and Innovation Act loan announcement last week comes on top of word from the California Department of Water Resources on Wednesday that the project would receive an additional $59 million for a total of $875 million from a statewide water bond voters approved in 2014.

The Sites Project Authority expects to receive another $600 million from other federal sources and would then issue $600 million in revenue bonds to cover the cost of the $4.4 billion project, said Jerry Brown, executive director, no relation to the former governor.

“I’m pleased that California is finally on the verge of constructing several major storage projects,” Sen. Dianne Feinstein said in a statement. “Sites Reservoir is the largest and will provide the most significant benefits for our water system. This loan is a critical step in getting this dam built.”

The Sites Reservoir project was first proposed in the mid-1980s as the second stage of the State Water Project to follow the Oroville Dam, California Aqueduct and associated hydroelectric plants and pumping stations. The SWP collects water from rivers in northern California and redistributes it to urban areas in the San Francisco Bay Area, southern California and farms in the Central Valley through a network of aqueducts, pumping stations and power plants.

The six-year drought that began in 2011 reinforced the need for the Sites Reservoir Project.

Sites, a small community in Colusa County in northern California, is surrounded by rolling hills and set in a basin of grasslands used primarily for cattle grazing. The proposed reservoir, which would flood the basin, has not received opposition from ranchers.

It has received pushback from the Natural Defense Resources Council, a Santa Monica, California-based environmental advocacy group, which has argued the project would take too much water from the Sacramento River, harming salmon and other fish.

The project was scaled back after it received a lot of negative feedback in 2017, to address environmental concerns, Brown said. It would now have the capacity to store 1.3 to 1.5-million-acre-feet of water down from the 1.8 million-acre-feet originally proposed. An intake pipe that went through prime agricultural and wildlife areas was eliminated as was a $1 billion pump to create energy storage. The water would be pulled from existing canals, rather than being diverted directly from the Sacramento River, Brown said.

“There are about 180 miles of canals in the region, and only about 12 miles of that is new through the project,” Brown said. “That is a big reason that is such a wonderful location, because of all of the existing infrastructure.”

It’s really unique that this project has a group of 23 water agencies from across the state pooling their resources to secure the WIFIA loan and take out debt under the joint powers authority that governs the project, he said.

Just as the project was dusted off under the six-year drought in the last decade, the current drought is expected to provide some momentum.

If the project had been completed earlier, it could have been storing water from heavy rains in 2017 and 2019 that would have helped the state during the current drought. With the environmental impact report expected to be completed in two years and other water permits required, Brown doesn’t expect to start construction until 2024 and have it operational until 2030. So, it’s unlikely, it will help to alleviate the near-term pain from the current drought affecting California and a large swath of the West.

But Sen. Alex Padilla, who like Feinstein supports the project, called it “a critical piece of our diversified water strategy to improve our resilience to climate change” in a statement. He added, the reservoir would help California provide enough water for millions of residents and prevent runoff water from being wasted.