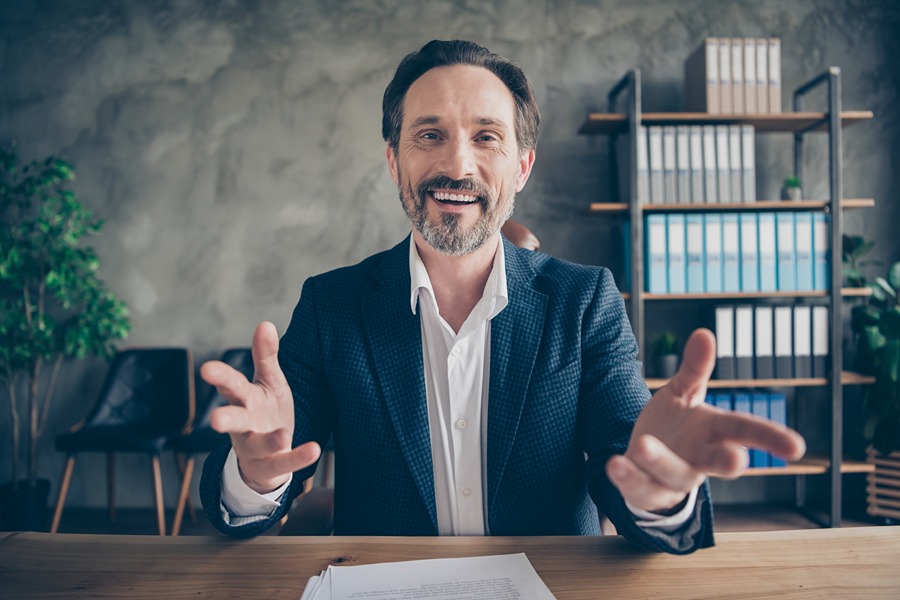 Not only are investors weighing the Federal Reserve’s recently announced rate hike, but they’re also thinking about inflation and of the war between Russia and Ukraine. It’s easy to get caught up in the day-to-day gyrations of the stock market, but investors need a long-term perspective to manage the tumult.

Wall Street’s pros have picked out their favorite stocks, highlighting the names they think have long-term potential, according to TipRanks, which tracks the best-performing analysts.

Here are five names to look at this week.

The massive technology conglomerate managed to recently report “respectable” earnings, as well as a “healthy” guidance for its future, he said. The analyst noted that ORCL’s revenue growth is currently the highest it’s been since the company has shifted toward cloud-based solutions.

White rated the stock a buy, and he added a price target of $126.

The analyst wrote that “Oracle offers investors a high-quality, value play with the opportunity to participate in an attractive cloud transformation.” The firm’s relationships with TikTok and in the health-care sector remain a source of encouragement, and there exists a strong momentum in its SaaS business.

White noted, however, that the current volatility being experienced by tech stocks can continue to weigh on ORCL shares. Moreover, it is not considerably clear that investors are enthused by Oracle’s proposed acquisition of health IT firm Cerner for $28.3 billion.

Shares of Take Two Interactive (TTWO) recently declined after TTWO filed with the Securities and Exchange Commission its S-4 form regarding its acquisition of Zynga. However, Andrew Uerkwitz of Jefferies Group sees the consequent price action as overdone.

In a published report, the analyst asserted his bull case for Take-Two, stating that the stock provides “an unprecedented value today.” Moreover, he appreciates the strength seen in the video game publisher’s net bookings, which he expects to ramp up by FY24 and FY25.

Uerkwitz rated the stock a buy, and he assigned a price target of $231.

He said that despite the mild guidance provided by TTWO’s management, these metrics have traditionally been conservative.

Take-Two has been complementing its massive pipeline of content with heavy investments in research and development, and more recently, sales and marketing. Uerkwitz wrote that the company “possesses some of the highest quality content amongst the U.S. publishers” and that an “unprecedented wave of content” is expected to wash over the market. (See Take-Two Risk Analysis on TipRanks)

The analyst did not rule out a future positive rerating for the stock — once its pipeline becomes more visible.

Out of nearly 8,000 analysts in TipRanks’ database, Uerkwitz ranks as No. 152. He has been successful when rating stocks 61% of the time, and he has returned an average of 27.7% on each one.

As workers return to the office, speculation has begun stirring that companies’ IT spend would also decelerate. However, Wall Street believes secular tailwinds will continue to boost ServiceNow (NOW).

Brian Schwartz of Oppenheimer & Co. argued this case in his recent report on the stock, noting that the “secular demand for modern cloud software, digitizing workflow, business continuity, and analytics” is aligned with NOW’s business model.

Schwartz rated the stock a buy, and he calculated a price target of $660 per share.

The analyst acknowledged the uncertainty and subsequent volatility surrounding high-growth and tech names, and he highlighted the near-term investment risk. However, Schwartz also hypothesized that ServiceNow’s industry peers are well behind the company in its sheer amount of satisfied customers.

Despite a rumored slowdown in IT spending, Schwartz anticipates a strong recovery for ServiceNow in back-office deals and demand. (See ServiceNow Stock Charts on TipRanks)

The analyst maintains a ranking of No. 19 out of almost 8,000 analysts on TipRanks. His stock picks have been correct 68% of the time, and they have resulted in average returns of 48.5% each.

As the war between Russia and Ukraine continues, many anticipate an increase in cyberattacks against the West. The need for more cybersecurity has raised the profile of companies like SentinelOne (S).

Even before this development, SentinelOne maintained a position of the fastest growing company in the coverage of Alex Henderson of Needham & Co. The analyst recently said that SentinelOne’s “purpose-built platforms architected to address this market have a substantial advantage and expect they will drive market share gains.”

Henderson rated the stock a buy, but he declared a lower price target at $50 from $82.

Despite the reduction in projection, Henderson remained bullish on the company’s outlook. He said that the cybersecurity firm recently released its quarterly earnings on a strong note, outperforming in areas including customer growth and revenues.

Aside from its operating margins which came in tighter than one would prefer, Henderson highlighted the firm’s technology in a competitive market. (See SentinelOne Hedge Fund Activity on TipRanks)

Moreover, SentinelOne’s management did not include in its guidance its recently announced acquisition of identity detection software company Attivo. The merger’s contributions to SentinelOne will only be an added bonus come next quarter’s report.

Russia’s war on Ukraine has contributed to surging prices for commodities, particularly given Moscow’s prominence as a mining exporter. This development has also lifted the stocks of companies that facilitate extraction elsewhere, such as Caterpillar (CAT).

The world’s largest mining equipment, engine, and turbine producer is well poised to capture a significant amount of increased spending in the sector. Stephen Volkmann of Jefferies Group noted that Russia will not be welcomed back into the global markets any time soon, and operations within its borders cannot be relied upon.

Volkmann upgraded the stock to a buy, and he assigned a price target of $260.

The prominent company has historically been employed by investors as an inflationary hedge, and in a world of runaway rising costs, Volkmann anticipates a decade of reinvestment to its machinery.

Beyond its core commodities-linked business, CAT operates in the commercial construction industry, which is susceptible to the increasingly likely impacts of stagflation. However, Volkmann does not see possible losses as much more than a dent in Caterpillar’s valuation. (See Caterpillar Dividend Data on TipRanks)