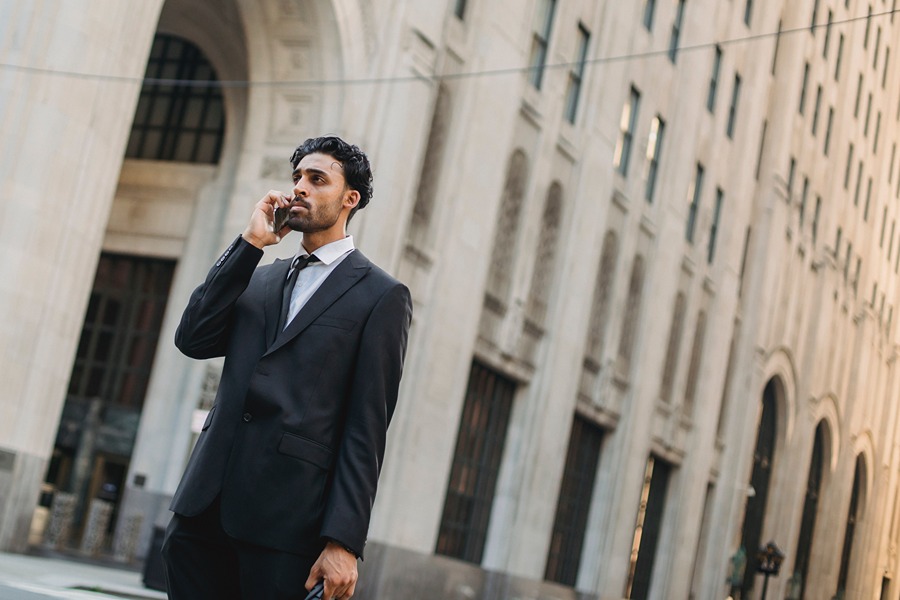 Political corruption taints the reputations of Chicago and Illinois and may influence decisions by businesses and voters at the polls, but it’s harder to measure the indirect toll on ratings, borrowing costs, and population trends.

While federal authorities in recent decades have nabbed several dozen city and state officials including two past governors, the high profile indictments of Chicago Alderman Edward M. Burke in 2019 and former House Speaker Michael J. Madigan early this month that have magnified the depths of corruption. Both have pleaded not guilty.

Burke served as the chairman of the powerful Finance Committee that holds sway over Chicago bond deals. He remains in office pending his trial.

Madigan, also from Chicago, ruled the state House with an iron grip for 36 years as speaker, with enormous influence over state finances and policies. He stepped down last year as a federal corruption probe grew closer to his doorstep.

Graft and corruption can interfere with business economic investment, hurt public sentiment needed to back ballot measures to raise taxes or issue debt, and contribute to reasons why residents leave, but the direct and indirect price tag is hard to assess.

“The taxes, the crime, and the corruption — that’s why people leave Illinois and it’s the people that the tax base can least afford to lose,” said J. Robert Lind, co-founder of Illinois-based Lind Capital Partners, LLC, an investment advisory firm that launched a high yield fund earlier this year. Lind is a lifelong Illinois resident who has invested in city and state GOs in the past but does not currently hold the debt.

Illinois is one of only three states that lost residents over the last census period, along with West Virginia and Mississippi.

Based on the number of public corruption convictions, U.S. Department of Justice numbers “show that since the department began collecting the data in 1976, Chicago is the most corrupt federal judicial district in the nation, and that Illinois, on a per capita basis, is the third most corrupt state,” according to the University of Illinois Department of Political Science’s Anti-Corruption Report from February 2021.

The Madigan and Burke allegations might not impact bond ratings or finances — the city and state’s deep pension underfunding and structural budget strains are blamed for dragging down ratings — but “the former speaker of the House ruled with an iron fist and that leads to corruption,” Lind said. “It may not directly affect state bond ratings or finances but I think there is an indirect cost because corruption or the perception of it leads to inaction at the governmental level and that leads to fiscal challenges.”

Both cases include alleged efforts to steer work to private law practices and that work often involved property tax assessment challenges. Market participants note that could impact some individual deals such as tax-increment financing transactions that rely on growing assessments for debt repayment.

Some see one potential indirect impact of corruption in voters’ rejection of the constitutional amendment in November 2020 to move the state to a progressive income tax structure from a flat rate, a cornerstone of Gov. J.B. Pritzker’s 2018 campaign plans to stabilize state finances.

Corruption leads to bad management and the protection of favored groups and that makes managing hot spots like pension costs and benefits all the more difficult, which in turn has an impact on voter sentiment, said Howard Cure, director of municipal bond research at Evercore Wealth Management LLC

Voters are unlikely to approve a tax when they have no confidence in how money is getting spent, Cure said. “It’s going to keep the city and state’s ratings down even if doesn’t directly keep them down.”

In Illinois, cynicism over corruption runs deep but the Burke and Madigan indictments stand out as many people believed they were too smart and too careful for federal authorities to gather enough evidence to bring charges. Madigan famously doesn’t even own a cell phone.

“I’m not sure it’s possible” to add to local cynicism over corruption but for investors the size of each government cushions the blow of a material impact occurring with the indictment of a single individual than it might for a smaller government, said Matt Fabian, partner at Municipal Market Analytics.

Market participants might also view the indictments through an alternative lens.

“It’s a positive that he’s no longer there” and offers the city and state opportunities to show they are doing more to curtail corruption, Fabian said.

Both the city and state have adopted various ethics reforms but reform advocates complain they fall short.

One problem that could arise is if allegations come out that drag state debt into the fold because that could lead to litigation, Fabian said.

As the lowest rated state, with triple-B and triple-B-minus ratings, Illinois spreads are especially susceptible to negative headlines that can arise from litigation, crime, and corruption although market participants say those swings are temporary. One instance was when spreads widened after a 2019 lawsuit that challenged repayment of $14 billion of outstanding general obligation debt.

The state’s susceptibility to swings is underscored by recent market volatility. Despite upgrades last year and a budget proposal praised by rating agencies, the state’s 10-year has risen over the last month from a low of 63 basis points to the Municipal Market Data’s AAA benchmark at the start of the year to a 106 bp spread Tuesday.

Rating agencies consider corruption in governance and management assessments as part of a credit profile and it’s not had a direct impact on the city or state, but analysts watch for longer term pressures.

“Corruption of public officials makes headlines, but if it is one-time in nature it is unlikely to have any credit impact,” said Emily Raimes, a vice president and senior credit officer at Moody’s.

“We consider corruption as part of our overall governance assessment, however, if it is long-term or systemic, particularly if it has affected the government’s financial stability, or is likely to affect financial stability in the future,” she said.

“Anything in government relies on some level of trust. I think if corruption is rampant or repetitive it can make the next tax increase or capital request harder to approve because people don’t trust you are going to do the right thing,” said Geoffrey Buswick, sector lead and lead Illinois analyst at S&P.

“That’s the longer play that is harder to assess in credit because when does that erosion of public trust limit flexibility? It’s not always clear,” Buswick said.

For Chicago and Illinois, pensions stand out above most factors S&P receives questions on from market participants and Buswick doesn’t see city and state corruption to date as having had an impact on the ability and willingness to repay debt.

And neither the municipal bond industry nor the state’s pension problems have always been able to stay at arm’s length from the state’s corruption issues.

Allegations about how the firm Bear Stearns was named to lead a $10 billion pension obligation deal were part of the initial 2009 federal corruption charges against former Gov. Rod Blagojevich, though they were not ultimately part of his 2011 conviction. President Trump commuted his sentence in 2020.

Madigan
Madigan faces 22 counts of racketeering and bribery for allegedly using his position to personally profit and benefit his cronies in a decade-long criminal enterprise. The charges allege the former speaker, who also headed up the state’s Democratic Party, used his post to steer property tax work and other business to his personal law firm Madigan & Getzendanner.

Madigan’s tenure ended in January 2021 amid growing opposition in the Democratic caucus as rumblings about the federal corruption probe grew louder. He resigned from the House a month later after 48 years.

Critics say Madigan’s fingerprints are on the state’s budget and pension messes. Madigan supported Blagojevich’s $10 billion 2003 pension borrowing that included $2.7 billion in deficit financing. On the other hand, he pushed through a pension package reform package in 2013 that cut benefits but the Illinois Supreme Court struck it down in 2015.

The state’s ongoing credit erosion worsened under former Gov. Bruce Rauner as he locked horns with Madigan, who refused to go along with Rauner’s right-wing policy agenda in exchange for a tax hike. That led to a two-year budget impasse that Buswick attributes to ideological differences rather than corruption.

Thompson, the nephew of former Mayor Richard M. Daley, was found guilty of income tax fraud and making false statements to federal authorities and Munoz is charged with corruption. Thirty alderpersons have been convicted of crimes since 1973.

Burke’s indictment made the biggest splash. Burke is facing trial on charges that he abused his power as both alderman and chairman of the Finance Committee to nab work for his personal law firm Klafter & Burke and secure an internship for a friend’s child.

The grand jury indictment accuses Burke of federal racketeering and bribery charges, attempted extortion and conspiracy to commit extortion. Burke stepped down as finance chairman but remains in office.

Burke is the longest serving alderman, in office for more than five decades and was a fixture in the local public finance community due to his long tenure and the power he wielded over bond deals.