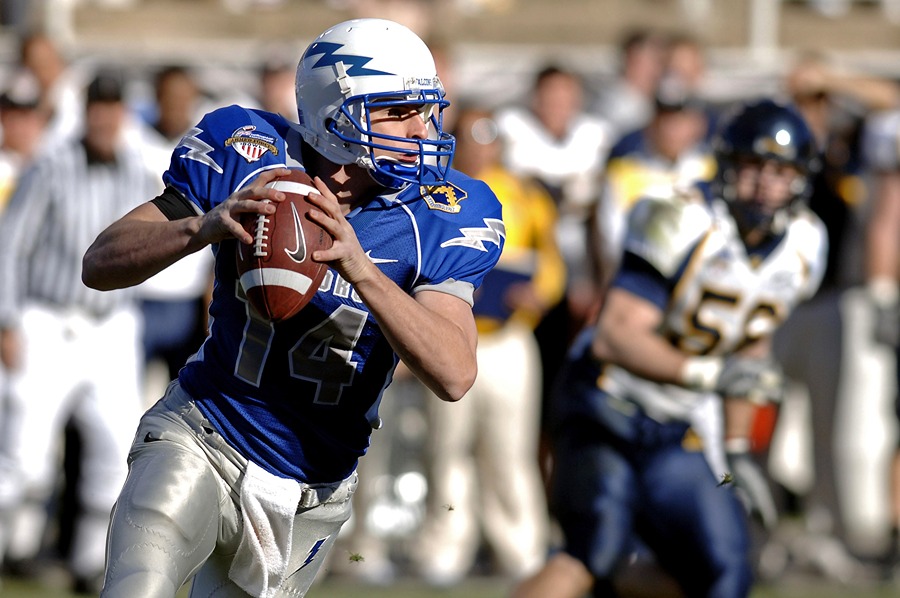 Disgruntled fans have filed a pair of lawsuits against the National Football League seeking damages for moving the San Diego Chargers to Los Angeles.

The most recent complaint, filed in San Diego Superior Court in mid-February, contains allegations similar to those in a separate lawsuit filed in January.

Robert Kirkbright, a five-year season ticket holder and San Diego County resident, alleged in the February suit that the Chargers failed to meet their responsibilities under the NFL relocation policy.

Both Kirkbright’s case and another filed on behalf of San Diego restaurant owner Ruth Henricks are modeled after a lawsuit filed by St. Louis government officials and the state of Missouri after the Rams relocated to Los Angeles. That case resulted in a $790 million settlement with the NFL.

St. Louis, St. Louis County and the Regional Convention and Sports Complex Authority sued the NFL, its franchises and their owners in 2016. The lawsuit was settled Nov. 24.

Both cases name the city of San Diego as a defendant, but only for the purpose of collecting damages, a requirement of taxpayer lawsuits.

Neither Mayor Todd Gloria nor City Attorney Mara Elliott could be reached for comment.

The litigants are asking that the Chargers, the NFL and associated NFL teams pay damages “resulting from defendants’ breach of contractual duties and intentionally false representations to the city of San Diego” in negotiations to try to keep the team in San Diego.

The Chargers moved to Los Angeles for the 2017 season, a year after the Rams moved from St. Louis. They now play at the SoFi Stadium developed by Rams owner Stan Kroenke, reflecting their second-fiddle status in the L.A. market to the Super Bowl-winning Rams.

The lawsuit claims Chargers owner Dean Spanos was negotiating in bad faith because he had planned to move the team to Los Angeles as early as 2006, but concealed that from the city for more than 10 years.

The city “expended hundreds of millions of taxpayer dollars and countless hours of city employee time to expand the stadium, pay for all unsold tickets up to 60,000, create and fund numerous task forces and committees to address issues related to keeping the team in San Diego, retain a stadium rehabilitation contractor, and to develop and/or endorse numerous plans and ballot measures designed to keep Chargers football in San Diego,” Nocon wrote in the lawsuit. The Chargers “induced and accepted all of these benefits knowing that it had already decided to relocate to Los Angeles and ultimately announced its decision to relocate under the guise of failed negotiations.”

The Chargers and the city agreed to an expansion of the San Diego stadium, originally built in 1967, by 10,000 seats to 71,000 seats and the addition of 7,800 club seats and a new off-site practice facility that cost the city $196 million, $92 million for the 1997 stadium expansion, $68 million in bond interest payments and $36 million to buy unsold seats, according to the lawsuit.

The lawsuit documents nearly 10 years of negotiations between Spanos and the city on proposals to build a new stadium, including floating bond measures that cost the city millions of dollars.

The lawsuit cites a comment made to the San Diego Union Tribune by Jim Steeg, the Chargers’ former chief financial officer, as proof that Spanos had intended to relocate all along.

“I think Dean Spanos made up his mind to move in 2006,” Steeg said in a story about the St. Louis settlement agreement. “It just took him 10 years to do it.”

The lawsuits claim that the defendants violated the NFL’s relocation policy, a policy that was adopted in 1984 in response to a Ninth Circuit court decision that upheld a judgment that an NFL relocation had violated antitrust statutes.

According to the NFL bylaws outlined in the lawsuit, relocation may be an option “if a club’s viability in its home city is threatened by circumstances that cannot be remedied by diligent efforts of the club working, as appropriate, in conjunction with the NFL, or if compelling NFL interests warrant a franchise relocation.”

Football teams are obligated “to work diligently and in good faith to obtain and maintain suitable stadium facilities in their home territories, and to operate in a manner that maximizes fan support in their current home community,” the lawsuit states.

A case management conference in the Henricks case is scheduled for July. A similar proceeding is expected to be held in September for Kirkbright.

Rumor has it that Dogecoin could shift to proof-of-stake — What does that mean for miners?
Robots could surpass workers at Amazon by 2030, Cathie Wood says
London’s rental market is in crisis. Here’s why and how renters are struggling
TotalEnergies says exposure to Adani stands at $3.1bn as turmoil mounts
S&P slashes Chicago suburb’s GO rating over default event on unrated bonds