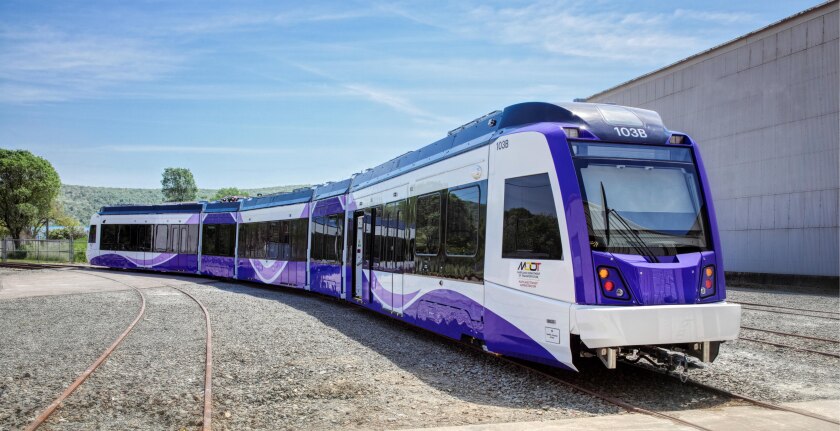 A pair of high-profile public-private partnership projects will advance after winning key federal loans this week.

Both loans will be used in part to refinance outstanding TIFIA dollars and finance the next stage of construction. The loans will complete financing packages that include private activity bonds and equity.

The new federal loan will refinance an existing TIFIA loan for four existing I-495 express lanes, which were completed in 2012. It will also provide new money for the upcoming stage, dubbed the 495 NEXT Project, which will extend the four existing lanes by 2.5 miles northward. Part of a growing network of express lanes in the region, the extended lanes are set to open in late 2025.

Maryland is in the midst of building out its own tolled express lanes, a $9 billion project that will connect to Virginia’s lanes and could see a delay amid a dispute from the losing bidder.

Proceeds from the $304 million bond deal will be used to refinancing existing debt, issued in 2008, with the remaining money used to finance Project NEXT. A separate $49 million loan from the Virginia Tax Infrastructure Bank along with equity will also be part of Project NEXT’s financing package.

The TIFIA loan is subordinate to the senior 2022 bonds, though in the event of a bankruptcy, the TIFIA loan will be on par with the senior obligations, the road show said.

Moody’s Investors Service assigned a Baa1/stable rating to the senior PABs and TIFIA loan, reflecting “the long-term cashflow generating ability of the I-495 HOT Lanes Project that will only be enhanced with the addition of the extension,” according to a Jan. 31 report from Moody’s analyst John Medina.

Maryland’s effort to develop its own managed lanes network to connect to the Virginia network is another credit strength, Medina said.

“Once completed, Maryland’s new express lanes will direct even more commuter traffic onto the project because of improved reliability for those commuters. Similarly, the improved connectivity to the Dulles Toll Road and I-66 and the further build out of the regional managed lane network in DC all bode well for long-term traffic and revenue growth.”’

In awarding the TIFIA money, Deputy Transportation Secretary Polly Trottenberg said in a statement that the project would ease congestion at the American Legion Bridge, “a notorious bottleneck. The project also includes long-term annual transit investment from toll revenues and will reconnect communities with pedestrian and bike paths as well as two new overpasses.”

The $1.7 billion TIFIA loan for the Purple Line comes as Maryland and its private partner, Purple Line Transit Partners, are embarking on the next stage of construction for the delay-plagued rail line.

The 16.2-mile, 21-station light rail line between Bethesda in Montgomery County and New Carrollton in Prince George’s County is a partnership between the Maryland Department of Transportation/ Maryland Transit Administration and Purple Line Transit Partners.

The project was officially launched in 2016 but ran into a series of obstacles that culminated in the primary subcontractor walking off the job in September 2020.

MDOT took over day-to-day construction and has since hammered out a revised P3 agreement with PLTP and a new contractor.

The new TIFIA loan restructures an outstanding an existing $873 million one, which has had no funds drawn. The State of Maryland will make operation and maintenance payments over 30 years to repay the loan.

The state is also expected to come to market with up to $700 million of private activity bonds, though the timeline of the pricing remains unclear.

“Marylanders have been waiting with anticipation for years for the completion of the Purple Line,” the state’s Democratic congressional delegation said in a statement announcing the loan. “This new federal loan is a critical piece of the financing to move the Purple Line’s construction forward after previous setbacks for the project. Team Maryland has fought for consistent federal support to complete the Purple Line throughout the challenges that the state has faced with the project, and this new funding marks sound progress on this initiative on behalf of our communities.”