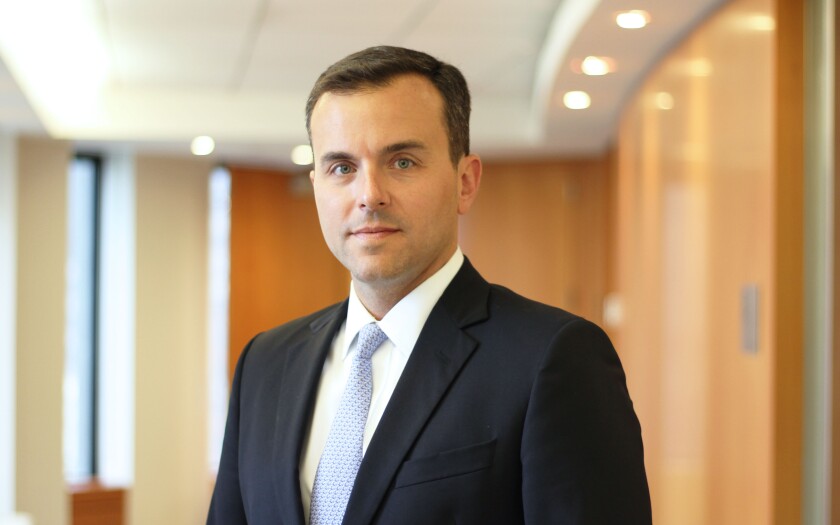 The 18-member group will be headed by Eric Scroggins, co-head of debt advisory and restructuring, and Bill Reisner, head of public finance investment banking.

Depending on the deal, the group can also tap the expertise of others from the 56-person public finance team, Reisner said.

“The economic effects of the pandemic have had an outsized impact on municipal issuers, from hospitals and senior assisted living communities to public retail districts and parking structures,” Scroggins said. “The pandemic has fundamentally altered many of the financial assumptions tied to revenue bonds.”

Scroggins moved to Oppenheimer in November from Stephens Inc., an investment bank headquartered in Little Rock, Arkansas, along with managing directors Joe Stone and Lance Gurley, all of whom worked in leadership roles in the debt advisory and restructuring group at Stephens.

It’s a response to what “we have seen occurring in core sectors we operate in including senior living, higher education, healthcare, utilities and municipalities,” Reisner said.

“It’s quite significant when you include impairments,” Reisner said. “We aren’t just talking about financial defaults. It could be a private college that isn’t complying with its debt service coverage ratio for the quarter, because it’s been operating remotely and with students not on campus, housing revenues are down. It could be covenant violations.”

“We have a multitude of borrowers who are trying to find a path forward and make changes strategically,” Reisner said.

The year-to-date default count is 12, affecting $0.74 billion of par and the 2021 total is up to 66, affecting $2.9 billion, according to the March 1 default trends report from Municipal Market Analytics.

Troubled credits were supported by federal coronavirus aid and relatively low-cost access to capital markets in 2021, MMA wrote; but investors should bear in mind that federal assistance was one time only and the credit markets are vulnerable to the Russian invasion of Ukraine.

Some of the patient capital from institutional investors willing to ride it out as mutual bond inflows continued over the past two years is becoming impatient as investors see outflows from bond mutual funds, Oppenheimer’s Reisner said.

“Now, more than ever lenders and borrowers need customized guidance and calibrated solutions to navigate restructuring situations in municipal markets,” he said.

As issuers look to recover from the pandemic, Scroggins said he expects that most will choose to restructure outside of the courts, rather than through a Chapter 9 bankruptcy filing.

“There has been much more emphasis on institutions trying to settle something out of court, and then effectuate a plan through a bankruptcy filing, if need be,” Scroggins said. “I think we are starting to see more pre-Chapter 9 restructurings versus in-court restructurings. Hopefully, that trend continues, because it’s generally healthier.”

The new municipal restructuring group will leverage key resources in underwriting that span all tax treatments and credit types.

“It you think of the platform, there is no one like us,” Scroggins said. “We have full service underwriting on the credit side and full service restructuring. We are in a position to advise the marketplace and each of the silos and different sectors.”

Oppenheimer has been working to grow its strength in the municipal bond sector since it named Reisner to head the division in 2017. It acquired investment bank Brandis Tallman in 2020 to expand in California and added seven executives in September 2020.

Blinken cancels China trip following discovery of spy balloon
Stock Market Coaching | Do You Need a Mentor? – Mindsets of a Master Trade Ep 205
Mortgage rates drop to the 5% range for the first time since September
Top Stock Picks for the Week of June 17, 2019
4.5-Acre Oceanfront Maui Property Hits The Market For $5.5 Million