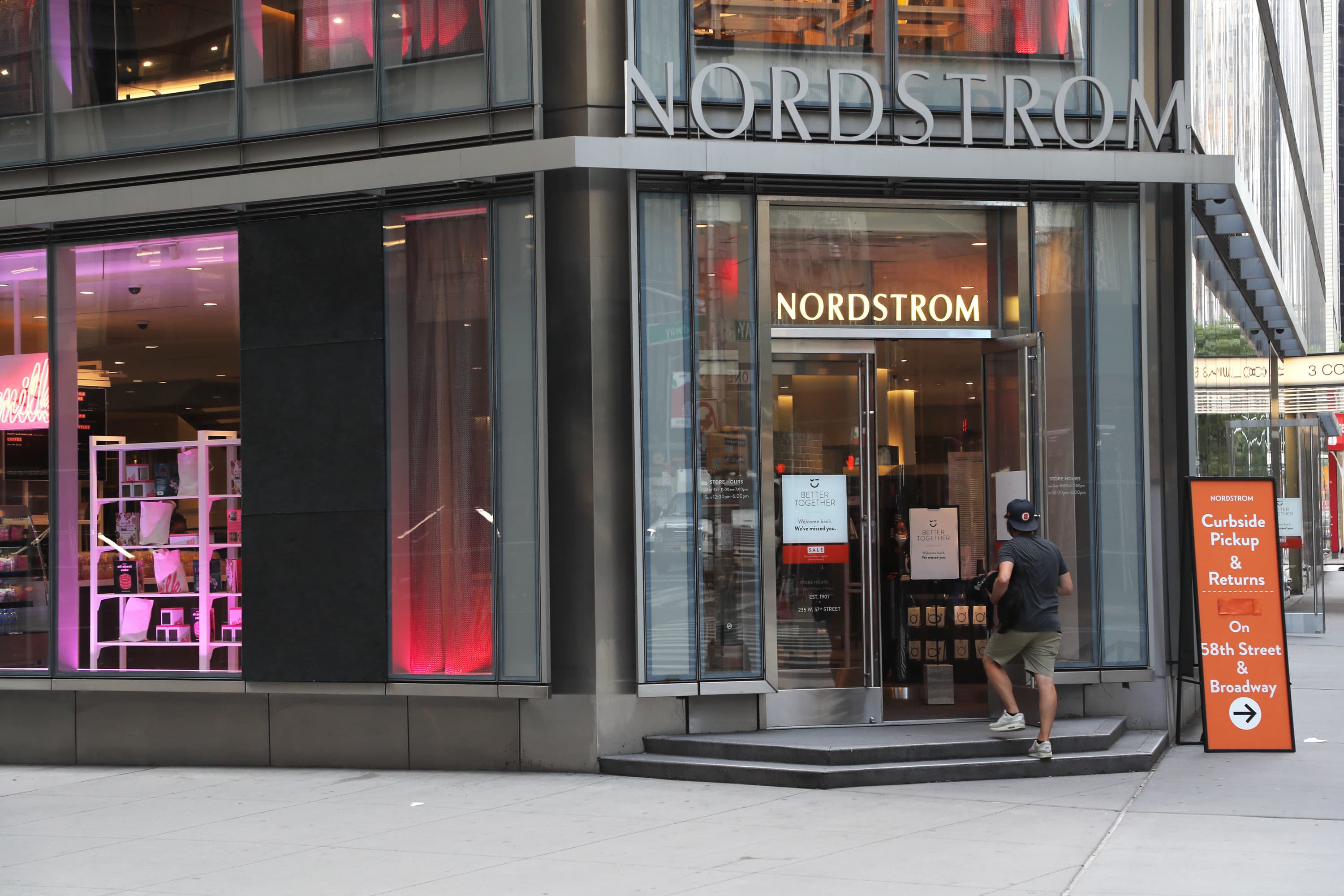 Check out the companies making headlines after hours.

Nordstrom — Shares of the retailer spiked 30% after hours after the company reported a beat on quarterly earnings and revenue and issued guidance for fiscal 2022 projecting revenue up 5% to 7% compared with 2021 levels. Analysts were looking for growth of 3.7%. Nordstrom also highlighted improvements in its off-price business, Nordstrom Rack, following underperformance in recent quarters.

SoFi — The fintech company’s shares surged by about 16% following its quarterly earnings report. The digital financial services company reported a quarterly loss of 15 cents per share, which was narrower than the consensus estimate of a 17 cent per share loss. Revenue came in at $278.8 million, slightly beating estimates of $279.3 million.

Salesforce — The software company got a roughly 3% boost in extended trading after it reported better-than-expected earnings and revenue for its most recent quarter. It also issued upbeat guidance for the 2023 fiscal year projecting between $32 billion and $32.1 billion in revenue. Analysts surveyed by Refinitiv had been looking for $31.78 billion in revenue.

Hewlett Packard Enterprise — Shares of Hewlett Packard added 1.5% after the company reported a slight earnings beat for the most recent quarter, but a quarterly revenue miss. Earnings of 53 cents per share for the quarter beat analysts estimates by 7 cents. Revenue of $6.96 billion was below the consensus estimate of $7.03 billion.