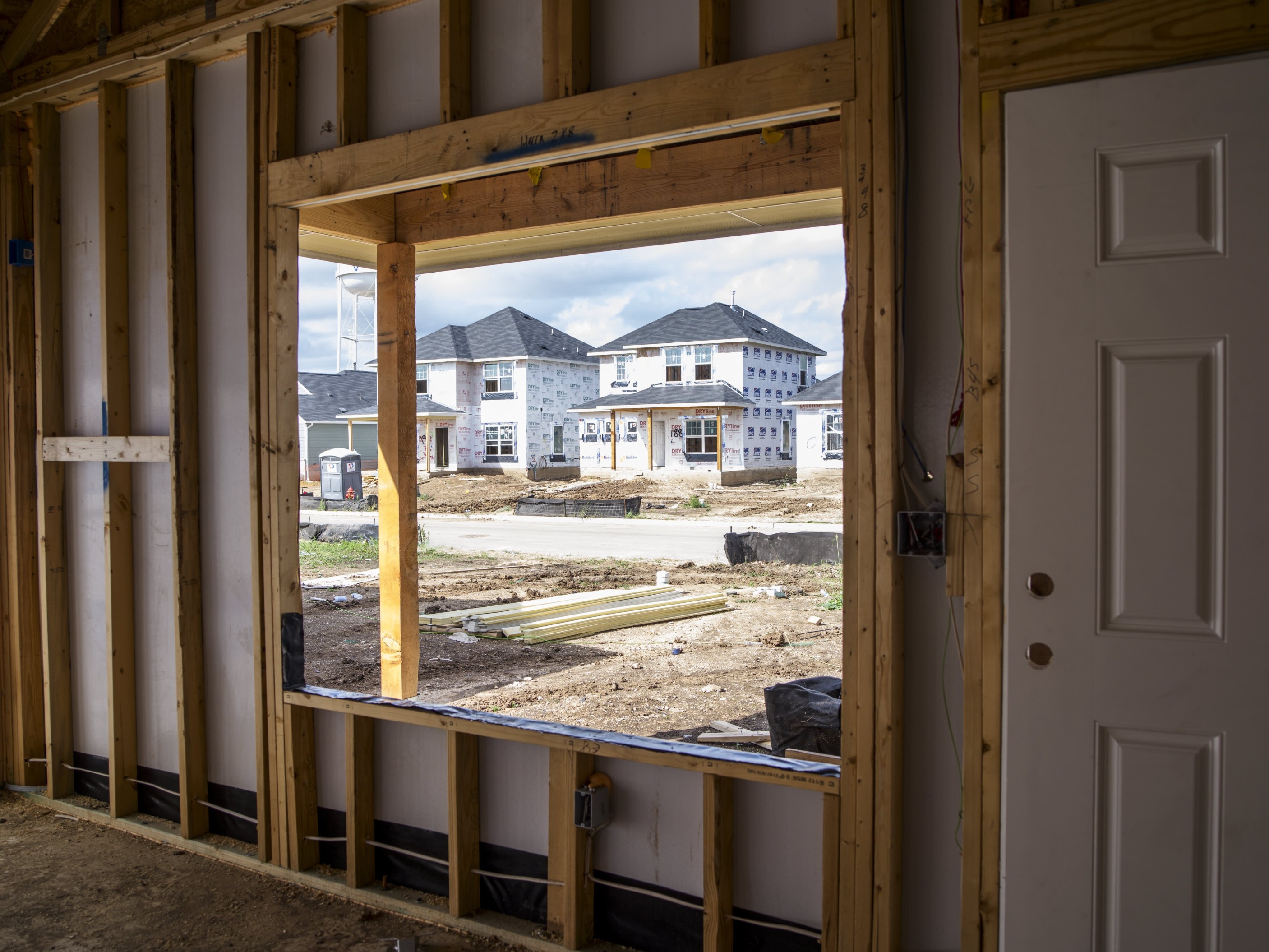 Record increases in home prices are also pushing up the amount of equity people have in their abodes.

For many Americans, that means they can borrow more against what is often their biggest asset.

However, financial experts caution you should think carefully before making such a move.

The average mortgage holder currently has about $185,000 in home equity to tap, which is the amount they can access while still retaining a 20% stake, according to mortgage research from Black Knight.

More from Personal Finance:
What it takes to buy a first home in today’s market
65% of women would buy a home without being married first
Rents are up 30% in some cities

Homeowner equity is now an aggregate $9.9 trillion, according to Black Knight. That comes after a 35% gain in 2021 worth $2.6 trillion, the largest annual increase on record, beating a $1.1 trillion bump in 2020.

For some homeowners, the hot market has made it an attractive time to sell. Of course, those same rising prices, as well as high rents, can make it difficult for people to relocate.

Many homeowners have instead chosen to draw money from their homes, which they can traditionally do in three ways. That includes so-called cash out refinancing; home equity lines of credit, or HELOCs; and reverse mortgages, often offered through what is called home equity conversion mortgages, or HECMs.

More homeowners, particularly those age 62 and over, have been eager to extract equity from their homes amid current market conditions, research from the Urban Institute found. The combined number of those loans to seniors increased to 759,000 in 2020, from 647,000 in 2018.

That increase was driven mostly by cash out refinances, whereby a new, larger mortgage replaces the previous one. The median loan for those transactions rose to $205,000 in 2020, from $180,000 in 2018, according to the Urban Institute.

With borrowing costs expected to rise as the Federal Reserve raises interest rates, that may increase the incentive for homeowners to make these transactions now.

“As interest rates rise in the coming year, you could see folks using more second lien products … to tap some of that equity when they need it,” said Karan Kaul, principal research associate at the Housing Finance Policy Center at the Urban Institute.

“Folks already have a very low rate, and as rates rise it’s not going to be economical for most of them to refinance,” Kaul said.

Just because you have home equity doesn’t mean you can borrow from it.
Greg McBride
chief financial analyst at Bankrate.com

As rates kick up, the market may shift from being predominantly cash out refinance transactions to more HELOCs and home equity loans in the coming years, he said.

Cash out refinances require you to refinance your entire mortgage, which may not be economical for many consumers as their payments would likely go up. A HELOC may be a better option for someone who is remodeling their bathroom, for example, and only needs to borrow $25,000. While that may have a higher interest rate, the underlying principal on that loan is much lower, Kaul said.

“It’s an individualized, personalized calculation that has to happen at the household level,” Kaul said.

When deciding whether to borrow from your home, it’s important to remember that lenders typically will want you to maintain a 20% equity stake, said Greg McBride, chief financial analyst at Bankrate.com.

“By and large, this is not 2005, when you can pull out every last nickel of equity that you have,” McBride said.

“Just because you have home equity doesn’t mean you can borrow from it,” he said.

For people who want to draw money to pay down credit cards or fund home improvement projects, the temptation can still be great.

Current credit card rates are hovering at around 16%, according to Bankrate, while mortgage rates are around 4%.

McBride cautions against consolidating your credit card debts with a home equity loan as a permanent solution. If the debt was the result of a one-time event, like a medical bill or period of unemployment, it can be helpful. But if it’s indicative of your lifestyle, chances are you will still run up a balance under a home equity loan.

“If you haven’t solved the problem that produced the credit card debt in the first place, you’re just moving around deck chairs on the Titanic,” McBride said.

Home improvement projects may also be a reason to tap your home equity.

“If I add another bedroom and a bathroom and a pool, the value of that is instantly higher than what you can buy for, not to mention the enjoyment that you’ll get along the way,” said Charles Sachs, a certified financial planner and chief investment officer at Kaufman Rossin Wealth in Miami.

While some of Sachs’ high-net-worth clients have pursued these transactions for home improvements, or even invest in higher yielding investments, these strategies are not for everyone, he warns.

You should be financially savvy and have the ability to take on risk, he said.

Moreover, it is impossible to know when the absolute bottom to borrow will be. Still, we may look back in five years and be envious of current interest rates, he said.