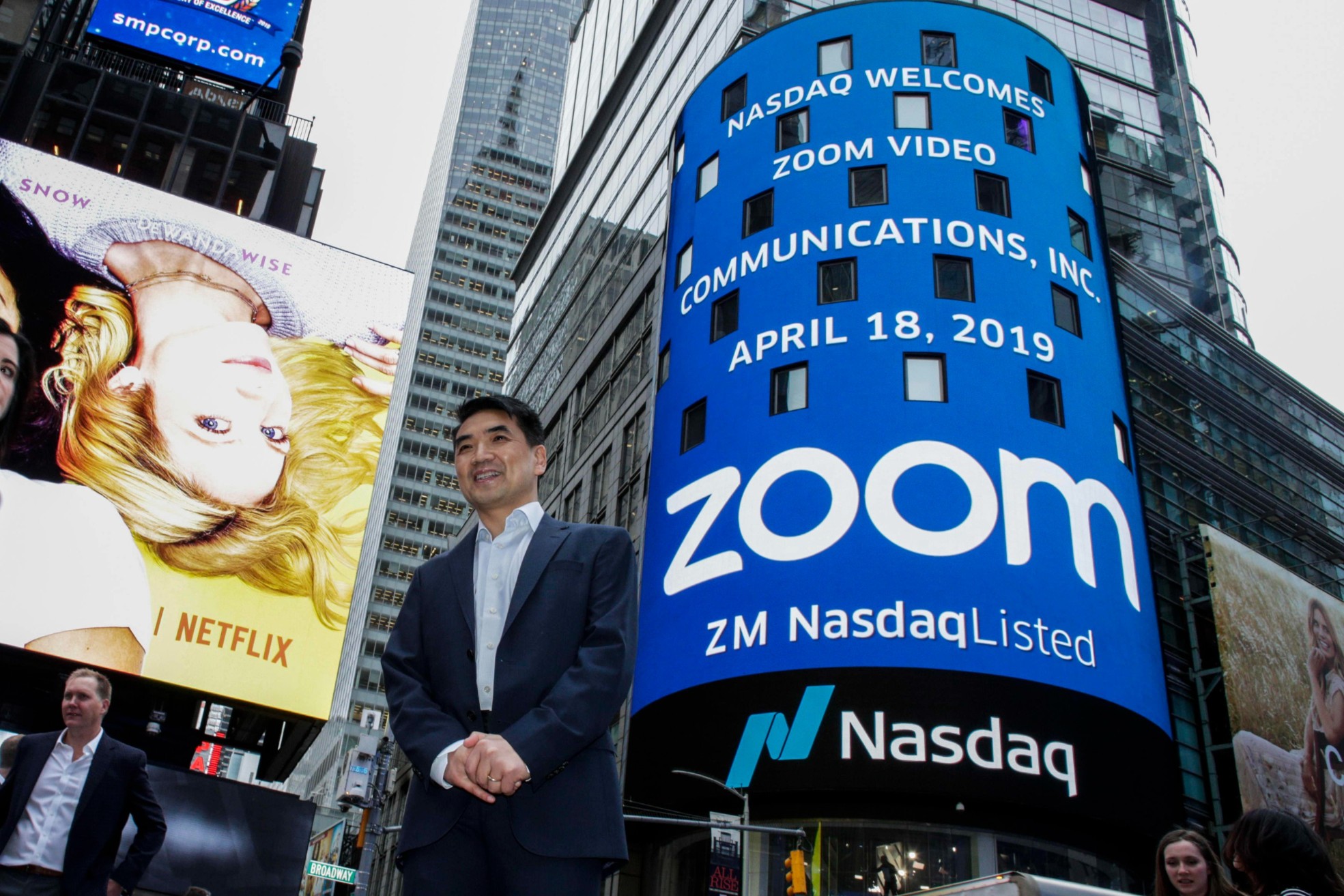 Zoom founder Eric Yuan poses in front of the Nasdaq building as the screen shows the logo of the video-conferencing software company Zoom after the opening bell ceremony on April 18, 2019 in New York City.
Kena Betancur | Getty Images

Workday — Shares of Workday rose more than 5% in after-hours trading on Monday after beating on the top and bottom lines of its quarterly results. The software stock reported EPS of 78 cents per share, topping estimates of 71 cents, according to Refinitiv. Revenue also topped estimates.

Zoom Video — Shares of the video conferencing company ticked 2% lower in extended trading on Monday after issuing full-year guidance below what analysts had predicted. Zoom, however, reported earnings of $1.29 per share on revenue of $1.017 billion. Analysts expected earnings of $1.06 on revenue of $1.046 billion, according to Refinitiv. Zoom shares fell as much as 13% in extended trading on Monday.

Lucid Group — Shares of Lucid Group tanked more than 10% in after hours trading after its quarterly report. The company reported a wider-than-expected loss of 64 cents, while analysts expected a loss of 25 cents per share, according to Refinitiv. Revenue also missed estimates.

Novavax — Shares of Novavax fell 5% after the bell on Monday after missing on the top and bottom line of its quarterly report. The company posted a loss of $11.18 per share. Revenue came in at $222.2 million.