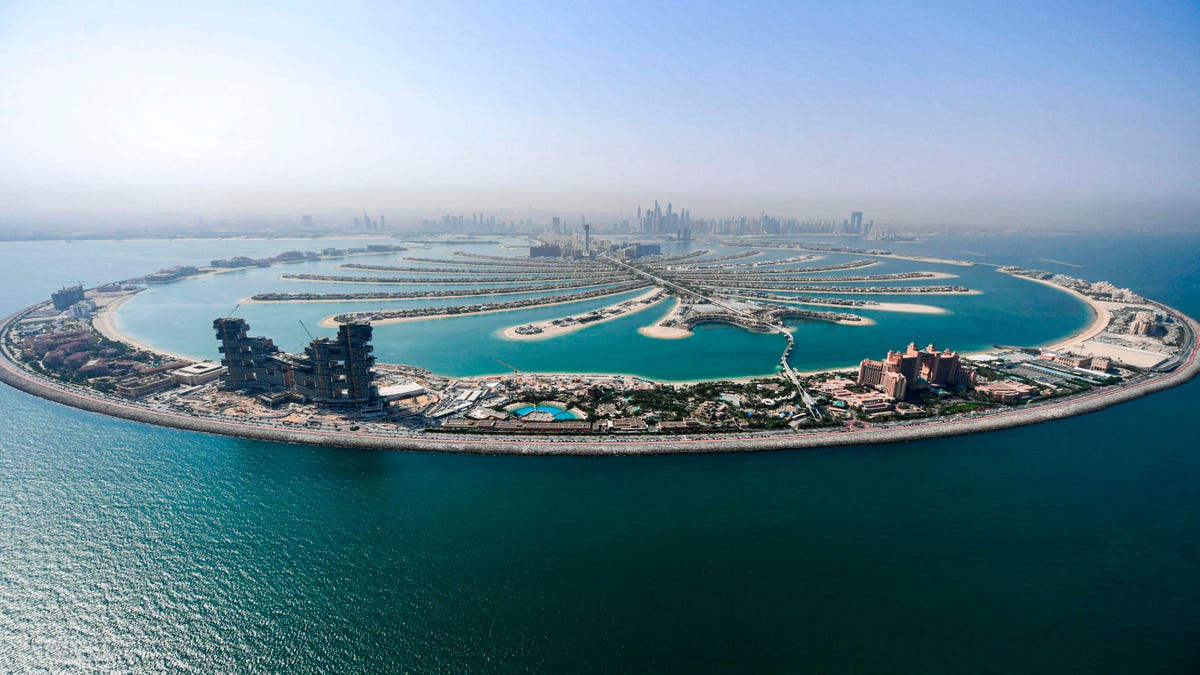 Global wealth boomed during the pandemic, as did the number of wealthy. A new study shows that the number of individuals worth over $30 million jumped by nearly 10% last year, driving one of the largest demands for prime real estate ever witnessed.

Knight Frank’s Prime International Residential Index (PIRI), which tracks the value of the world’s 100 most expensive houses, increased by 8.4% in 2021, up from just under 2% in 2020 and the highest annual increase since the index was launched in 2008.

“Of the 100 luxury residential markets tracked, only seven saw prices decline in 2021 while a staggering 35% of locations saw them increase by 10% or more,” says the Knight Frank Wealth Report, published on Tuesday (1 March).

Initially this was driven by the demand for second homes. There are now more than 200,000 second homes around the world that belong to the wealthy. But that behavior is now changing: “The use of second homes for longer periods was supercharged in 2021 as flexible working grew and homeowners looked to decamp for several weeks,” says the report.

Second homes have become first homes as “digital nomad” visas encouraged global mobility. And those homes then had to be upgraded as their owners sought more space during the pandemic.

This behavior sent real estate prices spiraling in the most sought after towns and cities. Here are five of the highest performing prime real estate markets in 2021.

Prime real estate prices in Dubai went up by 44.4% last year, the biggest increase of any city. Even more startling was the demand for $10 million-plus properties. Normally this segment accounts for 2% of Dubai’s real estate market. Last year it nearly quadrupled to 7%.

“The UAE’s handling of the pandemic, strong take-up of the vaccine, the delivery of high-end turnkey projects as well as innovative new visa initiatives and economic reforms, have together boosted Dubai’s profile in the eyes of international buyers,” says Kate Everett-Allen, head of international residential research at Knight Frank.

Then, towards the end of last year, Dubai moved its working week from a Sunday-Thursday routine to a Monday-Friday one. “That’s been a complete game changer from my point of view because it’s now far more appealing and aligned with all the other markets,” says Zahra Clark, head of MENA at Tiger Recruitment.

Clark has witnessed a rush of families from India and Europe all looking to relocate to Dubai, including a Dutch crypto billionaire and an Indian e-commerce one. While Dubai is not new to them, now they want to live there full time, bringing their families and businesses in tow. “I’ve been here since 2013 and I’ve never seen the market so buoyant with new companies and startups,” says Clark.

The Palm Jumeirah, the giant artificial palm-shaped series of islands, is the most popular location for wealthy home buyers, according to Knight Frank. But actually the wealthy are just snapping up anything that is readily available, says Rohal Kohyar, marketing director of Luxhabitat Sotheby’s International Realty. “People are happy to pay a good 10%, 15%, even 20% premium on properties that are ready. The idea is really to secure a property that’s on the market right now because there’s a scarcity.”

Nor are things likely to slow down any time soon. Kohyar says the first two months of 2022 have “been absolutely cracking.” Luxhabitat Sotheby’s International Realty has already completed over 2 billion dirhams in sales this year, and “there are no sign of slow motion.”

Moscow saw the world’s second fastest growth in prime real estate in 2021, with prices rising by 42.4%. However, this data comes with a caveat: Knight Frank only tracked the markets until 31 December 2021, long before murmurs of a Ukrainian invasion.

Moscow’s price increase was also shaped by previous falls in the market. “Between 2017 and 2019, prime prices had fallen 21% which meant that the market was coming off a low base as it moved into 2021,” says Knight Frank.

Nonetheless, Moscow is the fourth richest city in terms of billionaires, according to Forbes, and they, too, wanted houses with more space as the pandemic gripped the country in 2021.

As with Dubai, a lack of housing stock meant demand and prices increased rapidly. And, for the not-so-rich UHNWIs, the price of mortgages came down in 2021 as the government introduced a mortgage subsidy program.

But with crushing new sanctions imposed on Russia’s wealthy, few expect Moscow’s prime real estate market to go anywhere but down over the next few months. Already $126 billion has been wiped off the value of Russia’s billionaires and there could be further sanctions still.

San Diego And The U.S.

The U.S. had the highest growth in the number of new UHNWIs last year. By the end of 2021, there were around 23,000 more individuals worth $30 million than at the beginning of the year, a growth of 13%.

Thanks to this soaring wealth, prime real estate markets boomed across the U.S. In country terms, the U.S. tops Knight Frank’s PIRI for 2021. There were, however, some parts of the country that did better than others.

San Diego ranked first in the U.S. and third globally on Knight Frank’s PIRI index in terms of prime real estate price increases, with a 28.3% surge.

“The inventory is at an all time low. It’s at 15% of what it was last year, it might even be lower than that,” says Jennifer J. Janzen​, partner at Brizolis Janzen & Associates. This, combined with buyers coming from Los Angeles, San Francisco Bay Area, and even areas like Seattle and Portland, has driven the market upwards.

“Metropolitan buyers come in and they’ve got incredible budgets. And they’re basically paying whatever price to get into these homes because they want to be here now,” says Janzen.

After San Diego, Miami and The Hamptons saw the biggest prime real estate price increases, at 28.2% and 21.3% respectively. This is what Liam Bailey, global head of research at Knight Frank, calls the upgrading story: “People are looking for space and that’s played out more in places like the Hamptons and Miami.”

With the additional draw of low tax rates, Miami will continue to see prime real estate prices rise in 2022. “Dubai, Miami, and Zurich lead our 2022 forecast, with prime prices expected to end the year between 10% and 12% higher,” says Bailey. But smaller cities, or places such as the Hamptons or the Gold Coast (which ranked 12 on the PIRI), may see prices plateau as some wealthy buyers rediscover their love for the city.

“As cities reopen, you suddenly think, ‘Okay, now I remember why cities are so good actually because you can’t replicate these things in a dispersed environment,’” says Bailey. “And actually, there’s a reason why our big cities are magnets for talented and creative people.”