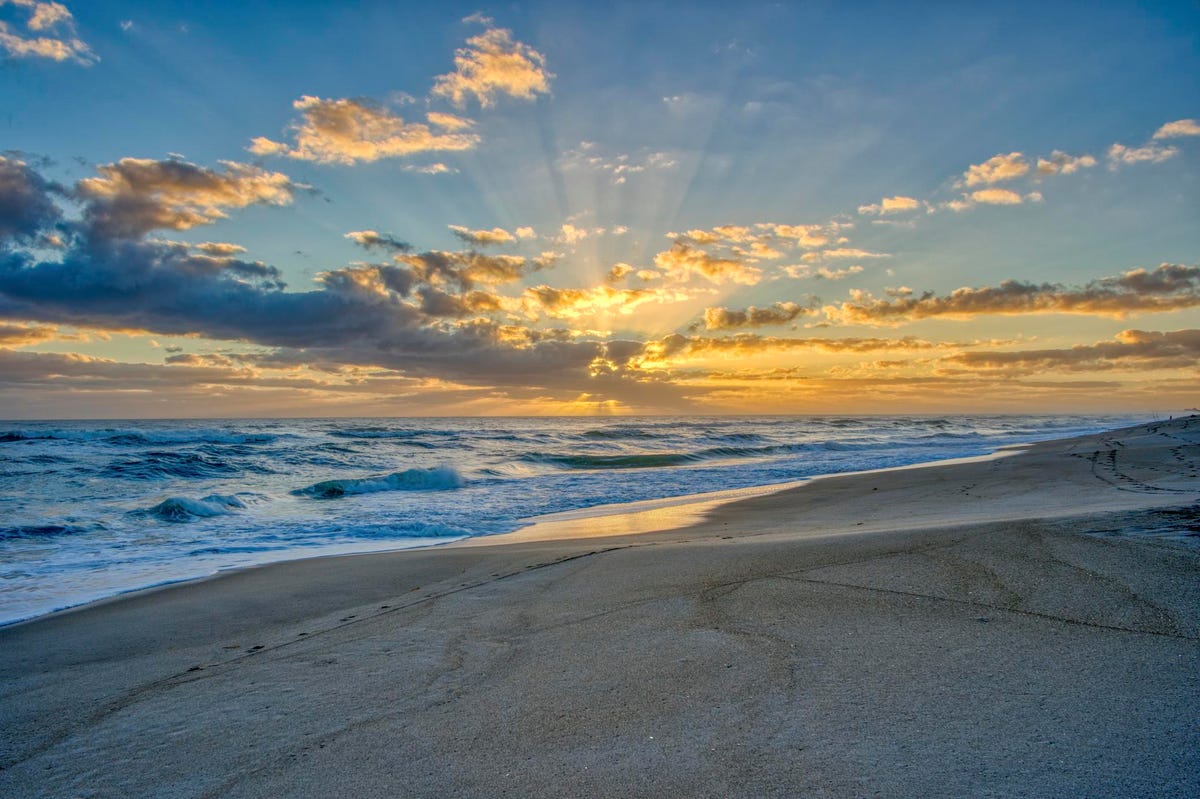 “The first time I drove down the South Tropical Trail I could have sworn I had been transported to the Caribbean,” says Grace Vista, who specializes in luxury and waterfront properties at Dale Sorensen Real Estate. “The land gets so narrow that there’s water on either side of the street—it feels like you’re not even in Florida anymore.”

And yet, Merritt Island is also quintessentially Floridian, Vista says. “Merritt Island has everything that people love about the coast of Florida—the sunny weather, the beautiful beaches and all of the opportunities for water recreation.”

Adjacent to the Atlantic and situated between the Indian and the Banana rivers, this stretch of Florida’s Space Coast—so-called for its NASA launches—is not actually an island but rather a long, tapered peninsula.

The area’s charm is in large part due to the peninsula’s unique shape, as the narrowing southern point cannot support bulky industry or overly populated neighborhoods.

While life on Merritt Island may move a bit slower than in other coastal cities, like West Palm Beach or Miami, residents are happy to keep it that way.

“It’s a gentle life here—it’s almost like the breezes are softer,” says Gary Scenti, a broker at Dale Sorensen Real Estate. “Once people move to the island they never seem to have a reason to leave.”

“Every area offers a different sort of product. The South Tropical Trail—which runs from Central Merritt Island to the southern tip—is where you’re going to find most of the multimillion-dollar properties.”

Proximity to the water has directly influenced designs and styles, with many homes along the South Tropical Trail featuring private docks, outdoor living spaces and large windows to take in the views.

Perhaps the most coveted houses are those located at the narrowing end of the peninsula where the land is so thin that both the back and front of the property are located on the water.

The median sales price for residences on Merritt Island was $400,000 as of last month, according to data from Realtor.com, a substantial jump from price just two years ago when the median rested at $241,200.

Lower prices can be found on the northern end of the island where higher population density and a larger land area mean more options for affordable housing, including townhouses and condos.

Median-priced properties can be single-family homes, often found in Central Merritt Island, near but not on the water.

As the peninsula tapers, prices grow considerably. Homes on the river can reach upwards of $3 million.

The Vibe Of Merritt Island

Like the waters surrounding it, Merritt Island is a blend of river and ocean lifestyles. Thanks to the wide clearance of the Indian River, fishing, kayaking and jet skiing are readily available.

A vast majority of the area is residential with centralized retail and commercial activity, leaving the coast of the island free from noise and traffic, furthering the region’s rustic, tropical aesthetic.

Some of the most popular restaurants are along the shores of the river, such as the Island Waterfront Bar and Grill, a local favorite known for a seafood-centric menu and live music.

The area’s public schooling is operated by the Brevard Public Schools district, which serves about 74,000 students throughout the county.

About an hour’s drive inland is Orlando and the Orlando International Airport.

Just down the coast are many of Florida’s most popular eastern destinations including Vero Beach, which sits roughly 60 miles away. Another 100 miles south is West Palm Beach.

Miami is about 200 miles south, or a three-hour car ride, from Merritt Island.