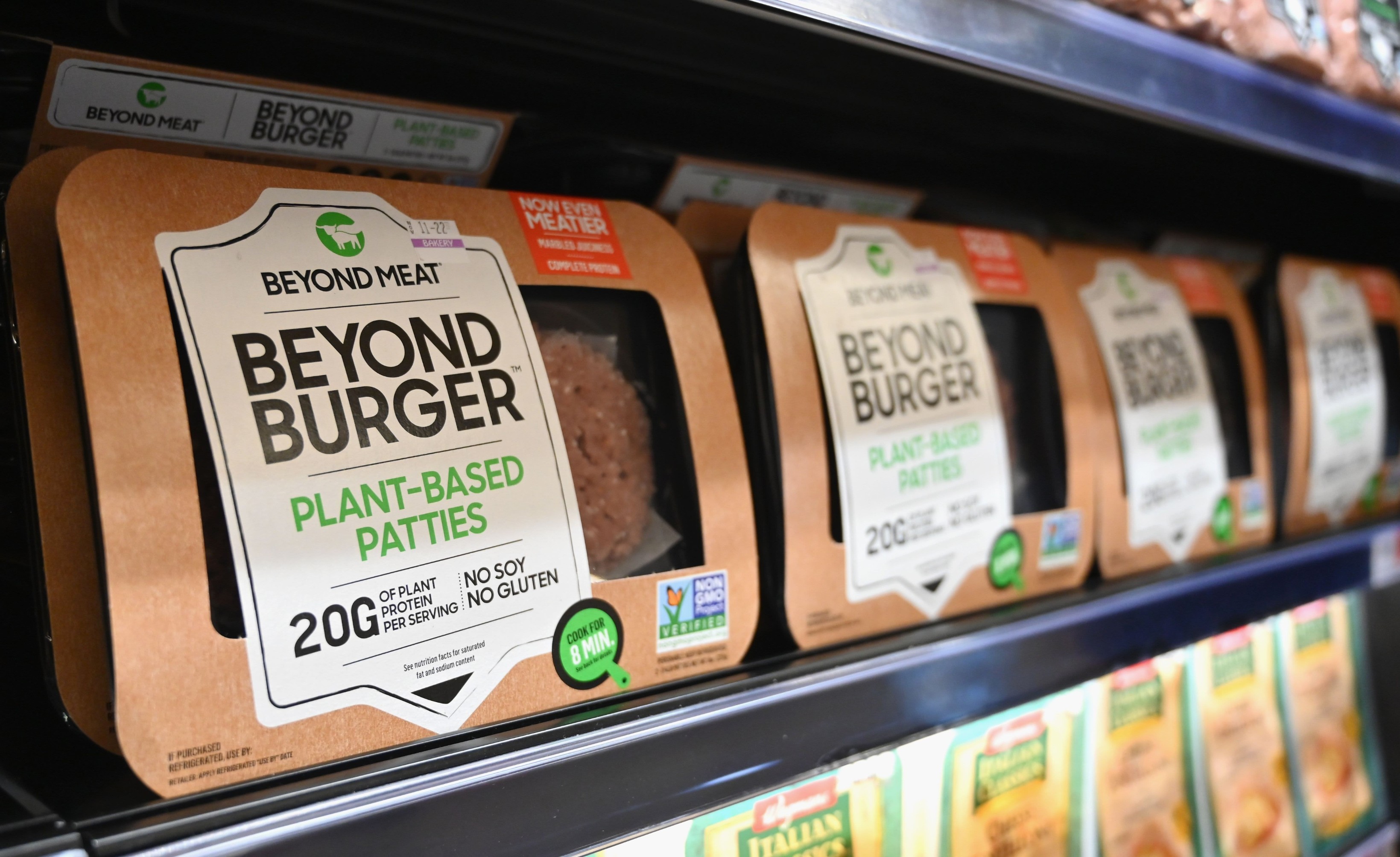 Beyond Meat “Beyond Burger” patties made from plant-based substitutes for meat products sit on a shelf for sale in New York City.
Angela Weiss | AFP | Getty Images

Beyond Meat — Shares of the alternative meat producer tumbled more than 11% in extended trading after the company reported a wider-than-expected loss and shrinking revenue for its fourth quarter. Beyond Meat also released a weak forecast for its 2022 revenue.

Coinbase — Shares of the crypto trading platform dipped more than 5% in after-hours trading even after the company reported fourth-quarter earnings that beat analyst estimates. The company predicted that retail Monthly Transaction Users (MTUs) and total trading volume would be lower in Q1 2022 compared to Q4 2021.

Etsy — The online marketplace saw its stock pop a whopping 15% after the company beat analysts’ estimates for the fourth quarter. Etsy reported earnings of $1.11 per share for the December quarter, ahead of analysts’ consensus expectations of 79 cents, according to Refinitiv. Its quarterly revenue also came in above expectations.

KAR Auction Services — Shares of the used car company soared more than 60% in extended trading after it said it has agreed to be acquired by Carvana in a $2.2 billion all-cash deal. Carvana, which also reported a wider-than-expected loss for the fourth quarter, saw its stock fall more than 10% in after-hours trading.

SBF bail guarantor to go public, UK crypto framework and Celsius news: Hodler’s Digest, Jan. 29 – Feb. 4
Panel discusses benefits of ESG disclosure
New York AG will seek sanctions on Trump, lawyers over ‘false’ court filings in fraud suit
Nashville Estate Loved By Country Music Celebrities Is Up For Absolute Auction
Rumor has it that Dogecoin could shift to proof-of-stake — What does that mean for miners?