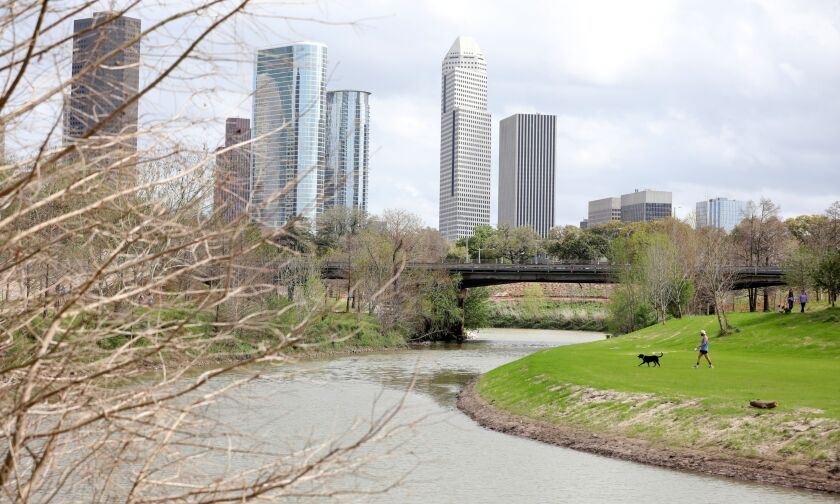 Municipal bond issuers in the Southwest sold $90.8 billion of debt in 2021, down 3.2% from 2020, according to Refinitiv data, as lost refunding volume outpaced a gain in new-money sales.

Texas weighed down the region, as volume in the Lone Star State fell 12% to $52.4 billion, outpacing gains in some other fast-growing Southwest states.

That first glance, though, may be a bit deceiving.

“I think the year before was really big,” said Trey Cash, a managing director at Masterson Advisors. “It wasn’t so much that last year was a real down year but we were coming off a big year.”

And that is true: Texas bond issuers in 2020, despite the COVID-19 pandemic’s onset, had a banner year, with volume up 35% from the previous year, hitting $59.5 billion.

The same story plays out for the Southwest as a whole: Regional municipal bond volume in 2021 beat 2019 numbers by 14%.

New money issuance in the region, reflecting national trends, experienced a robust gain in volume and in number of deals; issuers priced 1,973 new-money deals for $52.9 billion, a 35% volume increase from $39.1 billion on 1,768 deals in 2020.

Deals Refinitiv classified as combining new-money and refunding were down almost 20% to $12.5 billion.

Debt classified for education represented the largest sector at $30.4 billion, down 7.2% from 2020. The region’s issuers sold $12.4 billion of transportation debt, a fall of almost 30%.

The use of bond insurance was up, reflecting significant growth nationwide.

And the 12% drop in Texas pushed the region’s year-over-year volume comparison into the red.

The education sector in Texas was down 22.2% year-over-year to $17.7 billion, reflecting a national slippage.

Transportation was down 35% in Texas to $8.8 billion, even as the sector gained nationwide.

Tax-exempt volume gained slightly in the Lone Star State, up 4.1% to $37.2 billion on 1,475 transactions, eight more than the year before.

But new-money sales jumped 49.6%, reaching $28.7 billion in a gain that did not quite offset the loss of refunding volume. Individual new-money deals were up as well, hitting 1,033, from 872 the year before, according to Refinitiv.

The new-money volume gain in Texas outpaced the national trend, in which volume was up 15.8%.

Most tax revenues continue to be affected by base effects, he said; revenue collections in 2021 were suppressed by the pandemic.

But compared to January 2020, before the pandemic, sales tax collections were up 24.9%.

“Fueled by continued strength in both business and consumer spending, receipts from most sectors strongly surpassed pre-pandemic levels,” he said.

Volume was up in five of the region’s eight states.

Among the big gainers was Colorado, where issuers sold $13.1 billion of bonds, up 22% from 2020, comfortably holding the state’s position as the number-two source of municipals in the Southwest.

Fast-growing Arizona also saw a significant gain, up 12% to $7.4 billion.

The city of Houston was Texas’ top issuer, credited with almost $1.3 billion on nine transactions. It finished just ahead of Dallas Fort Worth International Airport, credited with three deals totaling more than $1.2 billion.

All six of the Southwest’s largest issuers were from Texas; Salt Lake City was the biggest issuer elsewhere in the region, credited with $949 million as the city advanced a major airport project.

Salt Lake’s $904.6 billion airport deal in July was the region’s second largest all year, trailing only a $1.1 billion refunding by the Texas Municipal Gas Acquisition and Supply Corp. in January.

RBC Capital Markets topped the Texas league table for underwriters, credited by Refinitiv with $4.2 billion in volume on 116 deals. Next in line were Morgan Stanley, Raymond James, BofA Securities and JPMorgan Securities.

The same three firms finished in the same order in the tally for the region as a whole.

RBC topped the Southwest regional underwriting table, credited by Refinitiv with $7.8 billion on 182 transactions, ahead of JPMorgan Securities and Piper Sandler & Co.

Hilltop’s dominance among Texas municipal advisors carried it to the top of the regional table with $17.9 billion on 406 deals. RBC was second at $5.3 billion, followed by PFM at $5.1 billion.